A plague is ruining the land and the Tree-of-Life is bleeding death from its roots. The Tribes stand divided. Explore a world in turmoil and define its fate – will you be its saviour or lead it to an even darker destiny?


Finally, Biomutant comes out of hiding to give us a nice long look at this highly anticipated action RPG.
Click to expand...

same gameplay but without the dude talking over it

If you were going to make a new Biomutant gameplay trailer, what would you show? Impressive cities and vast landscapes? Action-packed combat, true martial arts masters showing off their skills or an outpost being conquered? Wild, exotic and fluffy creatures, plus majestic, towering bosses who test your limits? Crazy mutations and abilities on the Hero? A submarine, an airship a combat mech and some mounts for the hero to ride on? Or just So. Many. Weapons?
Click to expand...

About damn time! I've been waiting for this for a long time
OP 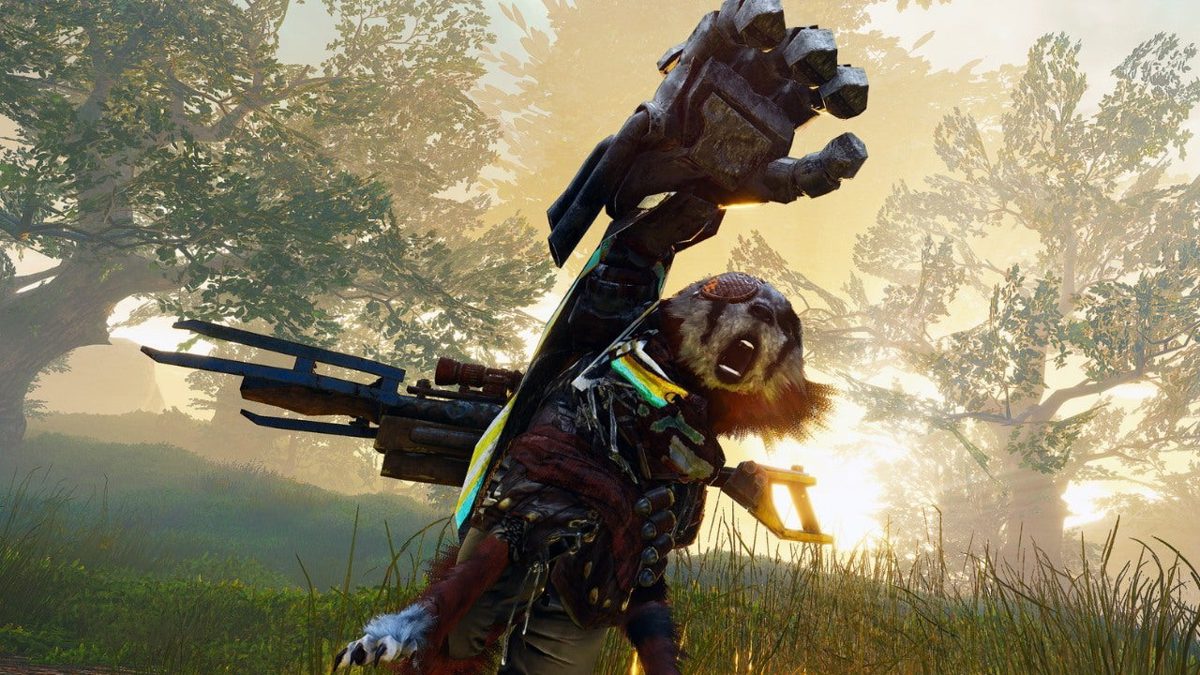 Biomutant: Here's Why the Developers Have Been Quiet for So Long

Rather than ship a buggy game, Ljungqvist says Experiment 101 has been taking its time to quietly build a truly finished product.
“It's a big game, a big bite for 20 people to chew off,” says Ljungqvist. While Biomutant’s map may be just eight square kilometers, it’s packed with warring tribes, conquerable outposts, strange creatures to fight, and a protagonist who can mutate into new forms to overcome obstacles.

That 20-person team, established by ex-Avalanche Studios employees, is determined to stay small. But while that helps keep the studio nimble, it also imposes some restrictions. “At the end of the project, there's only a certain amount of bugs that you can physically fix during the course of the day,” says Ljungqvist. And that’s what much of Biomutant’s last year of development has been: bug squashing.


“It’s been a huge amount of work for QA, because it's not easy in an open-world game to find them,” explains Ljungqvist. “And then once they've been found, we have to fix them, and that's put some additional challenge on us, being a small team.”

Ljungqvist is realistic about being able to ship Biomutant completely bug free - a game with so many systems in its sandbox world is difficult to deliver without the odd problem - but he wants it to arrive in players' hands as solid as possible. “Any game is going to ship with [smaller] bugs, but I'm talking about bugs that are truly disruptive to the game experience,” he says. “We don't want to ship with that. I think that's what caused us to just wait until we were ready to do it.”

Quality assurance isn’t the only thing that’s been happening at Experiment 101 over the last year, though. Biomutant has, well, mutated in that period, too. “If you look at the script, by the end of 2019 I think it was about 80-85,000 words. Pretty much a novel,” recalls Ljungqvist. “But in the final game, it's closer to 250,000 words. That was a big thing, to wrap that script.”

Those new words are scattered across many different areas of the game, which in turn has demanded further development work on those features. Ljungqvist notes that, as a result of the expanded script, players can expect a reactive karma system called Aura, which will change NPC dialogue based on your light or dark allegiance. There’s also a better tutorial system, which more effectively communicates Biomutant’s overflowing toy box of ideas. On top of the additional script forming the basis of these features, the game will be available in 13 different languages, 10 of which are fully voiced, and so localisation is required on all those added words. It’s safe to say it’s been a busy year for Experiment 101.

Ljungqvist has been careful to pace the studio, though. “I've been doing this for quite some time,” he says, referring to his almost decade-long tenure at Avalanche Studios. “I myself was burned out. I learned a lot on those themes, on those subjects. I learned to recognize it.” This goes some way to explain the studio’s ‘ready when it’s done’ approach, and lack of constant public updates. It’s an approach that has been supported by publisher THQ Nordic, Ljungqvist says, at a level he’s “never had before”.


The lack of pressure from THQ Nordic to ship Biomutant has been a blessing, as the negative outcome of crunch would be destructive to both individual staff and the studio overall, Ljungqvist explains. “I mean, the studio, we are 20 people and we can't afford to have [staff] leave the studio, or be destroyed during development. That would be devastating.”

“For certain pushes, you might do it in a limited form,” he acknowledges. “But the most important thing is you get paid, which is not common in our industry, crazily enough. And also you get ‘recap time’, because you have to have rest. If you're just doing this constantly for 12-14 hours a day, you will eventually have to pay for it.”

“I think it's part of the DNA of the studio to not do it,” he concludes. “That's why I think for us, if we do it, it's controlled, and it has been rare. I guess now moving into the release, we're prepared to do it for some days, but it's not the constant thing. It will kill you.”

With the announcement of the May 25 release date, some fans may have been surprised to see that PlayStation 5 and Xbox Series X are not listed as platforms that Biomutant will launch on. It is, afterall, easy to assume Experiment 101’s silence and the continued development was due to the team preparing Biomutant for next-generation systems. Ljungqvist confirms this is not the case - Biomutant is a ‘last-gen’ game - but there’s good reason for that.

“When we developed the game, we lead on the last-gen,” says Ljungqvist. “And if you look at it from a development perspective, that's really important because it's easier to scale up than to scale down.”

“I think for us, as a team, we would like as many as possible to be able to play the game,” he adds, noting the currently small install bases for PS5 and Xbox Series consoles. “So, if we just release it for ‘next-gen’, I think that would not have been a good way forward.”

Despite this, Biomutant still takes advantage of high-spec hardware. “There is a high-end version of Biomutant already made for PC high-end versions,” Ljungqvist says. “I mean, the game already in some form exists in what you would expect on the current-gen platforms.”

AngryJoe talks with Biomutant's Creative Director, Stefan Ljungqvist, in this Angry Interview! What is Biomutant? What does this game dev think about his game and recent game development controversies in the gaming industry?
Click to expand...

Pre-order now & get the Mercenary class DLC, a unique combination of perks, in addition to the full game. For digital and Collector's Edition pre-orders only.
Click to expand...