|OT| EarthNight - A Harrowing Dive through a Dragon-Filled Sky 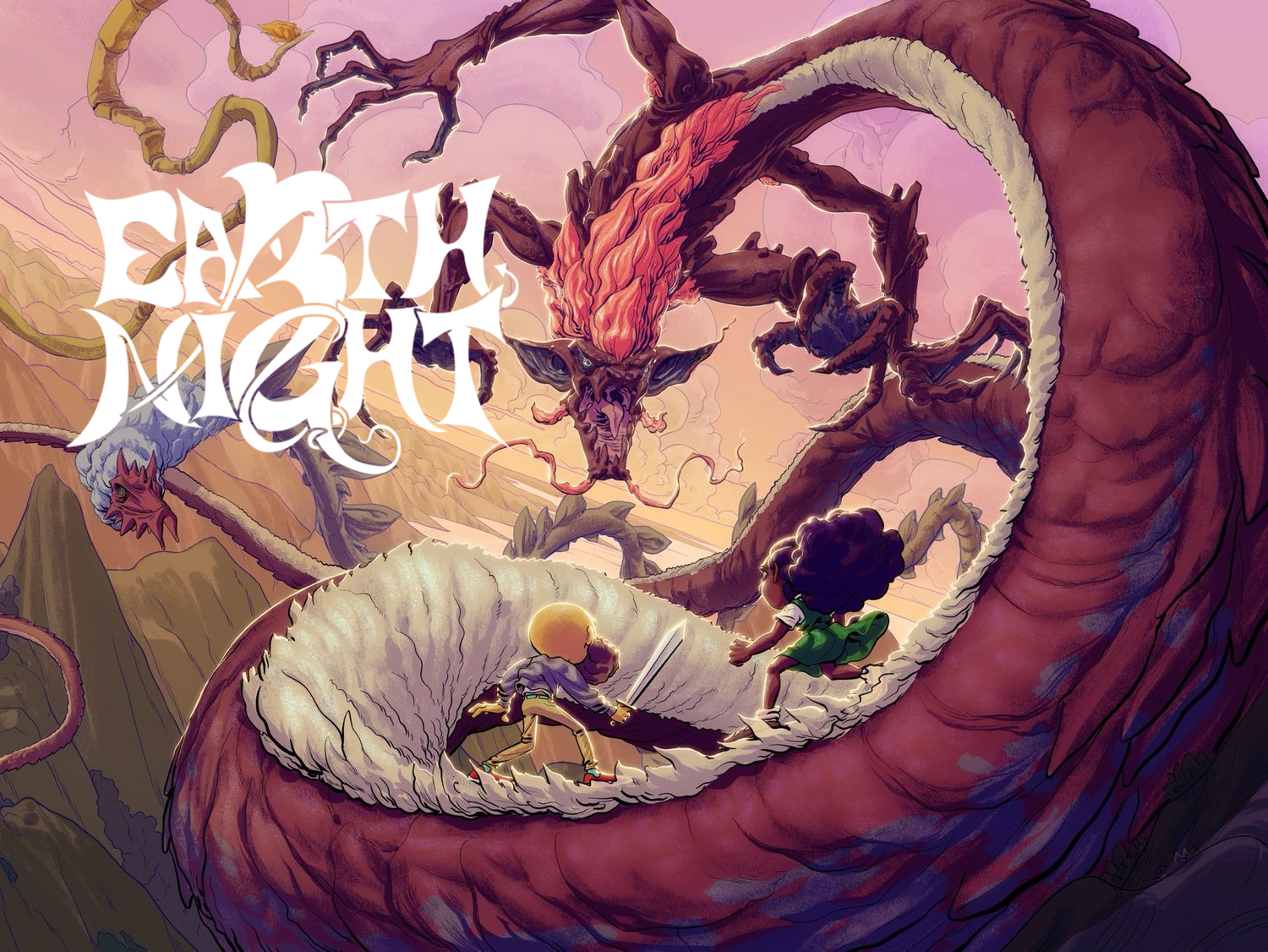 EarthNight, a hand-painted platformer about surviving the dragon apocalypse, will launch for Switch in addition to its previously announced PlayStation 4, PC, and Mac versions in 2019, developer Cleaversoft announced. EarthNight will be released in Fall 2019!


DRAGONS HAVE TAKEN OVER THE EARTH.

It's up to a 14-year-old high-schooler and a freelance photographer to stop them.

EarthNight is an illustrated procedurally generated platformer that takes place in a dystopian future just after the dragon apocalypse. Humans have been exiled to space, forced to live in orbit above the planet. But Sydney and Stanley have had enough! They’ve decided to skydive back down to the planet, taking out as many dragons as they can along the way.

Each run begins in space. You must traverse five layers of the atmosphere on the perilous journey down to Earth alternating between skydiving and running on the backs of dragons. Your path to EarthNight will always be different and riddled with danger.

EarthNight is a painting brought to life and a love letter to classic arcade games. Dragons have taken over the Earth, and humanity has fled to space. You must help Stanley and Sydney skydive back to Earth while careening across the backs of massive, snake-like dragons as they soar high above the planet, all while an original chiptune soundtrack pounds away in the background. Every moment is intense and layered with intricacy.
Click to expand...

seems to be up

heh took them a while to post Launch trailer :-D

EarthNight is an illustrated epic 2D platformer about the dragon apocalypse out now on Switch, Steam & Apple Arcade. PS4 will launch shortly.
Click to expand...

Okay, that looks bonkers. Ha, good on 'em we need more crazy stuff like this in gaming!
Reactions: prudis

Damn that looks crazy in the best possible way