News Moving Out - releasing in April 28 | now published by Team17 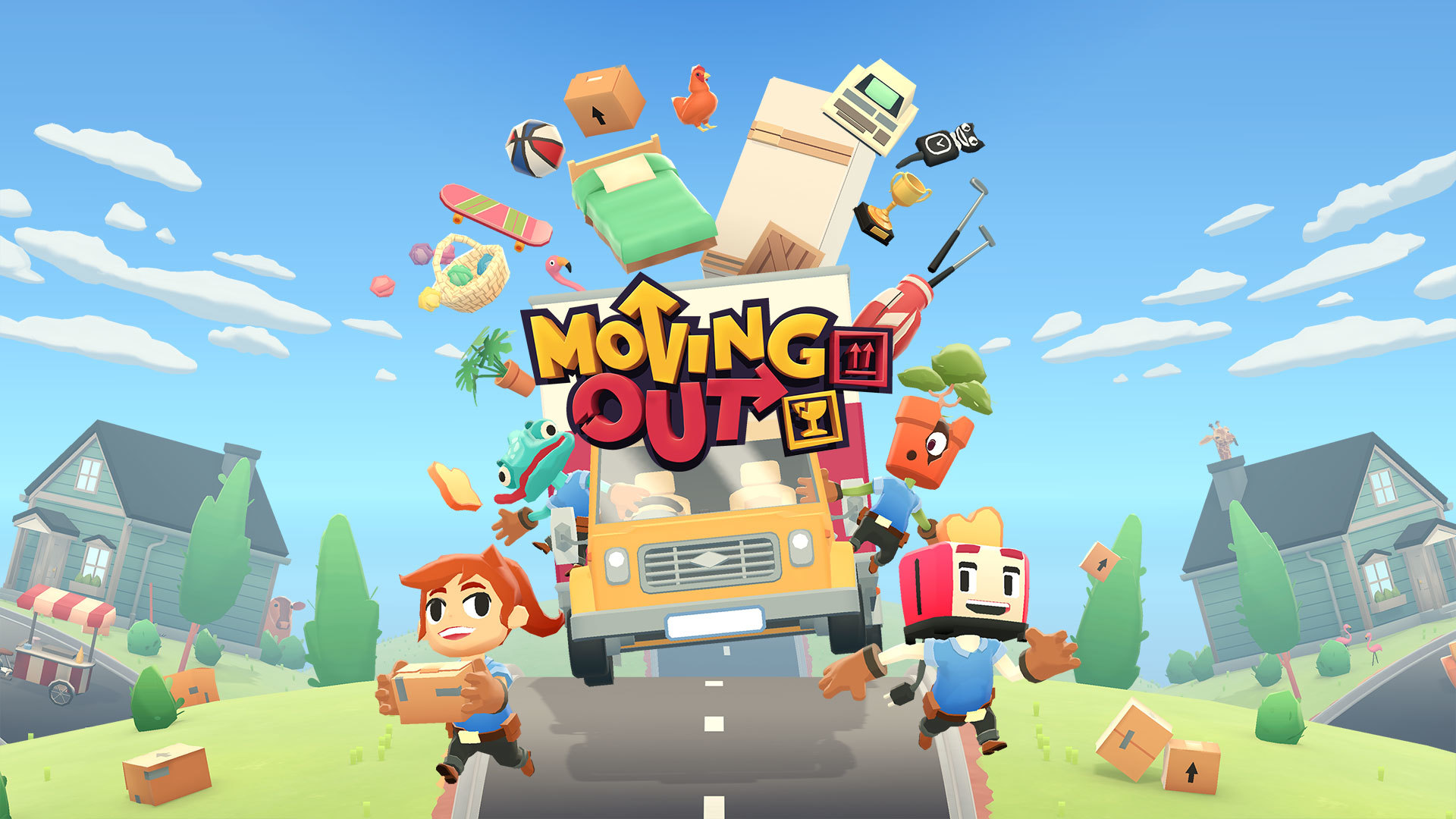 
SMG Studio and DevM Games-developed chaotic moving simulator Moving Out will launch for PlayStation 4, Xbox One, Switch, and PC in 2020 under the publishing of Team17, the company announced !

In Moving Out players can train alone or with friends to learn the dos and don'ts of moving furniture. Expect plot twists, irreverent humor, cameos and borderline trademark infringing scenarios. You thought moving was dull, think again!

Co-op! Enjoy the game solo as an independent contractor or team up with some friends for the full story mode. Up to four players can cosy up on the couch together and argue over the best way to move…..a couch!

Action! Players will learn the ropes in a series of increasingly precarious and fantastical instructional lessons. These span everything from unloading unwanted office supplies to smuggling giraffes out of the zoo

Puzzles! How freight gets from one place to another is entirely up to players, so toss the manual out the window and get creative. Break down the walls, throw things, and use technology like portals and ray guns.

Physics! Don't know the perfect trajectory to throw a refridgerator through a window? You will!

Grab your friends and become a certified moving master in Moving Out!

Moving Out is currently in development as the premiere title from SMG’s Melbourne studio and is made in collaboration with Stockholm-based developer Devm Games.

wait ... reveal? didn't they announce it a few months back?
OP

lashman said:
wait ... reveal? didn't they announce it a few months back?
Click to expand...

iirc that was before the publisher ... so its retty much Team 17 revealing that they grabbed this game
Reactions: lashman

prudis said:
iirc that was before the publisher ... so its retty much Team 17 revealing that they grabbed this game
Click to expand...

Take couch co-op to a whole new level when Moving Out comes to Nintendo Switch, PS4, Xbox One and PC on April 28th 2020.
Click to expand...