Don't Play Alone
From the developers of Until Dawn...

Enter the world of The Dark Pictures - A series of standalone cinematic horror games. Players will be challenged to explore and uncover each story with the knowledge that all their choices have consequences and all playable characters can live, any and all can die...

Man of Medan is the first game in The Dark Pictures anthology, bringing supernatural horror to the South Pacific. Five friends set sail on a holiday diving trip with a rumored WWII wreck to find. As the day unfolds and a storm rolls in, their trip soon changes into something much more sinister. Who will live? Who will die? It’s down to you. Can you save them all?


A Terrifying Experience​
Supermassive Games delivers a new, horrific narrative journey where you will have to confront your deepest fears.​
​
Can You Save Them All?​
All playable characters can live and all can die. The choices you make will decide their fate. Death could be just around the corner…​
​
What Will You Do To Survive?​
Each choice you make has a consequence which can mean life or death for your character. Will you keep your head whilst struggling to survive? What decisions will you make?​

The Dark Pictures Anthology: Man of Medan will launch for PlayStation 4, Xbox One, and PC on August 30, publisher Bandai Namco and developer Supermassive Games announced.

Pre-orders will include day one access to the “Curator’s Cut” of the game. Here is an overview of the Curator’s Cut, via Bandai Namco:

The Curator’s Cut opens up a myriad of different options and an alternative path through the game, experienced from an entirely new perspective. The Curator’s Cut will reveal its secrets once the game has been completed once, from there, a new world of possibilities open up to players, including:

seriously can't wait to play it

come on Bamco, put that store page up already!
Reactions: FunktionJCB and prudis

Really looking forward to it!
The idea of a series of interactive "b-movies" really appeals to me.
Reactions: lashman

FunktionJCB said:
Really looking forward to it!
The idea of a series of interactive "b-movies" really appeals to me.
Click to expand...

that's like the PERFECT format for episodic stuff ... i seriously can't wait to play it ... and definitely looking forward to the next "episodes"
Reactions: FunktionJCB
OP

yep really like the idea of separate stories over the episodic release of one story others do
Last edited: May 22, 2019
Reactions: FunktionJCB and lashman
OP

`The first three [games] are well underway and the fourth and fifth are fairly well advanced from a narrative perspective.” He added that the team is already planning at least three more to follow.

Samuels also outlined a rough release schedule, saying that two entries should launch within any twelve-month window, suggesting that The Dark Pictures Anthology is a long-term venture for the team.
Click to expand...

Supermassive Games has revealed that it already has four Dark Pictures Anthology games in development to follow Man of Medan later this year.

Supermassive Games has revealed that it already has four Dark Pictures Anthology games in development to follow Man of Medan later this year.

I’m so excited for this. Until Dawn is one of my favorites.
Reactions: FunktionJCB

TheGreenArrow said:
I’m so excited for this. Until Dawn is one of my favorites.
Click to expand...

I've never played it personally but I've watched some playthroughs and it looks like a fun game. Even though I already know the ending, I'd be there day1 if they'd release it on Steam somehow (I actually tried playing it through PS Now but the quality was too bad and I couldn't be arsed to connect a DS4 controller to play with).
Reactions: TheGreenArrow and FunktionJCB

Looking forward to play this! Sadly we don’t have much variety in games recently. It’s either open-world or a shooter

Loved Until Dawn, I'm really glad this is coming to PC as well.

Got my pre-order already in the European Bandai Namco store.

I had enough points to trade for a €20 discount voucher, so the game ended up costing me €9,99.
Reactions: beep boop, Milena, Rosenkrantz and 2 others

Gotta remember yo add this to the list.
Reactions: lashman and FunktionJCB
OP

Waiting for reviews but if it's anything close to that first one they did, I'm all aboard.

Love the idea of couch co-op up to 5 people. I'll probably pre-order this is the next few weeks.
Reactions: FunktionJCB and lashman
OP

See things from a different perspective! Pre-order now and get early access to The Curator's Cut.
Click to expand... 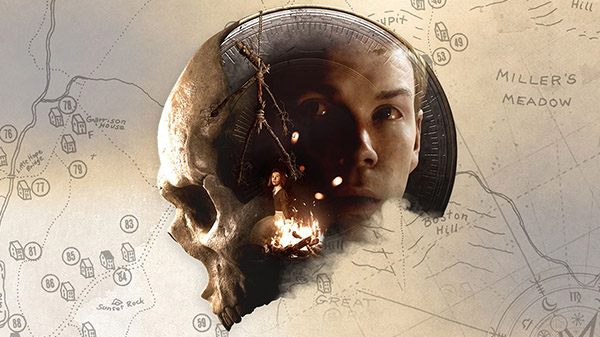 “We’ve been delighted by the reaction from players and the success of Man of Medan as the first installment of The Dark Pictures Anthology,” said Supermassive Games CEO Pete Samuels in a press release. “We really appreciate feedback from the community and the team remains committed to the goal of making each new installment deliver further thrilling horror experiences, with the next chapter, Little Hope, bringing an all new and disturbing horror story to the anthology.”

Little Hope is the second game in The Dark Pictures Anthology. Trapped and isolated in the abandoned town of Little Hope, four college students and their professor must escape the nightmarish apparitions that relentlessly pursue them through an impenetrable fog.

What happens in the past, never stays buried.
Your tour of Little Hope begins this summer.
Click to expand...

I'm still unable to play the first game, because me (and plenty of other users) are experiencing issues with the cutscenes, and the developer/publisher never patched it.
Reactions: lashman

FunktionJCB said:
I'm still unable to play the first game, because me (and plenty of other users) are experiencing issues with the cutscenes, and the developer/publisher never patched it.
Click to expand...