I wonder if that's because they are original songs rather than covers?
There's also a lot of bands and artists out there so exposure is always going to be an issue. Just like gaming.

quoted for new page for the 50ppp Peasants like me.


Mutant Strawberry said:
The 48 hour vtuber mv event is now live. 2 hours in and there's been some really good stuff so far. My subscription list grows ever longer.

edit: 10 hours in and this has been my background to my workday and some minecraft this evening and bloody hell there's been some stunning tracks in this stream so far. There's been a ton of VTubers popping in to chat and just a generally great vibe from what i've seen.
Well worth having on in the background at the very least.
Last edited: Nov 20, 2020
Reactions: Mutant Strawberry

Still sorting through the ton of tracks from the AZKi Weekend event which was an amazing stream to have on in the background and to watch. I'll post a bunch in here later this week probably but I have been listening to Kanade Nagisano a lot the last few days. I have no idea what the lyrics are but i really like the songs especially "Our Life is...". The new tracks released over the last month or so have much better visuals and they have put the lyrics/poems in a pinned post too which really helps.

I've also watched a couple of clips from the Sports Fest Event that Hololive had at the weekend. Seeing Miko getting roflstomped by the rest of the teams while they throw food at a bemused Sora was a great laugh. Seeing Kanata blitzing the Elytra event and then Mel's Archery taking out Aki-Rose on her flight was cool.

Here's a playlist i found with a bunch of clips from different translators: Hololive Sport Festival Arc

Another English only streaming from Korone, too bad I missed it live.

Reminder that this legendary collab is happening later today

Haachama's Noodle Burger was mocked because of the chicken i hope because as someone who has a Pot Noodle sandwich once or twice a year it wasn't that odd to me and Lee Kum Kee agree. I picked up a recipe booklet in the Korean Market and this was in it too. 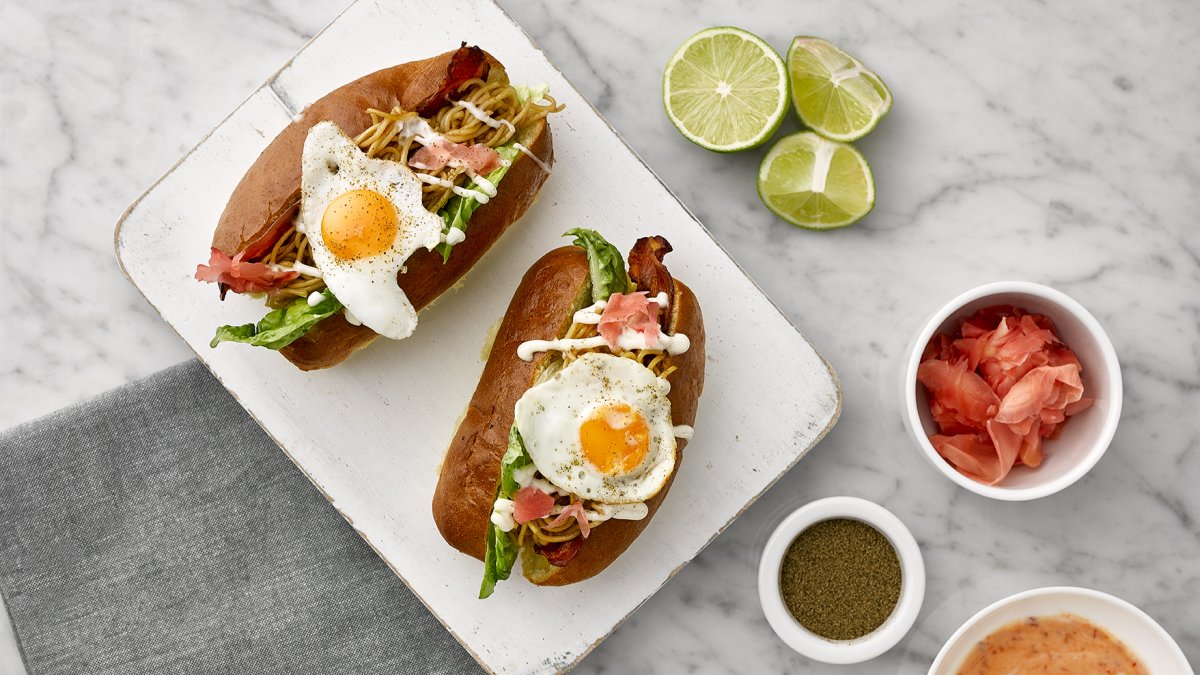 Noodle Buns are very popular in Japan. Not only is it very filling for lunch, the flavour is also extraordinary. With the extra crispy bacon and


I thought i'd posted this here before but looks like i was wrong so have a great start to the weekend with this Hololive DJ Remix from REDALiCE who is a well known underground/indie/Doushin? DJ & Producer who has written intro tracks for Haachama and Pekora. Enjoy!

The video is still privated but in ARK all the other girls had workshops so Watame built one and had a little ditty she sang which became Hololive meme history.

Now we need a Watame compilation in this thread. She's awesome!

Hololive Indonesia have announced Gen 2! Yay! 3 new members and they're already interacting with their Hololive Senpai's on twitter. Even calling HoloEN "Senpai" which feels odd but the HoloEN girls are having fun with them. Fingers crossed for some great collabs.

Callie, did it! She said she might and she actually went through with it! For an hour and a half the crazy lass asked Atlus to allow her play Persona 3 on a livestream. Atlus won't care but you gotta admire her chops for going for it. Ha ha ha ha, mad lass.

EdwardTivrusky said:
Callie, did it! She said she might and she actually went through with it! For an hour and a half the crazy lass asked Atlus to allow her play Persona 3 on a livestream. Atlus won't care but you gotta admire her chops for going for it. Ha ha ha ha, mad lass. 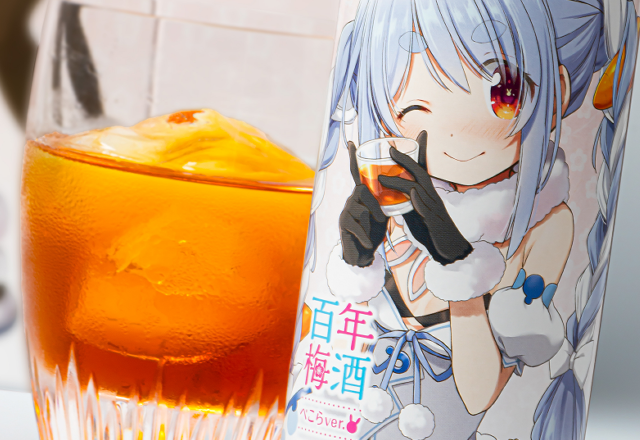 If any of you lot are in Japan when or if it restocks, gimme a shout!

Yeah, i think she graduated from school this year so she's back or going back soon.

Where do i apply

Kiara asked KOEI TECMO for permission to stream Atelier Ryza and will probably start streaming it in a week or so. She mentions they allowed her to play all the Atelier games but she's sticking with Ryza first. She didn't say if she'll stream Ryza 2 at launch just that she wanted to play it.

Callie took down the Persona 3 video. There's a whole slew of reasons going around but as usual, who knows? DMCA? Atlus PR? Took it down because it's served it's purpose and was a fun thing she didn't want it to keep fanning flames? There was something in chat? No idea.

Also, Kureiji Ollie from Hololive ID Gen 2 debut was hyper, holy crap.
Her follow up stream was a lot less manic but there's hope for some stupid high-energy collabs down the road.
A stream with Ollie, Kiara and Subaru could probably be chaos.

edit: Also, Sora was in chat and is pretty much pre-booked as a guest on Holotalk, Kiara's talk show. Cool. That'll be an interesting show for sure since Sora has been in Hololive since the start.
Last edited: Dec 6, 2020
Reactions: sanhora, Mutant Strawberry, Exzyleph and 1 other person

Well, she's carrying on the tradition of Hololive members getting banned by youtube for bizarre reasons. I wonder what it was this time?
Won't be the first and won't be the last.

She's running a meme contest on Reddit now. Making the best of a bad situation!


The timing is good for her at least as she had no big streams today. Imagine if this happened just before a JP collab.
Reactions: Rockin' Ranger and EdwardTivrusky
OP

This was so damn funny.

"I did think you were doing something weird"

"When I come home, you're always shouting"

I was rewatching eps of Coco's Shitpost Review and remembered i haven't posted this clip yet. I had to pause the video the first time i saw it as i was laughing so much at both the video and Coco's comments.

Coco and Kanata have moved in to the same apartment to save money and this is how the Overseas fans think Coco wakes Kanata.
12-40 if the timestamp doesn't work.

"Coco's Meme/Shitpost Review" is a show that Coco started so she can introduce Japanese fans to the memes made by "Kaigai Aniki" or "Overseas Bros" on Hololive Reddit and explain them. Sometimes the translations are a bit off but after watching a couple of different translations of the same show it sounds like Coco is explaining them pretty well for most of them. There won't be any more for a while as she's decided it's too risky to use most of the memes as they contain copyright materials and there are groups out there who will report the hell out of the videos. So until the community build up a library of self-made meme materials then the shows will not be regular any more.

Korone and Botan played Dead Space 3, but it has no Japanese subtitiles or Japanese VA.

~4 months ago I wrote this:

[...]
I think people might underestimate the impact and growth of Hololive (vtubers in general, but Hololive in particular).
And I don't just mean growth in viewers or subscribers, but growth in revenue as an industry. [...]
Click to expand... 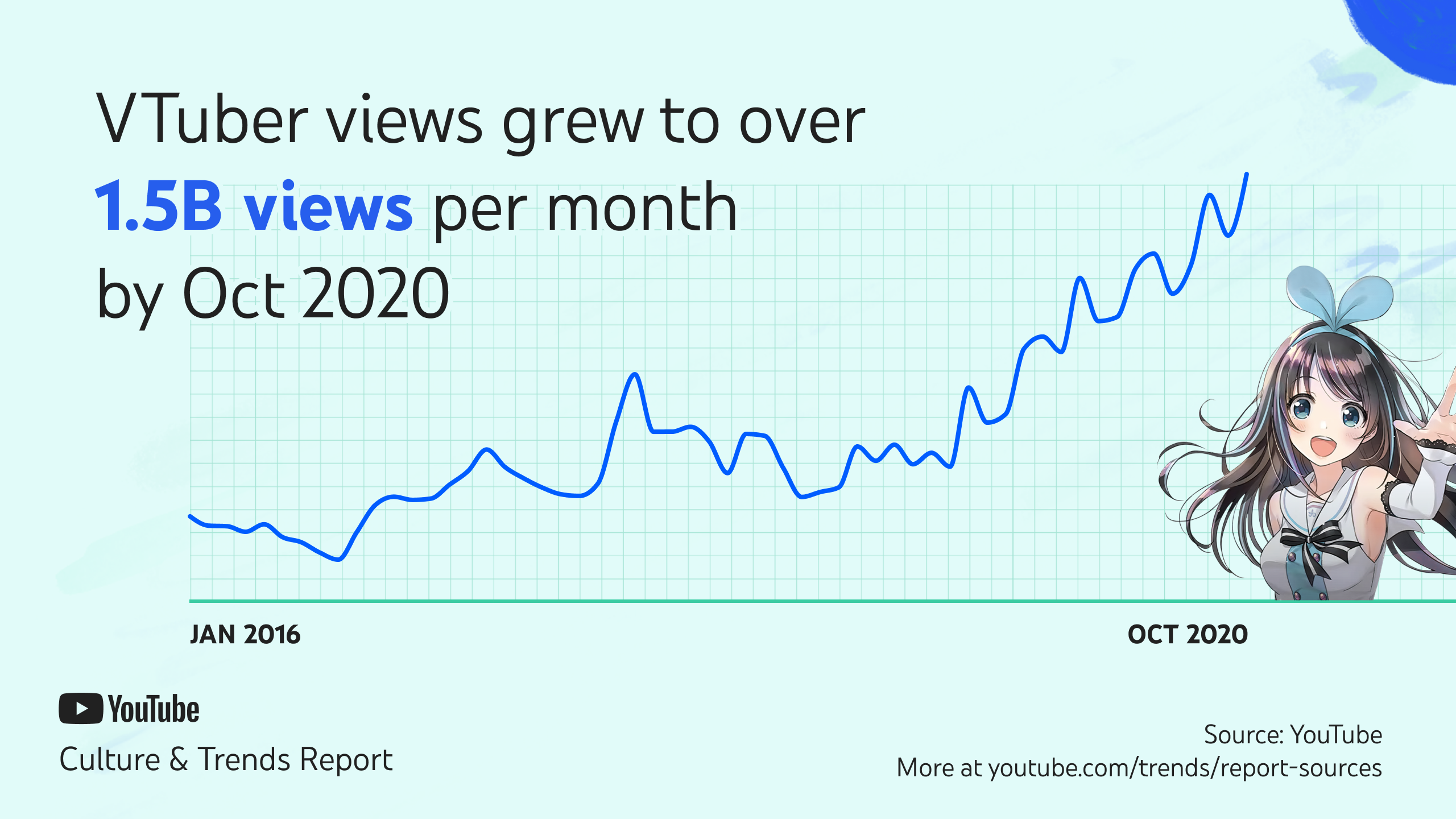 I'd love to know how that trend looks past October.
Reactions: EdwardTivrusky, Gizmo and Panda Pedinte

Following on from Gizmo 's post above.
Botan and Korone (BotaKoro) must have got along well as they did a 2nd collab this week. You can tell they were having a great time so here's some clips of them laughing to cheer you up. I really need a Mio and Botan collab where they play an amusing co-op game. their laughter and giggles would energise me for weeks at a time.

Just what we all needed.
Reactions: Durante, Kvik and Panda Pedinte

I saw about half an hour of Botan & Korone's PHOGS! collab this morning. That was hilarious. Their giggles are so infectious. A great followup from yesterday's Dead Space 3 collab (which also quite hilarious!) Korone getting scared of everything will never get old.

Oh, and I still need to catch up on Flare's Micra stream and Watame's Hanako stream. There's simply not enough hours in the day for their endurance streams.

I found an article on Dengeki Online about the Neptunia Virtual Stars game which shows what VTubers are going to be in the game. 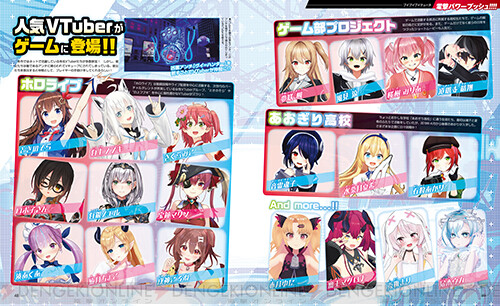 
Almost everyone is here. Except for the one who hates Nintendo.

New update for LiveTL has been released! (3.0.4) -- Including support for archived streams. 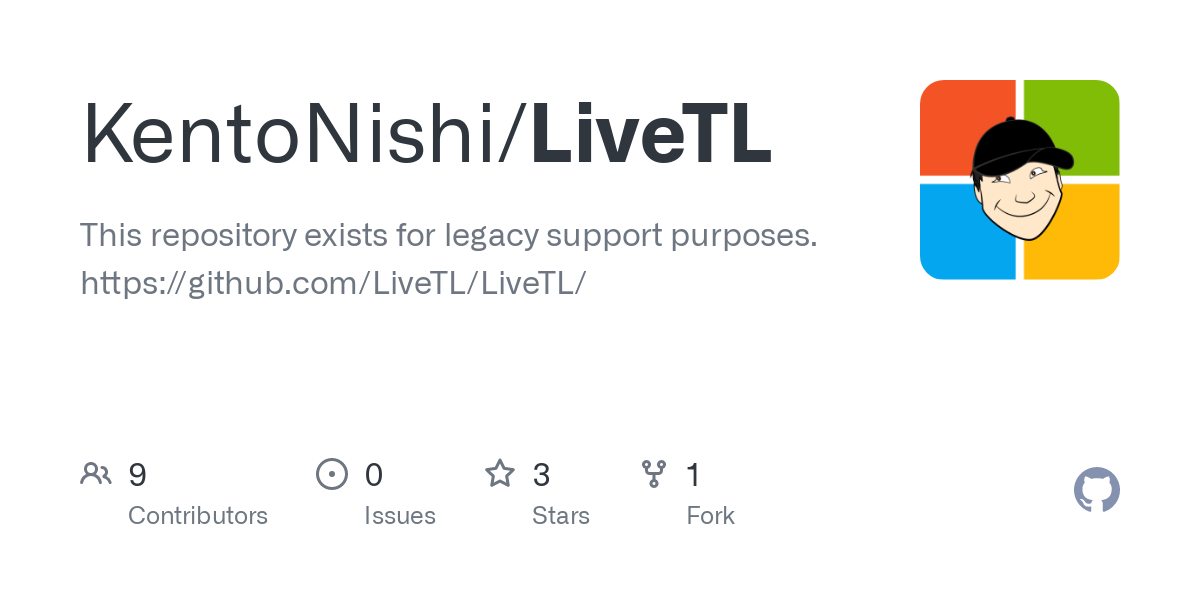 Get live translations for YouTube streams, crowdsourced from bilingual viewers!

Posting link to ytcFilter thread so we have TWO translation plugins visible for people who fall down the rabbit hole this Christmas/New Year! \0/

If anyone can make a bad game look interesting, it's either Korone or Botan.

I don't even want to link what she did...

I missed the HoloEN Minecraft collab but after watching that clip i'll be watching the full collab this evening.
It's not really a diss battle. They have the Go XLR Mixer which has a censorship beep button.
Gura almost starts crying from laughter.

I only watch Pikamee. Her suffering is my fuel

Some of her clips are great: