Batterystaple Games has announced 30XX, a cooperative action platformer sequel to the August 2017-released 20XX. It will launch for consoles and PC via Steam in 2021, and development is supported by Kowloon Nights.

The Year is...
30XX combines the crisp controls and fluid movement you love from action platformers like Mega Man X, the replayability of a modern Roguelike (Binding of Isaac, Enter the Gungeon, Dead Cells, etc) and co-op play into a single gorgeous package.

Awaken a thousand years after 20XX to realize the world that needed you is gone, changed irreversibly by the advent of the Synthetic Mind and a human race that's lost the will to reach for the stars. Explore the lush, verdant prison our world has become, and fight to save what remains.

if i can play as the red one all the time, then great =3
Reactions: lashman

Looking forward to this game. I hope there is a proper stage select rather a selection of stages to choose from after beaten the stage boss
Reactions: lashman
OP

Also this is interesting 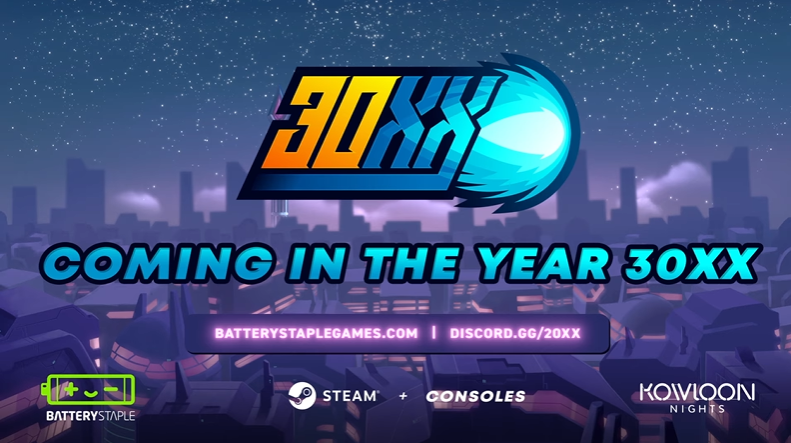 There is no EGS logo. 20XX was released on EGS some time ago, and with that they have changed to the EOS service, even on the Steam version. But here there is no mention for EGS
Reactions: prudis and lashman