DX versions of these titles from the Dusk series are now available as a specially priced 3-game set!

A trilogy of alchemy themed titles from the "Atelier" series, characteristic for its gradually dilapidating Dusk world and the fascinating characters that inhabit it.
With character designs by Hidari, the Dusk world is richly depicted.

Each entry in the trilogy is packed with a large number of previously released DLC, including additional battle characters, additional bosses and dungeons, extra scenarios, and extra costumes, as well as updates which take advantage of the improved system hardware to deliver high-resolution graphics and new quality of life gameplay improvements. Players will be able to experience the land of Dusk in the most complete trilogy package to date.

​
Atelier Ayesha: The Alchemist of Dusk DX is the first title in the series. Set in the land of Dusk, the game takes place on a deteriorating continent that had once enjoyed the height of prosperity through the powers of alchemy. Playing as a young herbalist named Ayesha, players embark on a journey to learn the secrets of alchemy and the glowing flowers in order to bring back Ayesha’s missing sister, Nio. Gamers will be able to keep a record of Ayesha’s adventures through the “weave memories system” where by performing in-game actions, players are rewarded with points used to fill Ayesha’s diary. Depending on what is written, players unlock certain synthesis recipes, bonuses, and more. Record with your own hand the various events that occur throughout your quest to find your sister, then reflect upon those memories as you continue to develop your character throughout the game. By meeting certain conditions throughout your journey, a variety of endings can be achieved.

​
Atelier Escha & Logy: Alchemists of the Dusk Sky DX is the second title in the Dusk series, and follows the exploits of Escha, an alchemist who uses ancient alchemy, and Logy, and alchemist who studies contemporary alchemy, as they meet for the first time. Working together in the Development Department, the two discover the mystery of the Dusk, and the game enables players to select whether Escha or Logy will be the main character, allowing them to enjoy the story from different perspectives. Escha and Logy’s job is to survey the city, and they are required to complete a large task within four months. There are optional tasks added throughout the game, and by clearing these tasks, they can receive various bonuses such as raising their stats or receiving reference materials earlier than normal, as the two set off to discover the secrets of the Dusk.

​
The third title in the trilogy, Atelier Shallie: Alchemists of the Dusk Sea DX, introduces fans to Shallistera – a young girl burdened with a mission, and Shallotte – a girl who befriends Shallistera, but has a hidden ambition. The closer the two friends become, the closer they get to unlocking the secrets of the Dusk. Gamers can play as either Shallistera or Shallotte as the main character to see the storyline through their differing perspectives. Throughout the experience, new things that the character “want to do” or “want to try” emerge. These represent the inner voices of the characters and are referred to as life tasks. Completing these tasks helps advance the story, and if they are completed within a given time frame, bonuses such as EXP can be obtained. Life tasks will change depending on the player’s play style, so everyone can enjoy the journey as they wish, whether they want to put their efforts into synthesizing and completing quests, focus on battle, or simply run around the magical world when they have spare time.

Publisher Koei Tecmo and developer Gust announced Atelier Dusk Trilogy Deluxe Pack for PlayStation 4, Switch, and PC (Steam) during a stage event on the third day of Tokyo Game Show 2019. A release date was not announced, but a worldwide release is planned.

More information will be announced on September 26. Pre-orders will open in Japan on the samd ay.
Last edited: Tuesday at 9:56 PM
Reactions: Gevin, Ascheroth, Mor and 1 other person

Escha To Logy is still at once the silliest and best Atelier title.
Reactions: prudis
OP

Atelier Dusk Trilogy will be playable for the first time on current consoles January 14th 2020 for PC Steam, PS4 & Nintendo Switch. The heroes of each adventure battle foes and learn the secrets of synthesis and alchemy in an effort to learn the true mystery behind "The Dusk".

The games also include a large number of special elements and DLC from the Dusk series' history; including extra costumes and accessories, numerous boss monsters, and the ability for additional characters to take part in battle.
Click to expand...

are these games locked at 720p without AA or something?

Shots from their store page: 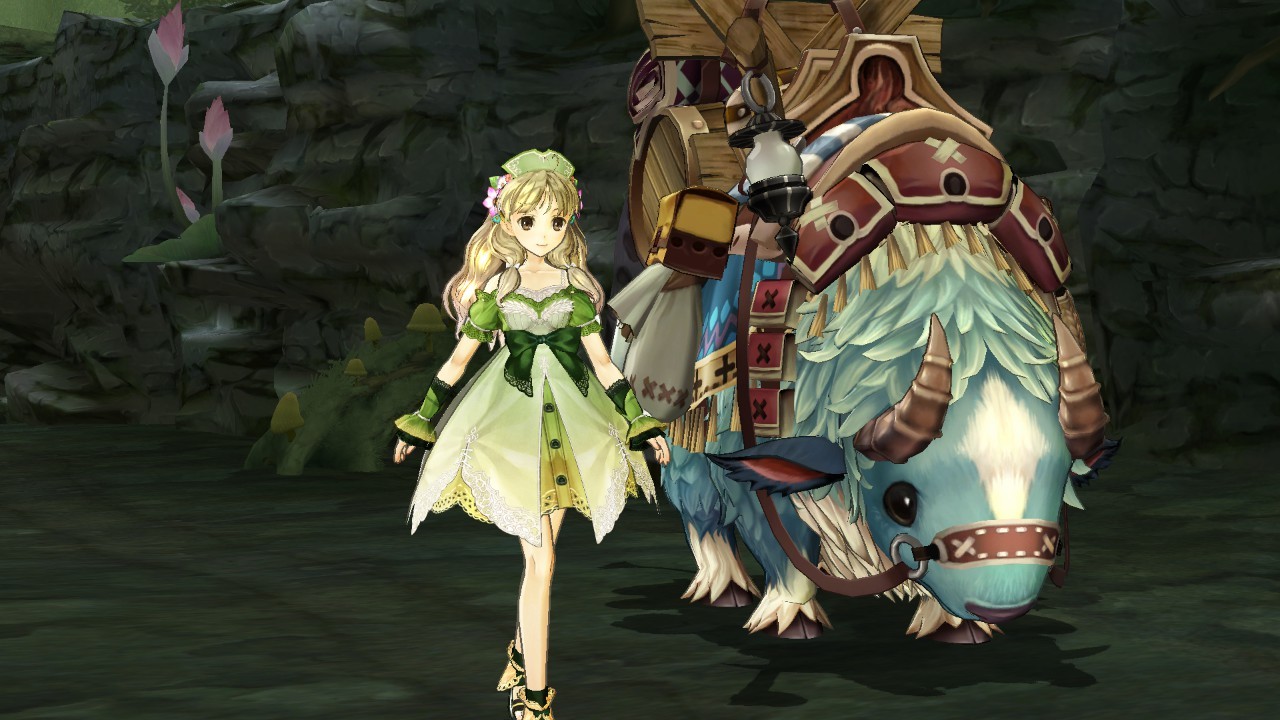 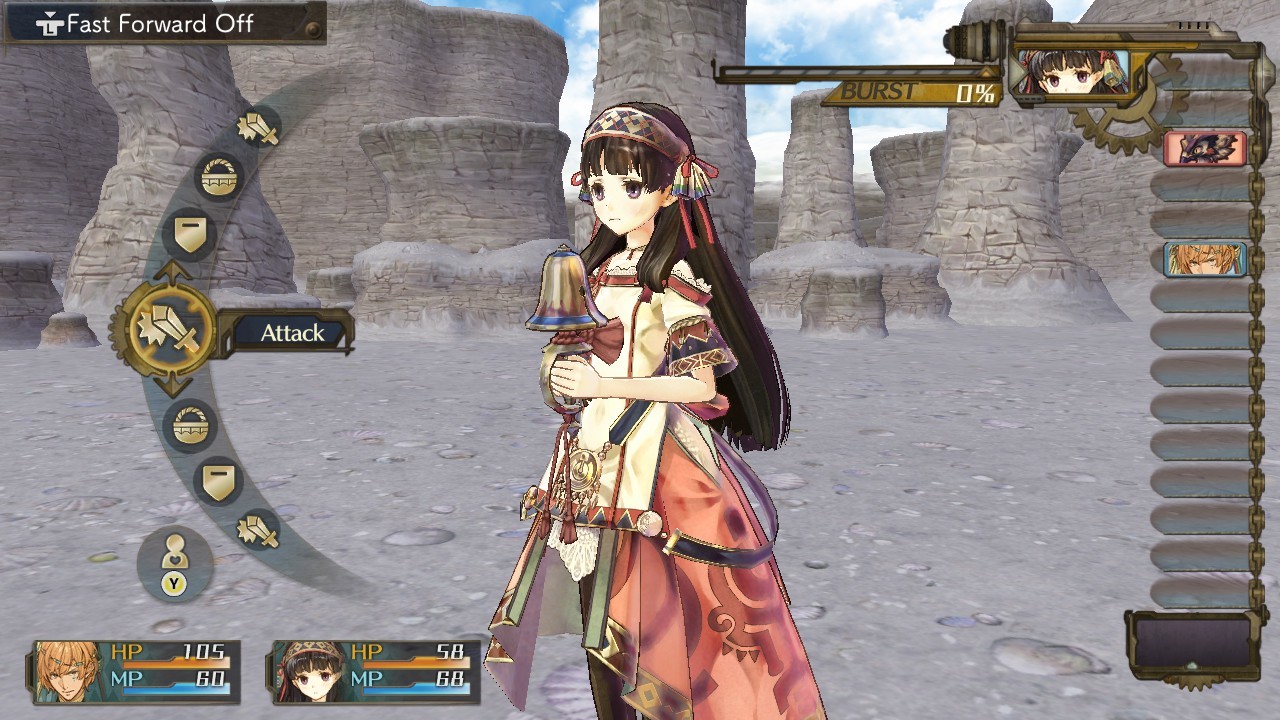 Each entry in the trilogy is packed with a large number of previously released DLC, including additional battle characters, additional bosses and dungeons, extra scenarios, and extra costumes, as well as updates which take advantage of the improved system hardware to deliver high-resolution graphics and new quality of life gameplay improvements. Players will be able to experience the land of Dusk in the most complete trilogy package to date.
Click to expand...

Anyone bought these? Screenshots from the community don't look too bad, looks like there's no AA?

KT putting the entire franchise on sale at those prices at release, do they think I'm made of money?
OP