Relive the real-time tactics masterpiece that defined the genre like no other: Originally developed by the legendary Pyro Studios, Commandos 2 - HD Remaster is a true homage to one of gaming’s most celebrated masterpieces. Experience Commandos 2 Men of Courage like never before in high definition with reworked controls, UI and tutorial.

Take control of an elite group of commandos who must venture deep into enemy territory and utilize their combined expertise to complete a series of notoriously demanding missions set in World War II. Go covert into various environments based on authentic World War II locations and lead your team of commandos against overwhelming odds, operate covertly and turn the tide of war.

Publisher Kalypso Media and developer Torus Games have announced Praetorians HD Remaster for PlayStation 4, Xbox One, and PC. It will launch in Q4 2019.

In Praetorians HD Remaster, take your place in an emerging Roman Empire by proving your worth on the battlefields of Egypt, the combat theatres of Gaul and the heart of the Empire itself in Italy, in a crusade to become Emperor. Combine your units, master their varied skillsets and exploit the weaknesses of your enemies to emerge victorious. But beware – the closer you get to the Emperor, the closer you get to facing the infamous Praetorian Guard.

The Kalypso Media Group is thrilled to announce that it has secured all rights to the highly-acclaimed fan-favourite gaming IP, Commandos. With this latest acquisition, the entire Commandos brand is completely owned by Kalypso Media, which not only covers future releases but also all distribution rights to the entire series thus far, including Commandos: Behind Enemy Lines, Commandos 2: Men of Courage, Commandos 3: Destination Berlinand Commandos: Strike Force, as well as Pyro Studios’ other titles, such as Imperial Gloryand Praetorians.
Click to expand...

I'm a huge fan of Commandos...I can't really tell the difference in those screenshots though.
OP

they are pretty visible in the video , at least for commandos
OP

I'm curious about the prices.
OP

FunktionJCB said:
I'm curious about the prices.
Click to expand...

based on official site

prudis said:
based on official site

I actually pre-ordered them last month, for a decent price, because they had an additional discount for 24/48 hours, + I had a 20% discount code from subscribing to their newsletter, and everything "piled up".
Reactions: lashman
OP

How do they mess up the remaster of a 20 year old game so badly? Buggy animations, censorship, low fov, no multiplayer, terrible optimization.

At least they didn't remove the original from Steam. You're better off spending $1.50 on that and installing the HD project mod for free. 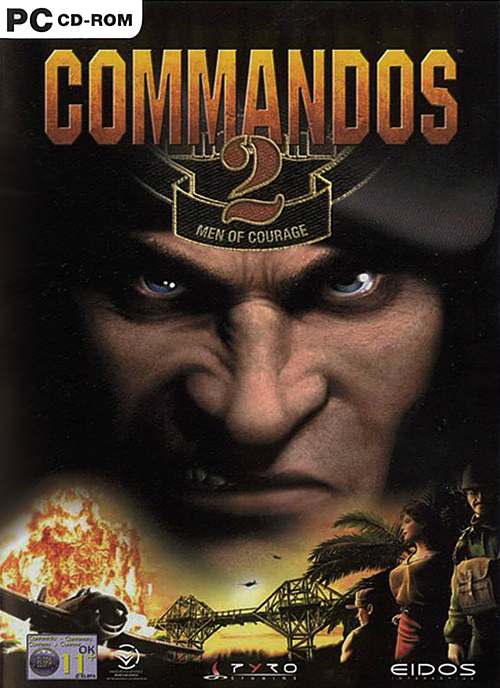 Yeah this turned out to be a dud.
Reactions: FunktionJCB

Phoenix RISING said:
Yeah this turned out to be a dud.
Click to expand...

Tell me about it.