The debut game from developer The Outsiders, Darkborn places you in the role of a little monster who must grow and evolve to seek revenge on the humans that devastated your family.
Click to expand...

Darkborn, the debut game from developer The Outsiders. Previously codenamed Project Wight,Darkborn is a story-focused action game where you literally play a monster in a classic revenge story.

Though still in development in a pre-alpha state, Darkborn is a first-person mixture of stealth and action as you inhabit one of the titular creatures in a bid to visit vengeance on the Viking-like humans who inhabit the world.

But there’s more to it than pulping your way through grunting, barbaric Norsemen. Darkborn is positioned to tell a unique story revolving around opposing powers in the world, while you and your family are caught in the middle. As evident from the 15-minute gameplay reveal above, the opening moments of Darkborn paint the picture of a caring family unit that’s literally ripped apart, sparking your journey to grow and evolve from a cub to a predator, gaining size, strength, and incredible bestial powers.

Speaking with The Outsiders co-founder, project lead, and longtime Battlefield and Payday developer David Goldfarb, Darkborn is about putting you on the other side of the sword, so to speak.

“Darkborn is first and foremost a game about being a monster,” Goldfarb said. “Playing it is about experiencing that monstrous quality – in first person combat, in novel abilities and movement, and even in enemy reactions to you.”

“But it’s not traditional in that humans are murderous, cruel enemies bent on your extinction. You yourself are an innocent caught up in a much larger conflict between Powers, the specifics of which become clearer in the course of the game. It’s a classic revenge story, but also a mystery: what happened to the world and your people? Can they be saved?”

Darkborn’s inspirations are similarly varied. The idea was pulled together from twists on classic epic literature like John Gardner’s Grendel being the biggest influence on Goldfarb, pop-culture staples like King Kong and Bambi, and video games like Shadow of Mordor and Shadow of the Colossus.

“What if the Orcs [in Shadow of Mordor] were the good guys?” Goldfarb said. “What kind of lives did those great beasts [in Shadow of the Colossus] have before you came to murder them?”

At a scant 25 members, The Stockholm-based development studio has been working on Darkborn for nearly three years, albeit with a much smaller development team for half that time – the exception being some outsourced art, and the audio team Two Feathers which is responsible for the incredible, yet heart-wrenching crunches, cries, and whimpers of Darkborn’s opening minutes.

“Originally [The Outsiders] was founded to try to make the types of games we wanted to play that we felt no one else was making,” Goldfarb said. “Darkborn was the first of those games.”

Though there’s currently no release window, The Outsiders’ vision seems to be coming together nicely as Darkborn makes its way to an eventual PC release with the possibility of a home on consoles over the horizon.

“We hope people experience a new perspective,” Goldfarb said of his hopes Darkborn players. “We want them to want to help this lone creature succeed against seemingly impossible odds on their journey of knowledge and vengeance.”

So while there is a huge component of traditional power fantasy in the player’s own growth across the game, there’s also the ‘man this poor thing had it hard and it’s terrible what the humans did and I’m going to help’ element that propels the narrative and, we hope, player engagement.” 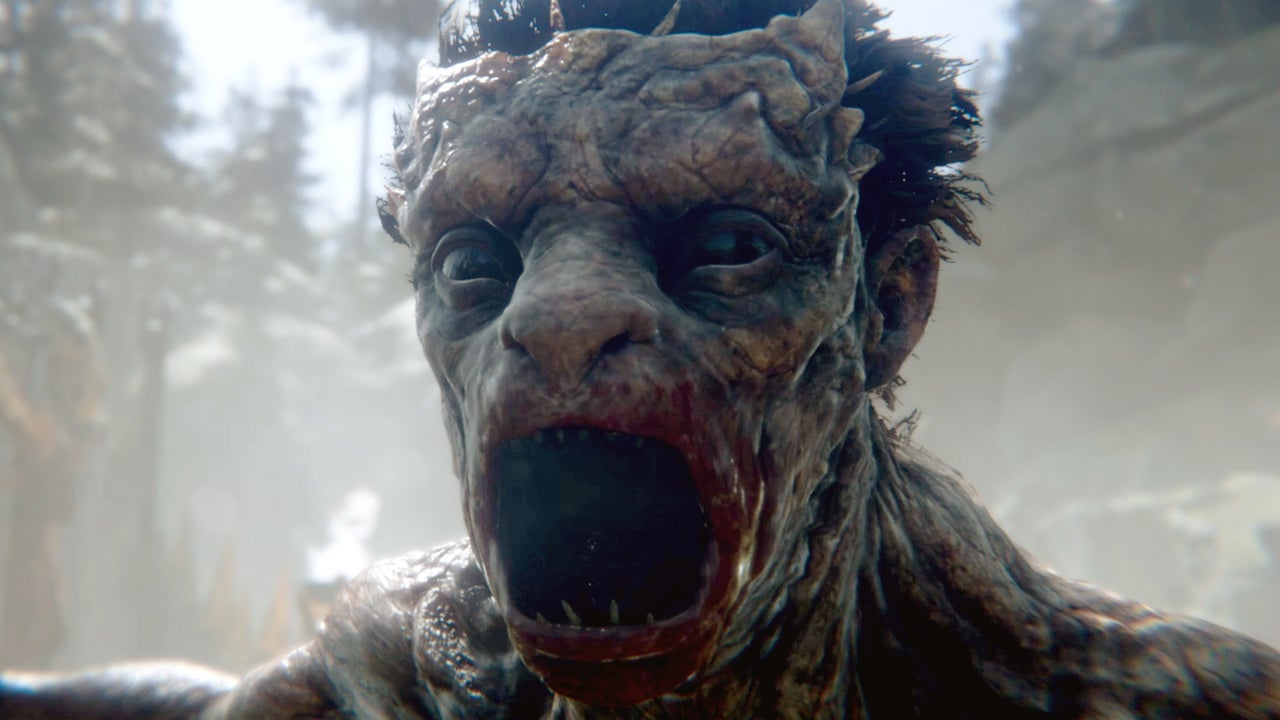 The debut game from The Outsiders, Darkborn places you in the role of the monster as you grow from cub to predator in a classic revenge story.

While I want to believe all of the hype they're trying to sell this on, most action games that try to make humans the bad guys end up having interchangeable villains anyway regardless of them being human or alien or orc or what have you.. How will them being humans actually impact anything? Killing humans in first person games is not going to even raise an eyebrow in 2019, and the gameplay video doesn't really make their case. I might be a bit harsh given its current alpha state, but still

I really do hope that not only narratively, but also from a gameplay perspective they can pull this off because it will be a nice change for an action game

Was really looking forward to this too. Dammit lashman and your being right...
Reactions: lashman

gabbo said:
Was really looking forward to this too. Dammit lashman and your being right...
Click to expand...

seems like they are, but cant find the tweet when one of the devs said it :-( , woll look for it in the morning
OP

prudis said:
seems like they are, but cant find the tweet when one of the devs said it :-( , woll look for it in the morning
Click to expand...

I think Queen meant why cant Darkborn be the fun/awesome thing they're working on instead of this new unannounced project? Do the devs not love darkborn or think it isn't awesome?
OP

oh lol ,
I guess its the usual, project being in developemnt hell and not good enough to push through to releas

prudis said:
oh lol ,
I guess its the usual, project being in developemnt hell and not good enough to push through to releas
Click to expand...

That's my guess too. Or maybe publisher pulled some funding on them unless they moved on to X
OP