|OT| This is the Anime Thread, Darling~~

No. Fuck, no. That's... Such an awful thing. I'm truly sorry for his family's loss. The art world is poorer without him .

Any recommendations for dark fantasy? Like Berserk, Castlevania or Dark Souls etc.

Garo: The Animation and its sequel movie Garo: Divine Flame.
It's basically dark fantasy x tokusatsu. And its damn great. 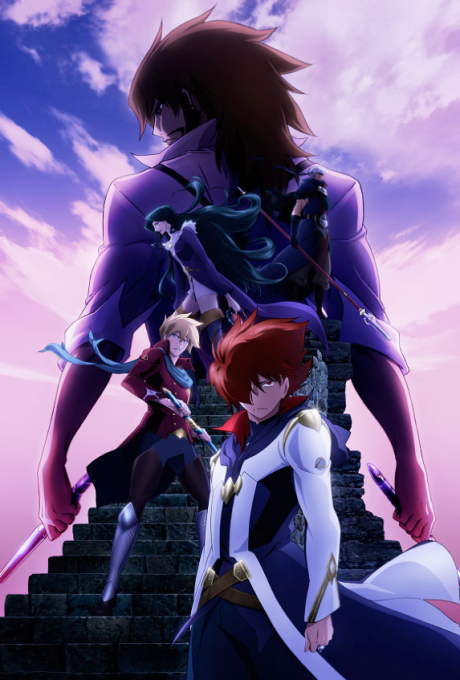 Man, Dynazenon is just soooo goood.
It's like all my favorite mecha and toku tropes put together with super good character drama and interactions, cute romance and fantastic animation and direction.
Every episode gives me a bigger grin than the last.
Easily one of my all-time favorites right now.

this season is great for the mecha show , Dynazenon is amazing Toku/Mecha show and love how they brought back Anti and Kaiju Girl and as for the second show ... Back Arrow as a super fun reminder of Gainaxy mecha show escalation with crazy plottwist each ep
Reactions: Ascheroth

Yeah, it's fantastic.
Both Dynazenon and Back Arrow are pretty much sitting comfortably in my all-time favorite list by now.
And we have those in the same season

Back Arrow has pretty much turned into a modern Gurren Lagann successor and I fucking love it.
Last edited: May 29, 2021

Dynazenon continues to be amazeballs.

Back Arrow was a bit on the weaker side this week, more of an infodump/calm before the final storm thing.

Spider Isekai is compelling even if the titular Spider MC doesn't show up in an episode at all.

Also started catching up with Thunderbolt Fantasy Season 3 and it continues to be super good.

Also, this is from the 2nd movie and not season 3, but this is peak cinema.

Yeah, this tournament arc might be good on manga, but it turned out to be a boring season so far. Only exciting thing were story development in Ep 1,2 and 10 with One-For-All's knowledge being revealed.

Class B looks like such an interesting bunch, I wish at least a few characters get some more screen time later on.

Ascheroth said:
Spider Isekai is compelling even if the titular Spider MC doesn't show up in an episode at all.
Click to expand...

spider isekai is such a strange beast :-D Personally love the two timelines and the way the show uses it for worldbuilding if you pay enough attention , but ultimately it kinda feels the show is just starting ... and we wont get to the point of connecting the timelines completely up until at least half of season 2 if that happens

Regarding Dynazenon and Back Arrow, I am waiting for these two shows to end before jumping in. I didn't like the story of Gridman so expectation was low for Dynazenon. I am going to watch it for the fighting scenes.

Speaking of mecha anime, I just started watching Granbelm. The opening song is so good.

Cacher said:
Regarding Dynazenon and Back Arrow, I am waiting for these two shows to end before jumping in. I didn't like the story of Gridman so expectation was low for Dynazenon. I am going to watch it for the fighting scenes.

Speaking of mecha anime, I just started watching Granbelm. The opening song is so good.
Click to expand...

Dynazenon feels very much like Gridman. It's obviously different, but still shares a lot of similarities in its core themes. Not sure if one would like it if they didn't enjoy Gridman :/

Ascheroth said:
Dynazenon feels very much like Gridman. It's obviously different, but still shares a lot of similarities in its core themes. Not sure if one would like it if they didn't enjoy Gridman :/

Ouch, I guess so. But the fighting scenes of Gridman are pretty good so I should enjoy those in Dynazenon as well.

Just finished Granbelm episode 2. I am liking it. Hopefully it won't disappoint.

Watched a number of episodes of various series after yesterday's sad news to take my mind off things.

Super Cub - I liked the usage of colour in this series. The first few episodes used muted, grey colours and gradually uses more vibrant colour to reflect the change in mood and Koguma's disposition. It's still very much an introspection piece, closer to Yokohama Kaidashi Kikou rather than Yuru Camp, but a more uplifting take on the former.

Thunderbolt Fantasy S3 - They've gone all sci-fi. It's not a bad thing, though. Not as many battles as I would've liked considering we're already more than halfway through the season, but still a great watch regardless.

Majo no Tabitabi - I didn't have the chance to watch this during its seasonal run, but now I do. To be honest, I was expecting a Kino no Tabi with a slightly optimistic tone. I didn't expect it to be slightly darker than Kino. I'm only 4 episodes in though, so hopefully they'll balance it a bit in later episodes.

Dynazenon - I laughed my arse off at the 3-way gattai in episode 9. So ridiculous and awesome. Are we back in mid-80s mecha anime golden age again?
Reactions: Cacher and prudis

I'm watching Hathaway's Flash and I am absolutely stunned at how it portrays the scale and devestation of a mobile suits fight. It's absolutely gut-wrenching and amazing. Absolutely love the portrayal of the world overall as well.

Definite placement in my all time favorites and probably a slot in for Anime of the Year, that was literal perfection as far as I'm considered.
Reactions: Cacher and prudis

And Back Arrow just ended too with a 10/10 ending.

This was 100% a spiritual successor to Gurrenn Lagann and definitely nailed the sheer amount of fun and constant escalation. So good.

This was an absolutely blessed season for toku/super robot fans.
Reactions: Cacher and prudis

In 2011, the first season of Horizon in the Middle of Nowhere aired. It is still my favorite show of all time and I often re-watch some episodes when I am bored. Never get tired of it. It still has some of the best directed fight scenes I have ever watched.


And the special OVA included in the Blu-ray box has absolutely crazy animation. Spoiler because it reveals one of the major twists of the main story.


You may ask "hey, Cacher, why suddenly bring it up?". Actually, ten years ago I couldn't read Japanese, so I know nothing about Horizon after season 2. But just now, I was holding volumn 1 part 1 of the original Japanese novel and I can understand >95% of the text.

Man, I really have come a long way. I am finally be able to tackle this monster. BTW, the total weight of the novel is 13kg.
Last edited: Monday at 3:15 AM
Reactions: Ascheroth, Kvik and prudis

It's the end of the season once again. Where does the time go?

I haven't seen Dynazenon finale yet, but it has been a good showing so far. Also, the collective fanarts of Mujina is choice.

I watched Record of Ragnarok and I liked it. But there sure was a lot of nothing. With tournament style arcs that's an issue but when the premise of the whole show is a tournament well.... . You are going to run it I issues.

When is season 2? Or is there a manga?


I also watch To your Eternity. I liked it. I watched it dubbed since HBO Max only had the dubbed version but it wasn't bad. I look forward to watching more of it. I've seen 3 episodes, when do more episode air? Which day of the week?


And I'm still watching Star Wars the Bad Batch and it has its moments.

I've not really watched anime in a long time. I'm much more of a manga reader than I am an anime watcher. There I said it.

Ok i gotta read this

Tizoc said:
Ok i gotta read this
Click to expand...

Downfall is a good read. Rather grimdark like his other works, but certainly lighter than Punpun, for example.

In Downfall, if you see the studio of the mangaka in some of the panels, that's actually Asano's own studio, photographed and traced. Rather apt for a semi-autobiography.
Reactions: Tizoc

Kvik said:
Downfall is a good read. Rather grimdark like his other works, but certainly lighter than Punpun, for example.

In Downfall, if you see the studio of the mangaka in some of the panels, that's actually Asano's own studio, photographed and traced. Rather apt for a semi-autobiography.
Click to expand...