Can't believe you kept us in suspense! Which 18 were they?
Reactions: lashman and FunktionJCB

dummmyy said:
Can't believe you kept us in suspense! Which 18 were they?
Click to expand...

A couple of them are not horror.

Since my wife is working tomorrow, and outside of the first film I'll be watching them mostly alone, I'll probably go for a night of campy/cheesy films, including Witchery, starring:

As usual, last night there was a bit of a last-minute change of plans.
No Hoff for me! 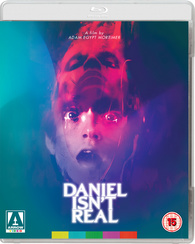 This one was interesting. It's nice to see a recent effort done by a director that isn't afraid to insert some style and personality to the proceedings.
A few scenes reminded me of Clive Barker, or even David Cronenberg's "body horror" period.

I was underwhelmed by the ending (the alternate ending featured on the Blu-Ray, while clearly never fully completed, goes in the direction I was expecting, which I would personally find much more interesting), but it didn't erase the positive impression I got from the rest of the film.

The cast is quite likeable, the film visually cleverly "hides" its low budget with some style and nice touches, and the soundtrack by Clark fits the proceedings rather well. Oh, and the cool intro credits are done by Shynola. Remember them from a number of cool late 90's/early 00's music videos?

Daniel Isn't Real is a good example that you don't need a big budget to do something cool and stylish.
This one is worth a watch. 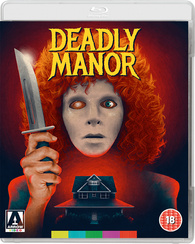 This one, one that came from the dying days of the genre's popularity (late 80's/early 90's), is a great example of the later. It's oh so stupid! But oh so fun.
Directed by José Ramón Larraz (Vampyres), this one is a collection of all the clichés typical of the genre. From characters doing all sorts of stupid stuff ("oh, lets pick up a random (armed) stranger from the side of the road", "oh, lets sleep in an abandoned manor that has coffins in the basement"), bad acting, gratuitous nudity, silly muzak soundtrack, and plenty more.

On a side note, the Blu-Ray looks great! It blows my mind that many well known films remain unavailable on Blu-Ray, or get mediocre transfers, while crappy, forgotten efforts are given the red carpet treatment.
I can assure you most popular films in the genre don't have a transfer as good as this one.

All in all, it was a fun late night viewing.

I should have stopped there... 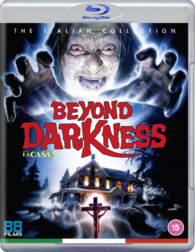 Yeah, I was a bit tired yesterday, and was ready to call it a night after film 2, but since I ended up quite enjoying it, I decided to follow it up with another crappy, cheesy effort. Wrong move.

Beyond Darkness is another in a long line of The Exorcist rip offs directed by Italian directors.
But now, try to imagine The Exorcist not directed by William Friedkin, but by the director of... Troll 2.

I usually enjoy Claudio Fragasso's crappy, trashy films (they can be a lot of fun), but I don't know if it was because I was tired, but I found this one not "so bad it's good", but just plain... bad.
Crappy soft photography (and the UK Blu-Ray is rather poor as well; one of the worse transfers I've seen in a while on the format), crappy acting, crappy humourless script, this one really didn't connect with me at all.

I know I watched it on VHS decades ago, and I remember getting some enjoyment out of its crappiness, but after rewatching it last night, I'm not sure why.

This one is just plain bad, and worse of all, painfully boring.
Reactions: FeedMeAStrayCat, dummmyy, Li Kao and 1 other person 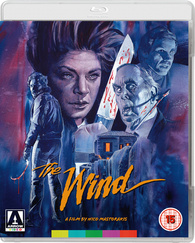 A Greek island. Bad, dangerous winds (that make it a hazard to leave your houses). A killer on the loose.
Add to that, a cool cast featuring Meg Foster, Wings Hauser, David McCallum, Steve Railsback, and Robert Morley.
Should be fun, right?

Yeah, it's a bit of a drag. The film keeps repeating the same setup over and over again (the killer tries to enter from somewhere; the victim tries to leave the house to go find someone, or a phone; repeat this several times), making these scenes become less of a tension builder, and more like a running gag of sorts.
And then, an ending that is so stupid, it has to be seen to be believed (my wife was sitting next to me, and asked me "what just happened?").

Yeah, sadly despite the interesting location, premise and cast (some of it barely features in the film), this one is not very good. 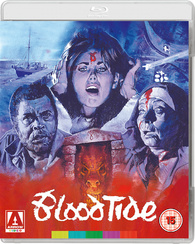 Blood Tide takes place on the exact same island featured in The Wind.

OK, so:
-pretty location
-the promise of ancient aquatic evils (Cthulhu? Dagon?)
-girls in very tight, short bikinis, and see through shirts and dresses.
-and then, a cast featuring:


There's no way this films blows, right?
Well, it does. Hard.

James Earl Jones chews every scene he's in (he sounds like a rambling drunk guy spewing random phrases most of the film), barely anything happens, and then there's a fake as hell monster that (thankfully) is barely shown near the end, and that's it. Oh, and there's a small bit of random incest. 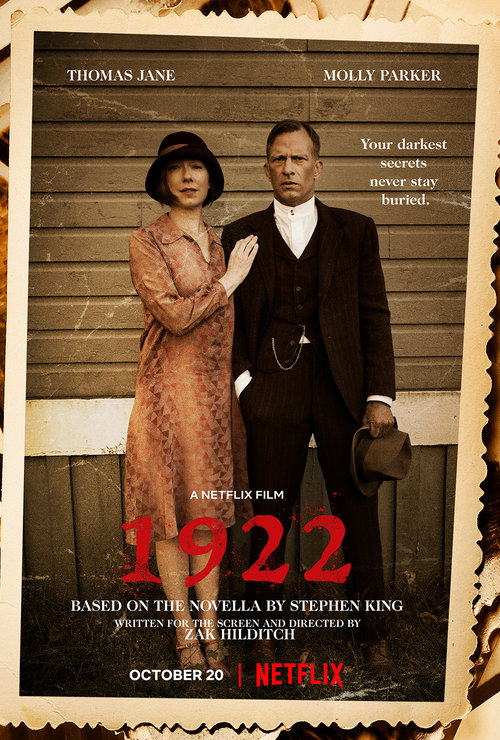 Another Stephen King adaptation.
A slow-burning period thriller about guilt, this one is pretty much a Thomas Jane one man show, and he is awesome in this role.
I rather liked this one.
Reactions: dummmyy, FeedMeAStrayCat and lashman

FunktionJCB said:
I rather liked this one.
Click to expand...

Me, too! It's such a weird film, but it's dam good! I watched this last year and was surprised by how good it was! is? whatever lol.
Playoff baseball has been taking most of my time, so I've been a bit on the back end of watching films, but my partner has been watching a play through of Until Dawn and I've been getting into it while playing spelunky 2 or whatever. Until Dawn is dam creepy, too!
Reactions: FunktionJCB

OK, last night I went for something a bit different.
I recently bought a 2020 Scooby-Doo Halloween special direct-to-video film, one that continues on from 2 other animation films from last year (which I was yet to watch). In preparation to watch it, last night was a Scooby-Doo night.

I started by watching the The 13 Ghosts of Scooby-Doo episodes To All the Ghouls I've Loved Before (first one) and Horror-Scope Scoob (last one) included on the DVD, so my wife could catch up on a few things about this particular series (since the film was tied to it).

And then, the main course:

One of the films done for the 50th anniversary of the franchise, Scooby-Doo! and the Curse of the 13th Ghost is a follow-up to the 1985 series The 13 Ghosts of Scooby-Doo. In the original series, (part of) the gang, with the help of a character voiced by Vincent Price, are trying to recapture 13 particularly evil ghosts. By the end of the show, they got 12, and since it ended up cancelled, the story was left without a conclusion.
This "sequel" film, coming 34 years later, tries to correct that.

The film is a bit underwhelming. On the plus side, it has some fun callbacks to the 1985 show, and pretty much all the franchise, that older fans will definitely enjoy. But, everything else is mostly forgettable.
Reactions: dummmyy, lashman and Li Kao
You must log in or register to reply here.
Share:
Vk Ok Blogger Linked In Diaspora Weibo Facebook Twitter Reddit Telegram Viber Skype Email Google Yahoo Evernote Xing Link