The thread for everyone endeavoring to learn a new language!

Which languages do you learn or want to learn, what problems are you facing and how are you studying?

While there is no tool that can singlehandedly teach you a language, they can be a great supplement to language classes and self-studying from various resources. So here is are some helpful ones: 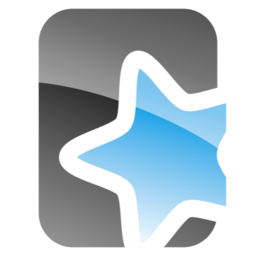 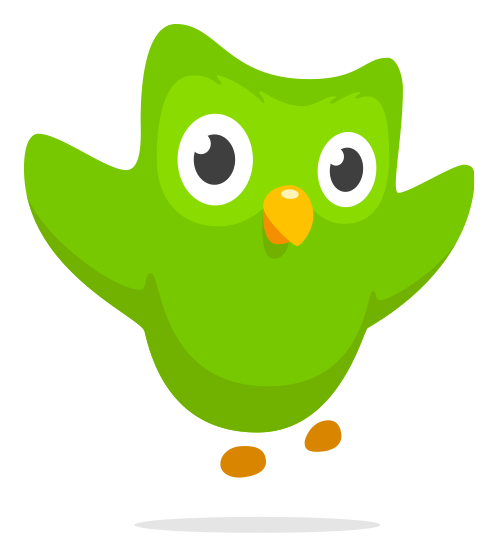 Courses for lots of languages, bigger focus on grammar and structure. 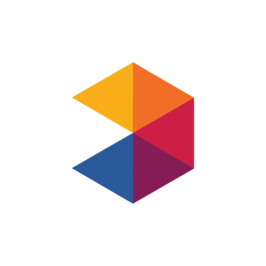 Courses for lots of languages, bigger focus on vocabulary retention. 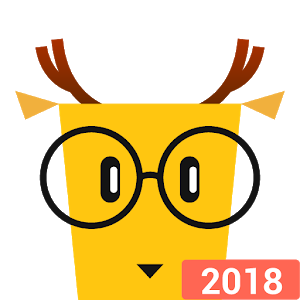 For learning the basics of Japanese, Korean or Chinese

I'm currently using this one to learn German and I think it's quite good:

I have been trying to learn more Finnish. But I am actually more interested in soon starting to learn Russian.

I will check those tools out and see if they can help with these languages as they tend to be very complex already. Good thing libraries have workshops to teaching them so I will look into those during the winter and maybe summer.

brau said:
I have been trying to learn more Finnish.
Click to expand...

you should get Nahkapukki to help you learn Finnish

brau said:
I have been trying to learn more Finnish.
Click to expand...

you should get Nahkapukki to help you learn Finnish
Click to expand...

All he does is grunt and get upset at salads.... but wait... maybe that is what Finnish is all about.

Kidding aside. The other day i got together with the 3rd eye crew, they were very impressed with my Finnish. My mastery of 'mitä' and 'noniin' got me plenty of praise. It was great.
Reactions: Nahkapukki, Schnitzelfee and lashman

i have no idea what either one of those words means

noniin = is the to go word for anything

And I knew Nahkapukki would hate salads
Click to expand...

Isn't that the word used to get drunk at home by yourself in only underwear?

brau said:
Isn't that the word used to get drunk at home by yourself in only underwear?
Click to expand...

well it's Finnish, so it's highly possible that one word means EXACTLY that

It actually really means that lashman
brau is absolutely correct, it's my favorite word

Post automatically merged: Sep 20, 2018
And to be a bit more on topic, I have used that Anki app that Yakkue mentioned in the OP in the past, it's really useful 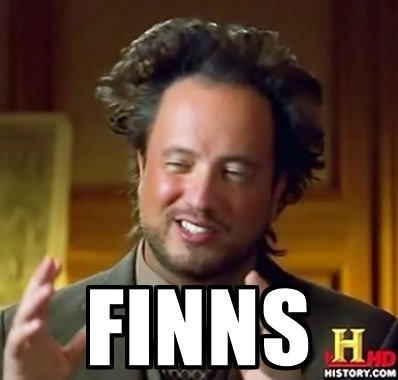 I just googled it. omfg that is insane.

Kalsarikännit... That's a very precise wording for one of the most intricate actions a Finn can do in his own home.

But... Check this out, kumarreksituteskenteleentuvaisehkollaismaisekkuudellisenneskenteluttelemattomammuuksissansakaankopahan.

Post automatically merged: Sep 20, 2018
Tho it's not really a real word you can toy with Finnish language to create these monstrosities. You wouldn't hear that being used by anyone really.

This tho... This is a singular word that's in use in the army: lentokonesuihkuturbiinimoottoriapumekaanikkoaliupseerioppilas
Reactions: lashman

That shit works in German too.... compound words are fun

Does my head in... I've studied German and I now understand less of it than I did before I studied it.

Hi everyone! New to the forum and very glad to have found this little community : )

I have to admit it's been ages since I last saw a post like this in the other forums I use to visit and since learning languages is one of my hobbies...

So yeah, right now I'm building up my Japanese vocabulary. Got the grammar basics back at the university and since then I've been trying not to forget what I've learned and building up on that. Right now I'm using an app called "Drops", it offers many languages and ironically the free version seems to be more effective than the paid one (although the paid one obviously has many more options).

The thing is that with the free version you can only use the app for 5 minutes a day (or some fixed amount of hours, don't remember really), and you have to keep using it on a daily basis to unlock more topics/words. It won't teach you anything about the grammar or the culture, but for a basic vocabulary I find it very useful

Lately I've been thinking about starting to learn Dutch because it could open some very interesting options professionally speaking, and since I already know German... well, it doesn't seem like a very big challenge. Not so big as learning Japanese
Reactions: Schnitzelfee and lashman

GonarcH said:
Hi everyone! New to the forum and very glad to have found this little community : )
Click to expand...

welcome, welcome ... glad to have you here!
Reactions: GonarcH

Nahkapukki said:
Kalsarikännit... That's a very precise wording for one of the most intricate actions a Finn can do in his own home.

But... Check this out, kumarreksituteskenteleentuvaisehkollaismaisekkuudellisenneskenteluttelemattomammuuksissansakaankopahan.

Post automatically merged: Sep 20, 2018
Tho it's not really a real word you can toy with Finnish language to create these monstrosities. You wouldn't hear that being used by anyone really.

This tho... This is a singular word that's in use in the army: lentokonesuihkuturbiinimoottoriapumekaanikkoaliupseerioppilas
Click to expand...

GonarcH said:
Hi everyone! New to the forum and very glad to have found this little community : )
Click to expand...

I've (re)started learning Japanese again.
So far I've tried various Kanji learning websites, a course in college and working through (part of) the Genki book, but I've always lost interested eventually.
Especially Kanji, those are damn demotivating..
Though not all has been for naught, I still know some grammar and vocabulary, can read Hiragana and Katakana and still recognize some Kanji.

Recently I decided to tackle Kanji once again and I found a really cool tool:

I've been going at it for 8 days now and really like it.
It's essentially a SRS like Anki, that teaches you meaning and readings with example vocabulary.

One thing I really like about it is the unlocking order of Kanji. It will give you similar looking Kanji right after the other to force you to be able to distinguish them (It will also always show you similar Kanji and related Kanji on each overview page). Sometimes when I previously studied Kanji I always tried to find some easy reading material to see if I recognize anything and would often run into the situation where I excitedly thought I recognized a Kanji only to then see it's only a look-alike...

So you get 木本米来 or 九丸力分切 in a row and that has proven to be really helpful to be able to really distinguish them.

And one other thing is that it has the etymology for each Kanji instead of wacky mnemonics and I find that to work much better for me, because I find that stuff really interesting.

It also tries to give you vocabulary that includes Kanji you already know when teaching you a new one. Which obviously doesn't always work, especially at the beginning, but I appreciate it.

And of course there's some Gamification
Like a progress wallpaper it dynamically creates. It stores the stats for every day, so you can visualize your progress (you can render it as a video too)l
The color shows how familiar I am with a Kanji, the darker the better. 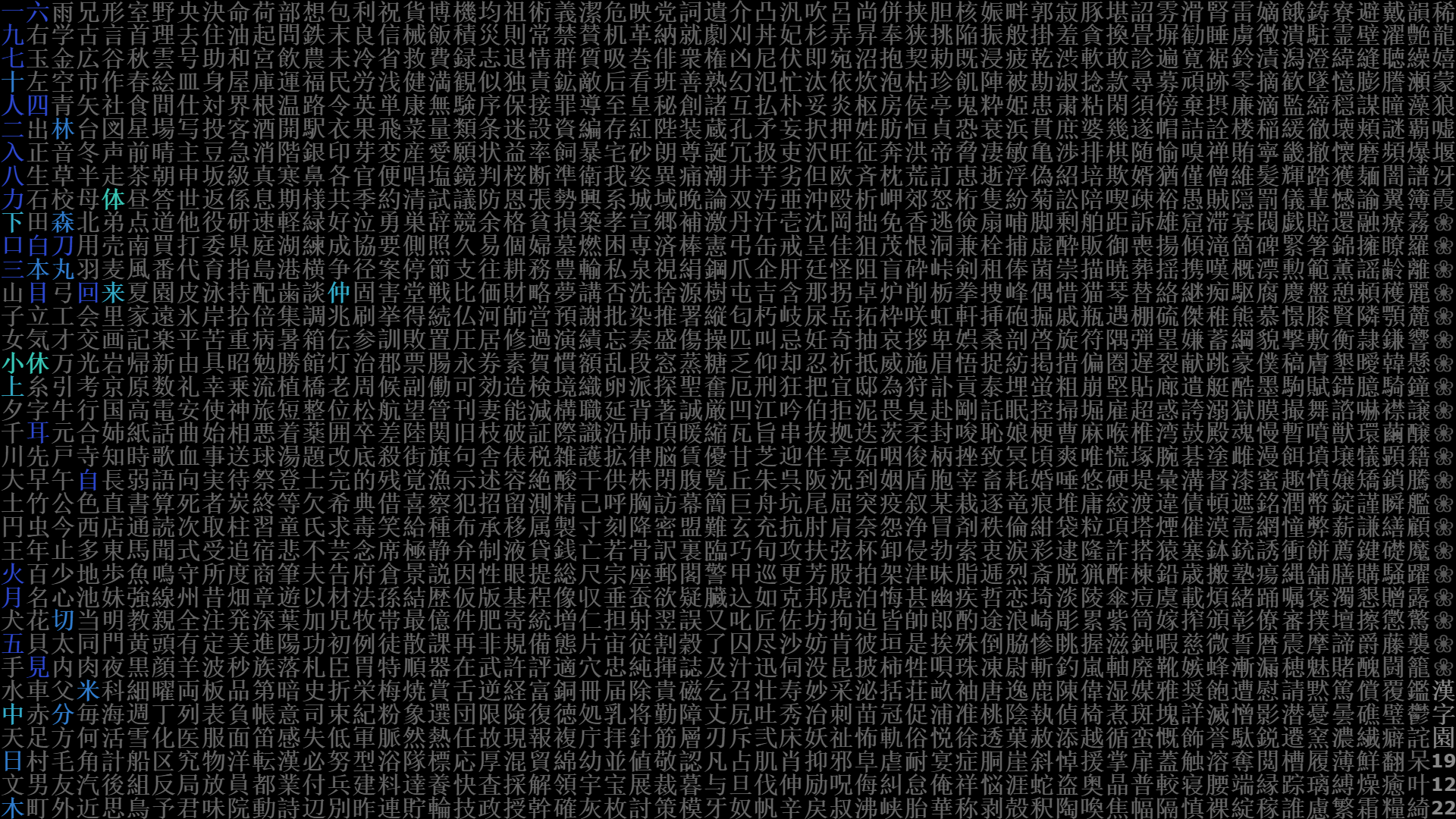 I still have quite some work in front of me


I'v also found Japanese Grammar SRS for grammar, but I quickly realized I don't want to do too much at once and lose interest again, so I've stopped after giving it a quick try, but I likely will use it whenever I get back to grammar.
Reactions: zdravkelja and Exzyleph

'We should come up with a word for female ninjas"
"nah"
Reactions: Ascheroth

Milestone #1: 100 Kanji
The image has gained some color 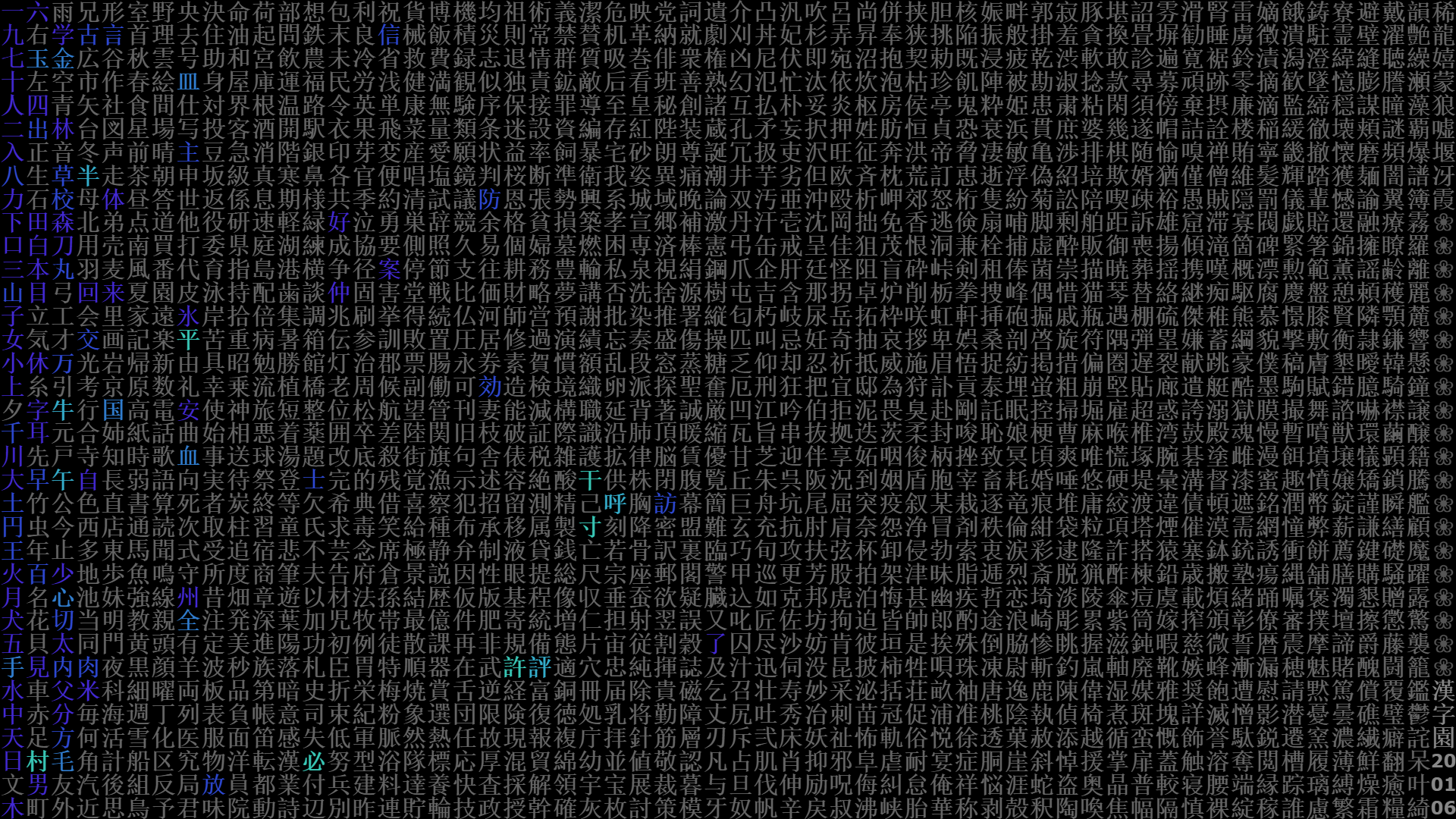 I also did some grammar on the side (since Kanji alone is still pretty useless in the gand scheme of things tbh), but not too much.

I found this site though and it's pretty great: Japanese Grammar SRS
I'm not sure if I would actually learn grammar via it, but it's fantastic for solidifying and practicing, since you need to produce the grammar and get immediate feedback (and see it used in lots of examples along the way).

I went through the first Genki book a while ago, so what I did was selecting a few grammar points to study now and then. I think this is also what I'm going to continue doing: (re)read the sections in Genki and add them to my reviews in bunpro to practice and solidify the knowledge.