Put your faith in Blast Hardcheese

This looks so charming and incredible! Basically a combination of Ni No Kuni and Zelda.

People we have at least three threads for EGS shenanigans
Reactions: sk2k, Pommes, nordschatten and 6 others

NarohDethan said:
People we have at least three threads for EGS shenanigans
Click to expand...

Same thing happened when we it all began (the infamous 1984 video).
Reactions: lashman
OP

I just realised that today is humble day...
Reactions: Pommes, Nabs, FeedMeAStrayCat and 1 other person

reacting again for the new page

When is new Humble Choice?

fantomena said:
When is new Humble Choice?
Click to expand...

Jeff Grubb said that we should be hearing about Battlefield this week, so that rumor about May 6th is looking more credible.
Reactions: lashman

fantomena said:
When is new Humble Choice?
Click to expand...

Too late, you missed it! Games included the original Prey 2, Dino Crisis Remastered, Resident Evil Village, an Epic key for Control DLCs, a Steam key for Division 2 and updated Mor spreadsheet alongside, plus the entirety of the Bad Rats multiverse including Bad Rats, Bad Rats 2: Rat Harder, Bad Rats With A Vengeance, Live Free or Rat Hard, A Good Day To Rat Hard, and the spin-off Rad Bats. Bonus game was Swim Teeney's Big Adventure in Court!
Reactions: kafiend, nordschatten, EdwardTivrusky and 3 others

Just got my final 5g upgrade. Wish me luck.
Reactions: PC-tan, Rockin' Ranger, lashman and 4 others

Sorry for still talking about the lawsuit, but what I'm going to say is at least Steam-related

I remember when Valve was (understandably, in my opinion) reluctant to provide all the data that was initially requested for the lawsuit a ton of people on the internet said that all such fears were totally unfounded, lots of internal information is always released in lawsuits, and people who think that it might leak have no idea how these things work.

I own Darksiders and Hellpoint, and I bought Morkredd a week or two ago. Those 3 already make this a fantastic co-op bundle by the way.

Like always, direct your extra humble keys to my inbox for inspection
Reactions: Rogue Agent, PC-tan, lashman and 3 others

lol. I love how I never know what these games are. CSD3 is great, definitely check that out.

Six games on my wishlist (including the big 3), own 2 of them (I think). This looks like a pretty solid month to me!
Reactions: Rockin' Ranger, nordschatten, manchego obfuscator and 2 others 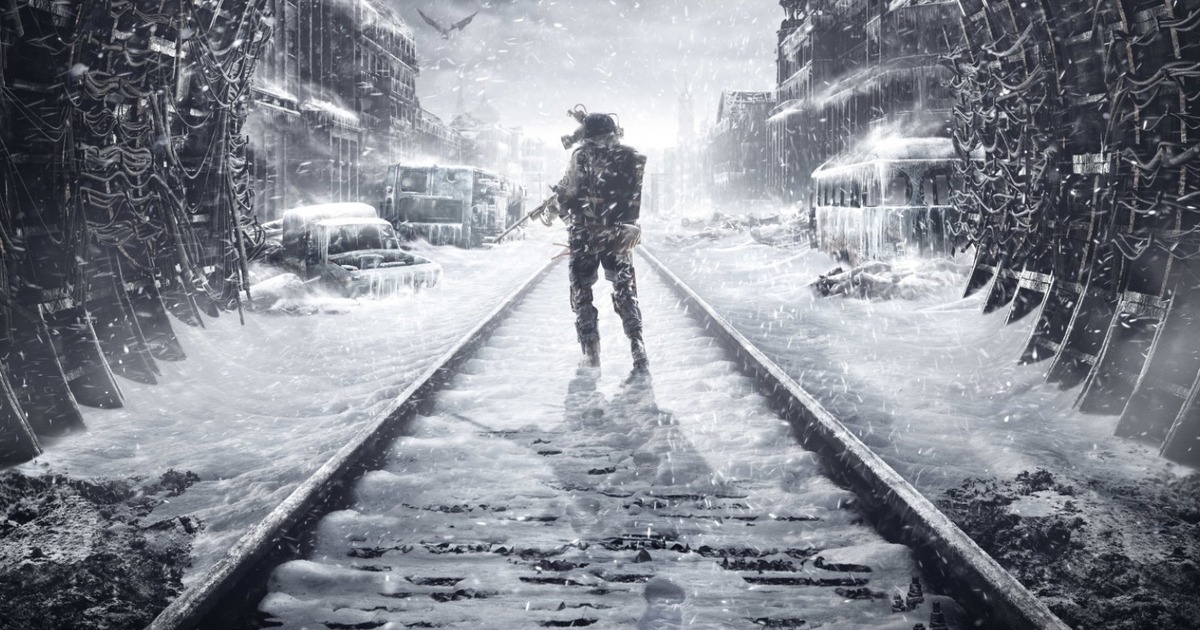 Nabs said:
lol. I love how I never know what these games are. CSD3 is great, definitely check that out.

chubigans getting in on all those deals

Gonna wait for my friend before redeeming Hellpoint. What I read of possible builds hasn't filled me with much confidence sadly :S but going through it co op is enough for me to play through it.

Hidden content
You need to reply to this thread in order to see this content.
Enjoy
Reactions: Cacher, nofuckinidea, dummmyy and 7 others

I got Metro Exodus thank you <3
Reactions: lashman and Nabs

Finally played the RE8 demos.
I can forgive the lack of options for a demo (the really narrow FOV and absurd vignetting are easy enough to circumvent), I like that it runs really well even on a potato despite looking... fine.

Nice atmosphere, very cozy in its creepiness with some ennemies that are already ultra emblematic of the franchise; it's a game that just looks cool. Unlike swampy Las Plagas redux in RE7.
But it definitely inherited some faults from RE7, it's not much faster (but at least you are not stuck in tiny arenas) and the gunplay still feels like poop. The sound design is again a huge miss, odd when you consider how they nailed it decades ago.
I'm sure the damage and the impact will be a bit different in the complete game, you just have the basic peashooter. But still, disappointing.

I've seen some complaints about writing, can't say I'm too bothered. It's Resident Evil, the poster child of "so bad it's not even good but legendary". And you play as Ethan Whitebread Winters, so of course it's boring and flat.
As long as the game actually makes decent use of its level design and has good bosses, it seems pretty fun.
Reactions: nordschatten, lashman, FeedMeAStrayCat and 1 other person

I'm hyped for RE8, it strangely feels so much more like RE4 than RE7, and yeah that FOV needs a slider badly.
Reactions: nordschatten, Cacher, lashman and 3 others

xxr said:
I use both frequently, but I actually prefer Outlook over Gmail! I didn't think it was possible but they really managed to deliver an intuitive layout with useful features, especially with regards to spam/junk mails.

Also, the less I have on Google the better. It's not like Microsoft is necessarily any better, but I prefer to not have all my data with Google.
Click to expand...

For my personal mail, I use Protonmail. But I don't really care about the web interface of it, since I use Thunderbird to actually connect to the mail server. Even the best web interface still feels a decade behind a dedicated app in terms of usability for me. Especially if you want any kind of multi-tasking or interoperability between programs.
Reactions: Li Kao, BlackRainbowFT, Durante and 2 others

Lowest price on Steam yet for NBA2k21.
Reactions: lashman

Reddit seems to be exploding, my soul is free!
Reactions: Valdien, Panda Pedinte and lashman

You are a nice fella, thanks for mentioning me
Reactions: Nabs

Great month for me!
Reactions: C-Dub, Nabs, Ascheroth and 1 other person

Is the expansion pass for Metro Exodus eligible for the 20% discount?

moemoneyb1 said:
Is the expansion pass for Metro Exodus eligible for the 20% discount?
Click to expand...

FYI
X3: Farnham's Legacy is out now and free for all owners of X3: Albion Prelude.

CSD3 is fabulous. The soundtrack is full of bops. Like this one:

Size Matters looks interesting, will pick it up directly from Steam some day.
Reactions: lazerfox, Ge0force, Panda Pedinte and 1 other person

FunnyJay said:
FYI
X3: Farnham's Legacy is out now and free for all owners of X3: Albion Prelude.

Me waiting for Litcube to update Litcube's Universe to the new version.

FunnyJay said:
FYI
X3: Farnham's Legacy is out now and free for all owners of X3: Albion Prelude.

I loved the X games. X-2 the threat was one of the games that i first played when i got back into PC gaming after a long spell on consoles.

I didnt really know what i was doing and remember starting the first flight out in space and didnt realise that there was a time compression button so i looked at how long it was going to take me to get to the jump gate and it was like 8 hours or something and i thought that was the game.

This is the first no-hesitation monthly in forever for me. Darksiders Genesis, Hellpoint, and Vane are all on my wishlist, I had CSD1+2 so 3 is a win, I played the first Metro but didn't love it enough to pick up the others but for free I'll take a chance at another FPS singleplayer.
Reactions: FeedMeAStrayCat and Ascheroth

I'd like some impressions on Vane, as it has Mixed reviews on steam :X
Reactions: FeedMeAStrayCat

I bought some trees today and damn, trees are expensive and they won't even be delivered and planted for another month!

I've been thinking about getting Biomutant this month, but since I spent all my money on the aforementioned trees I think I'm going to go with ME legendary edition since that is less of a gamble.
Reactions: Joe Spangle, BlackRainbowFT, Panda Pedinte and 6 others

Tizoc said:
I'd like some impressions on Vane, as it has Mixed reviews on steam :X
Click to expand...

It's Journey, without the genius in level design, and far weirder. I couldn't get into it but it did make for a memorable impression.

I know that doesn't help much but I think the big pain point for me was that the game really doesn't guide you much and it's pretty tedious trial and erroring what is intended level design and what is just you misinterpreting what you may or may not be expected to do.

Edit : Also, MHW is still awesome. I just love how much that game makes me want to explore and look at every little thing. How it makes me wonder what is going to happen as the fauna plays against each other. Carrion birds flocking around carcasses, large mammals rubbing against trees, it's just fantastic. 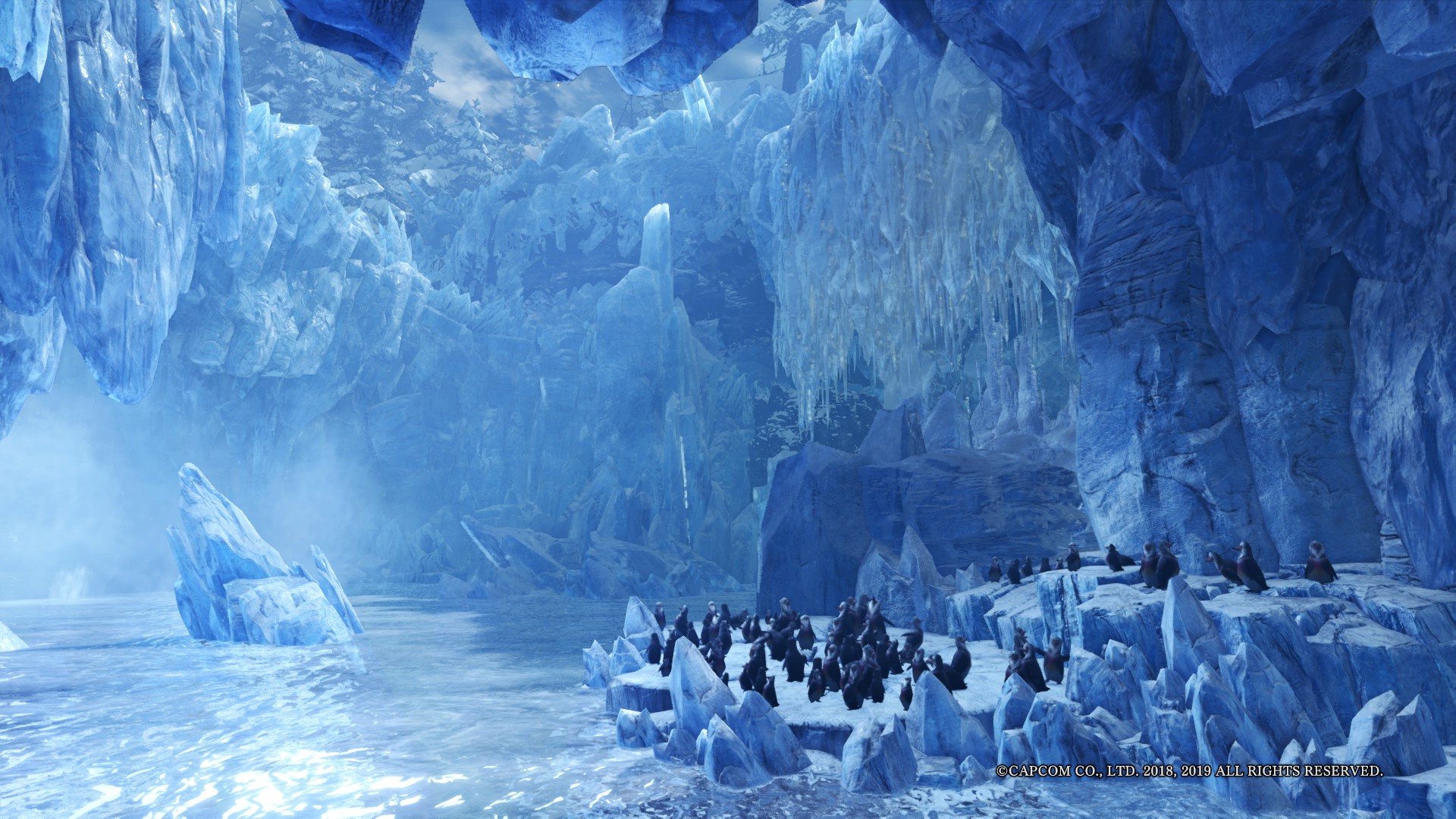 So, playing Okami HD. And it's completely fine port, though barebones.
The 30fps lock doesn't bother me as much as I expected, it's probably as smooth 30 as 30 can be. Though I imagine if I kept switching back and forth between it and any game that runs at a higher rate it would become a bigger nuisance.

What's really bugging me is that they didn't do anything to the draw distance. Literally trees and shit popping in few meters away from Amaterasu.

One other thing occurred to me, the run to sprint to even faster sprint instantly reminded me of 2B's run from Automata. I know Platinum is some former Clover people, but looking at the credits there isn't a lot of overlap overall, so I guess it's just kind of fun little thing instead of an actual connection, like the same animators or whatever. Gotta go fast!

How's the version of the original Flashback that is up on Steam? Is it better or worse than playing the game through REminiscence - Flashback engine reimplementation ? Supposedly has "Completely remastered sound and music", but are they better than the old Amiga mods is the question.


--
I paused humble for now. Money is tight for another week or so, will have to reevaluate then. I only really really want Darksiders (and somewhat want Vane), but I also still haven't played Darksiders 3 which I bought at launch, so I can wait.
Last edited: May 4, 2021
Reactions: lashman

crimsonheadGCN said:
Verizon has sold off AOL and Yahoo to an investment firm and the new company will be called Yahoo: 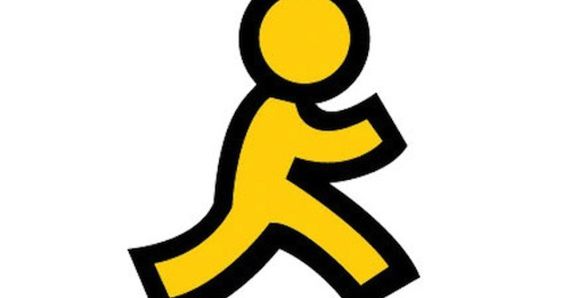 Purchased by the owner of the Venetian casino in Las Vegas

So no free streaming of in market NFL games though the Yahoo Sports app next year. Hopefully there's another option for it.
Reactions: BlueOdin

I know Queen posted awhile ago that Blizzard was planning on putting WOW on Steam, with numbers down that much I understand why. I wonder if it's still in the cards to try and boost their player counts in any way they can.
Reactions: nordschatten and FeedMeAStrayCat