A Township Tale is a multiplayer, open-world RPG designed specifically for VR. Explore the world, master your craft, and forge your tale. 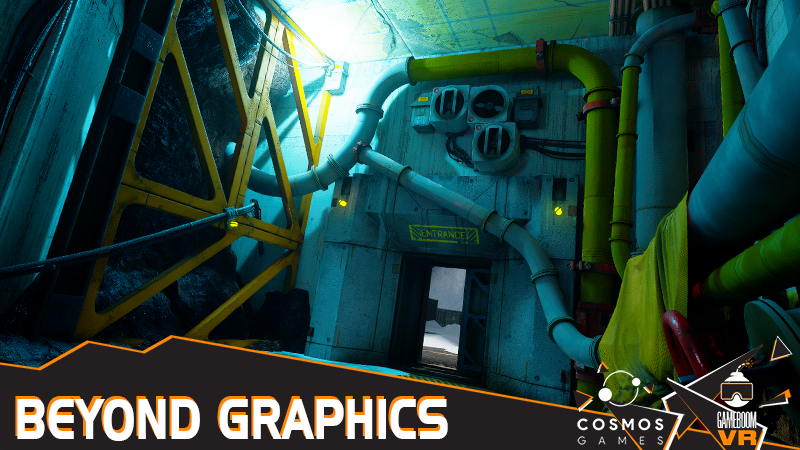 Hey guys! Welcome to another devlog! Today, we're excited to share some updates on the development of Into The Darkness VR. We're constantly improving the game, adding new passages, and enhancing the atmosphere of the location. But our goal with Into The Darkness VR is not to create a tech demo... 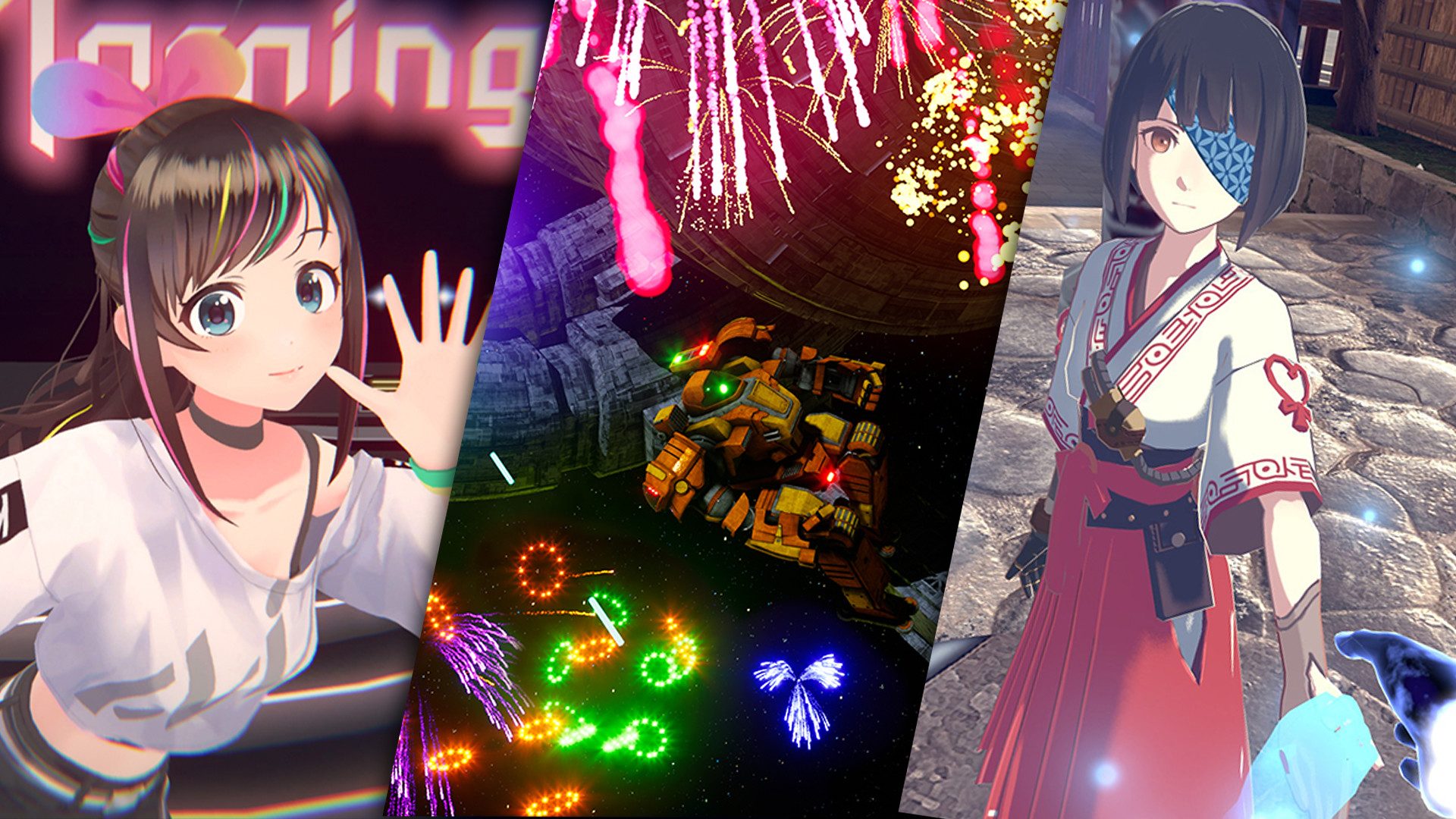 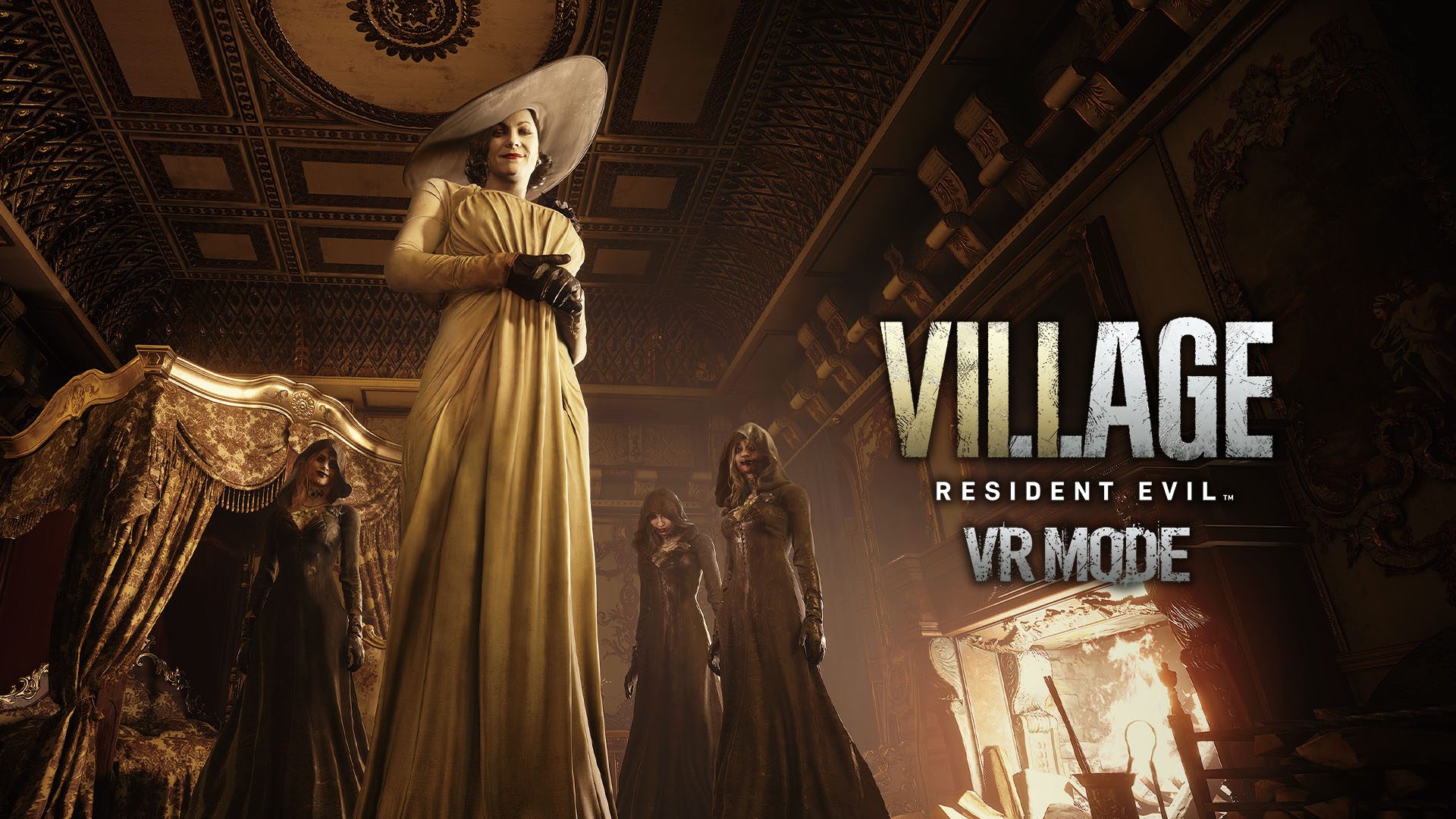 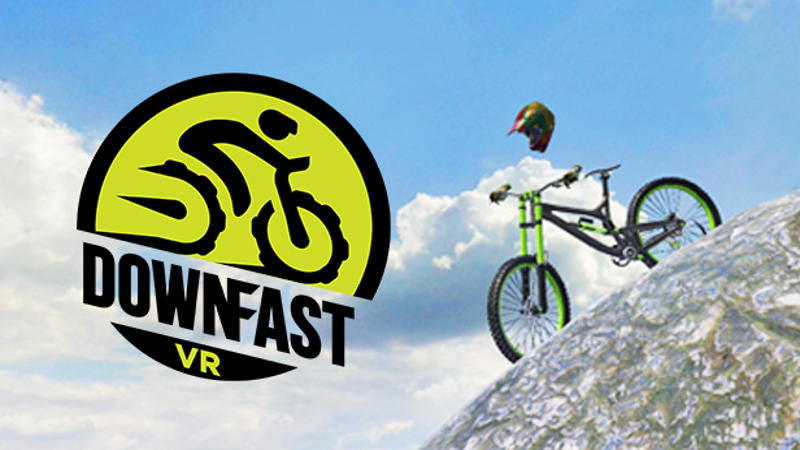 Be mountain biker in the best VR mountain bike game. Use your headset and controllers to race against the leaderboard, do stunts and freeride. Can you be one of the best racers? 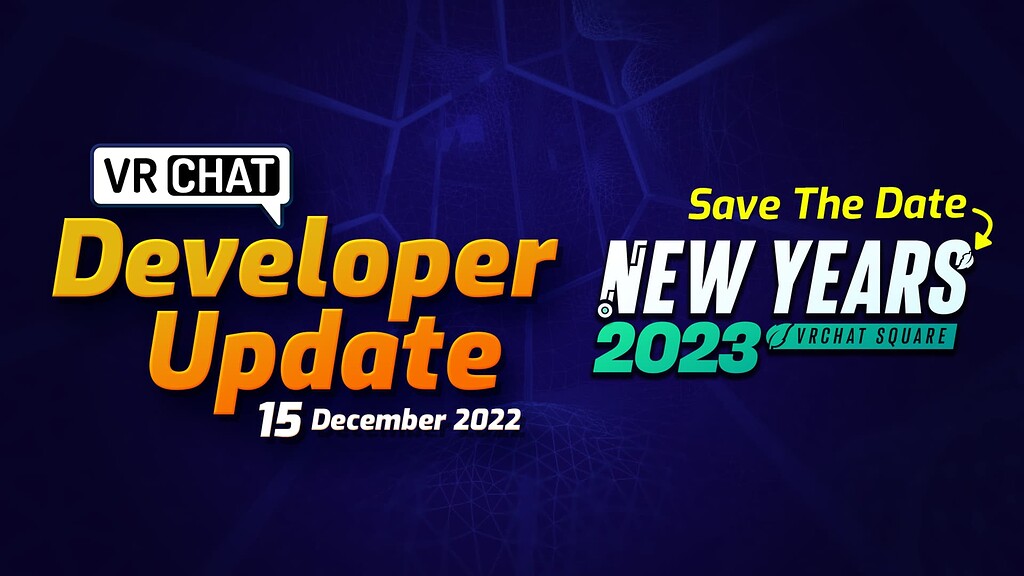 Welcome to the Developer Update for December 15th, 2022! If you’d like to catch up, you can read our previous Developer Update from December 8th. This is the last Dev Update for us until January 12 19, 2023! After this, we’re on holiday! Despite some of the team taking time off, teams like...

In 2017, players across the globe fell in love with the magical storytelling and VR puzzle gameplay of A Fisherman’s Tale. And today, the team behind the industry-favorite is back on Meta Quest 2 with MaskMaker—a game that trades A Fisherman’s Tale’s mind-bending, cozy lighthouse rooms for... 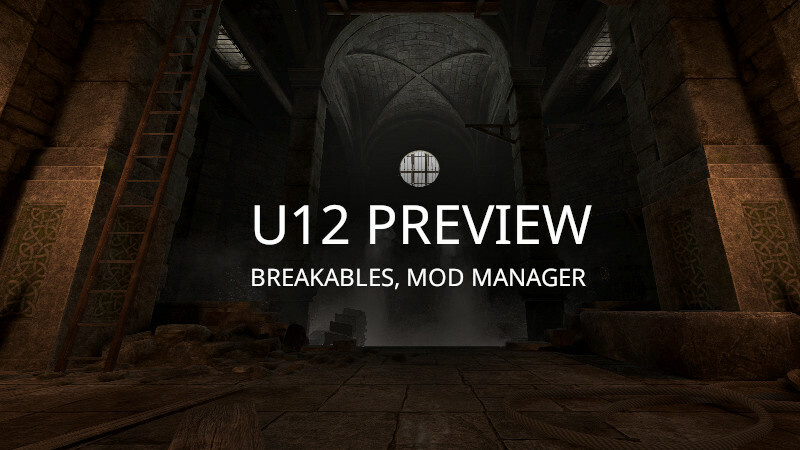 Hello mates, Baron here with the latest news! KospY and the team at Warpfrog have been working away on U12 with the goal to try and wrap the update for release. The majority focus has been on trying to finalize the in-game mod manager functionality, fixing issues with the new homemade Dungeon... 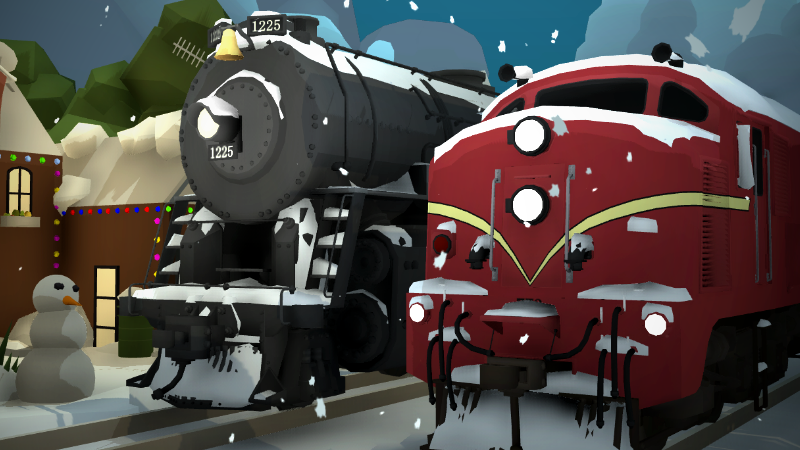 You can now add a snow cover effect to trains, as well as lots of other special Christmas stuff!

The holidays are upon us, and we’ve got a gift for you. Now through 11:59 pm PT on December 26, you can score deep discounts on dozens of VR games during the Season of Savings Sale! Here’s a taste of what’s on offer at up to 50% off.

The holidays are in full swing, and everyone’s getting ready for some delicious feasts. But it can be hard to remember to stay active. That’s where VR fitness comes in. You can bring your Meta Quest headset with you and get moving, anytime and anywhere you like.

We believe the industry needs to align on VR-specific performance metrics that better show the full picture. Rather than focusing on display resolution alone, we must consider how display and optics work together as a system in a VR headset. Visual clarity in VR is determined by a number of...

Introducing Meta Reality: Why Mixed Reality Is More Than Just a Video Feed

Today, we’re introducing a new name for our unique mixed reality system—Meta Reality—and giving you an under-the-hood look at what goes into a truly first-class MR experience. 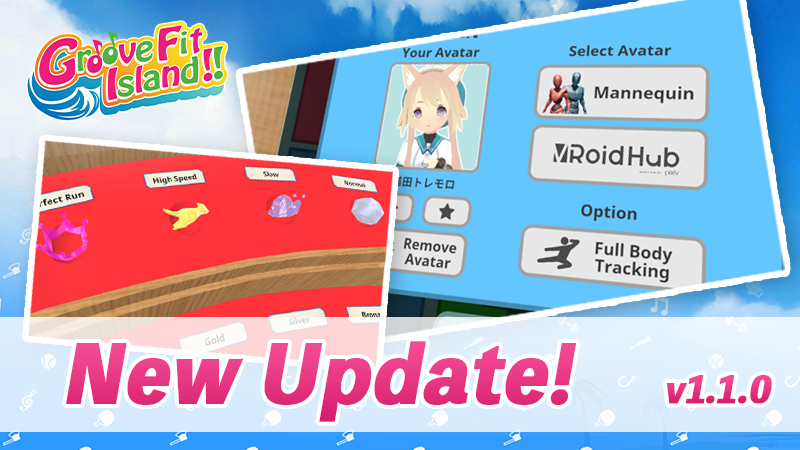 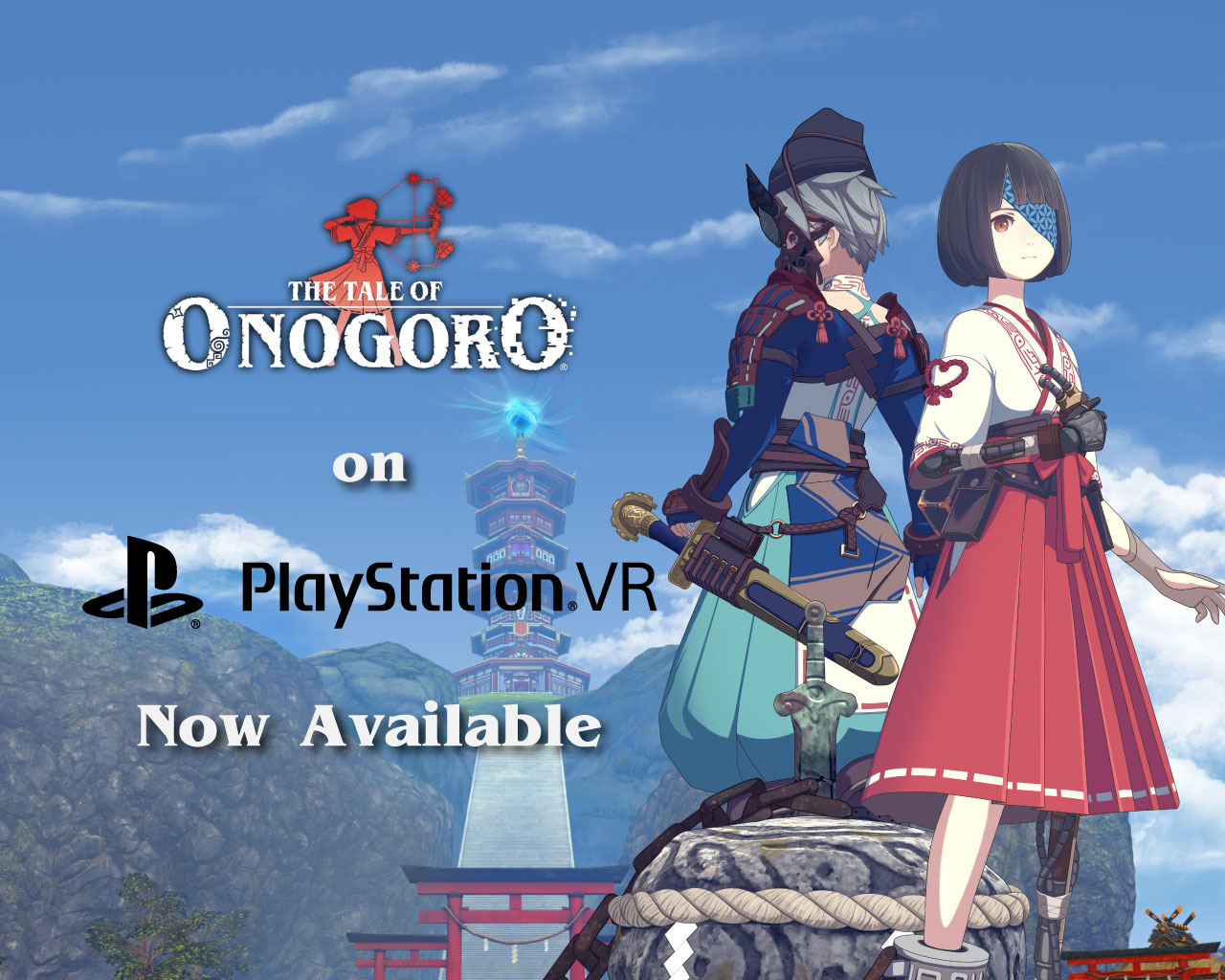 PlayStation®VR version is available today! The soundtrack and bundle version with Last Labyrinth is also available! - The Tale of Onogoro 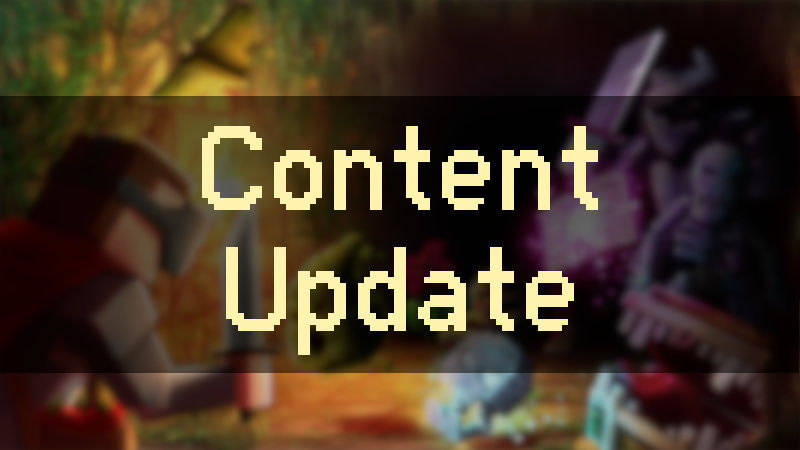 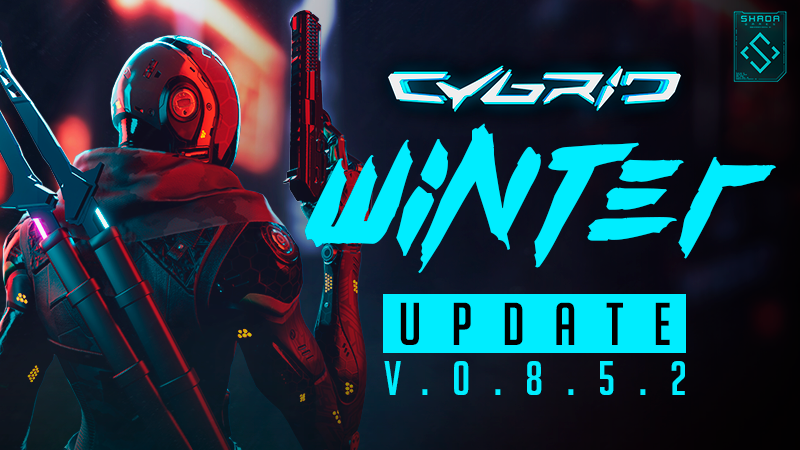 Hello players! Update V.0.8.52 New small update "WINTER"! Here is a short list of new features: Added a new theme for the Room! (You can turn off room decoration in the customization menu) Added new skins for Sword and Blade! I am currently working on a big update. But I couldn't leave you... 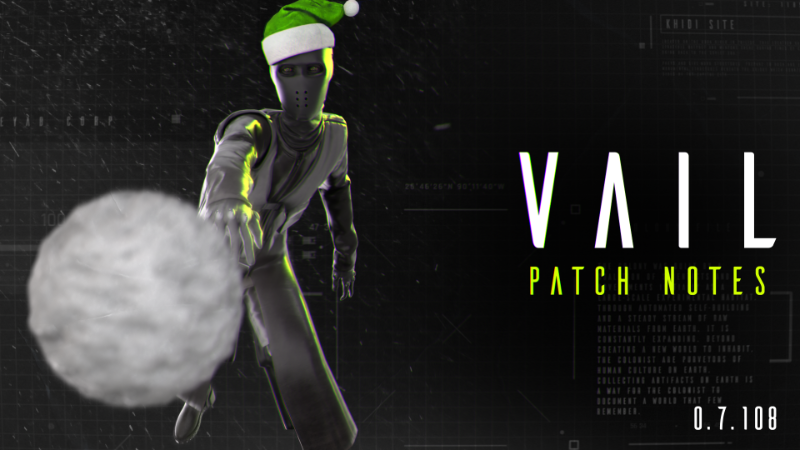 So I am getting a tax refund in the next month and I am very tempted to grab a VR unit. I will have about £500 to spend which is firmly in the Quest 2 price range. Although that means dealing with FB. Something I am not overly keen on.

Before I jump in I was just wondering is it easy to play steam games on this? ie can I just tether this to my PC and use it as a generic VR headset. Also is the Quest version of Beat Saber modable? I remember seeing some discussion of modders not wanting to touch that version due to FB being involved.

Or would it be advisable to see what Valve do with the rumoured Deckard?
Reactions: lashman

I'd wait for next year's Quest 3 and competitors at this point. Also see if Pico sells where you're at.

Whether wired or wireless, Quest should be plug and play with most Steam/Viveport/PC VR games (but still require the Oculus app and logging in etc.).

If the next models all come with eye tracking like Pro and still have a modest price that's going to be a big upgrade and if not you can always get a current model cheaper later on. You'll also get to see if they utilize the same or different/new controllers which will mean at some point it will be hard to replace the Quest 2's if anything goes wrong, just like Rift and Quest used different and being discontinued it's a mess if you have issues (but Rift's were the sturdiest of all). Although Quest 2 supports the Pro controllers for those willing they are expensive with all the self tracking stuff they have in so it's not optimal if on a budget.

You don't need a FB account any more (but whether it's called Oculus or Meta or whatever it's the same company of course so it's all the same, I'm just saying).
Last edited: Dec 27, 2022
Reactions: lashman and thekeats1999

Thanks for the advice. I will hang fire and see what the year brings.
Reactions: lashman

thekeats1999 said:
Or would it be advisable to see what Valve do with the rumoured Deckard?
Click to expand...

honestly - i'd wait for this, even just to see what they have in store

with all the rumour floating around for the better part of this year, i can't imagine it's that far off from an announcement now
Reactions: C-Dub 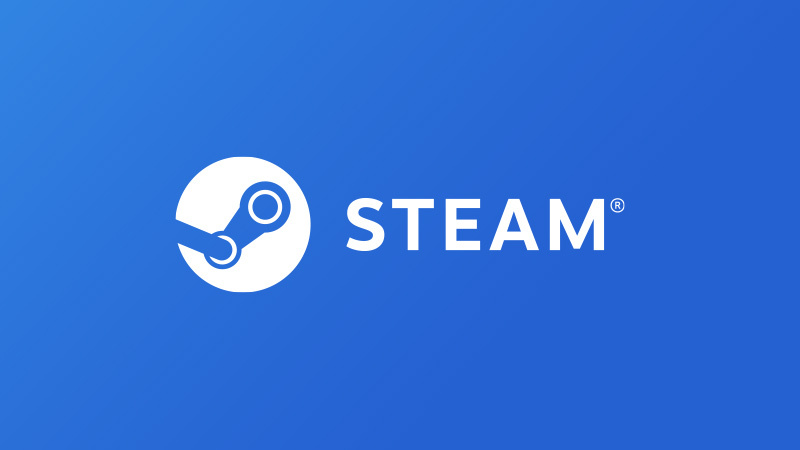 I'll post more timely/thoroughly after the 13th/15th of the month. Lol @ the Vive XR Elite euro-price. 1449. I was about to make a thread for it but screw that. For that price it should come with eye tracking and a second XR Elite for a friend, this is between a Quest 2 and a Pro and the cost reflects that decently I suppose.

Pre-Order GRID Legends on Meta Quest 2 and Save 10%

Get ready to channel your inner speed demon, because GRID Legends is racing its way onto Meta Quest 2 on January 12. Even better, you can pre-order starting today to save 10% off the purchase price. 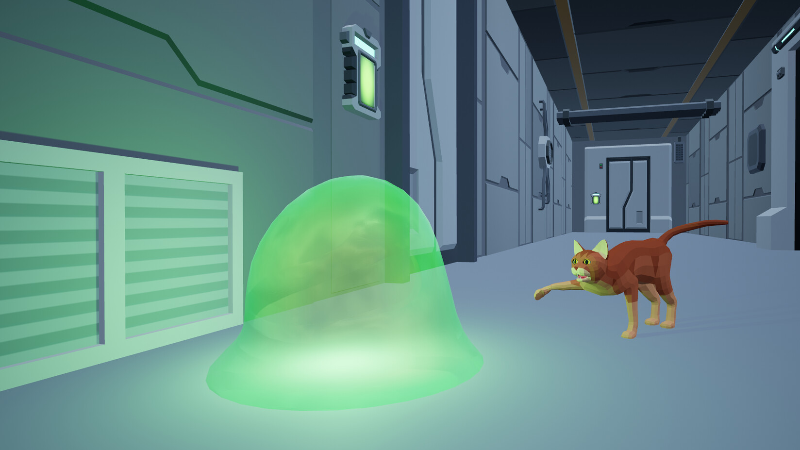 More than 30 games on track for release starting February 22.

Our v49 update begins rolling out soon, bringing with it a new avant-garde Home environment, a new Do Not Disturb mode that silences intrusive notifications mid-game, and a way for parents and guardians manage Parental Supervision settings via our new Family Center web page.

Grab your Meta Quest Touch Pro controllers and learn how they can improve your experience with this short tutorial. Enter your studio and enjoy the simple pleasure of painting in a nice, relaxing environment. 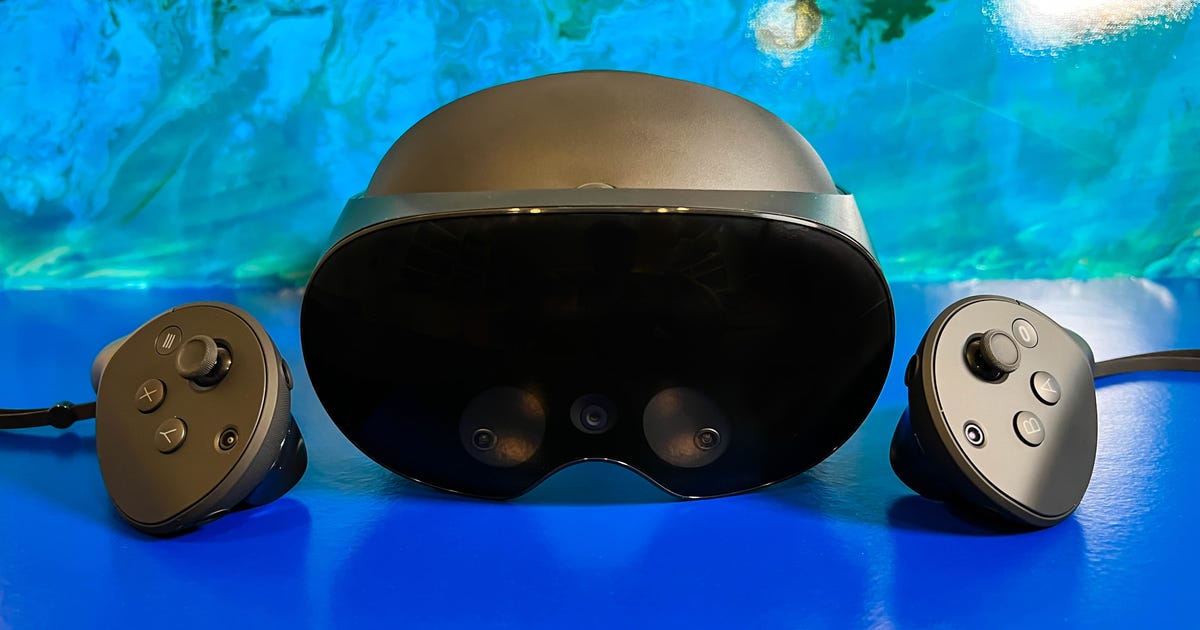 The Meta Quest Pro Is Getting a Limited $400 Price Drop

The one-week sale, or two weeks in the UK, kicks in today. 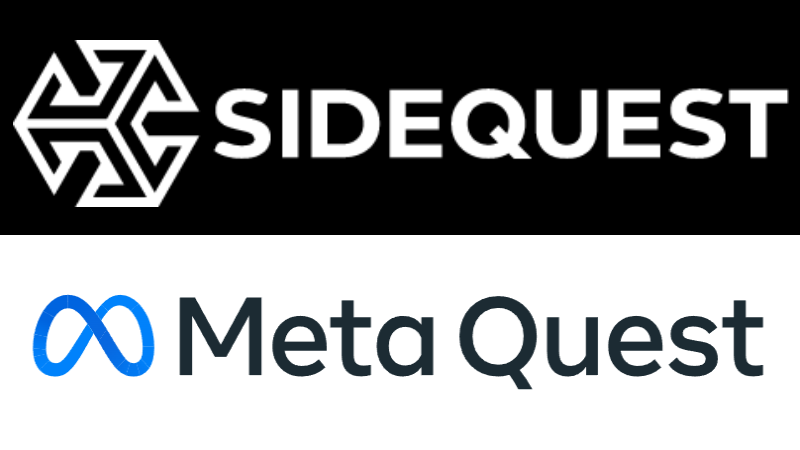 Hello everyone, you may wonder why I was not active and there was no information about the game development for a long time. The thing is that due to damage to power plants in Ukraine, electricity is periodically turned off. I have 8 hours and sometimes only 4 hours of electricity per day, which... When Rec Room first launched in 2016, we thought of it as kind of like the “Wii Sports of VR.” At the time, our avatar designs followed the best practices for VR while keeping them charming and approachable. We avoided showing untracked legs and arms because it could break the feeling of p 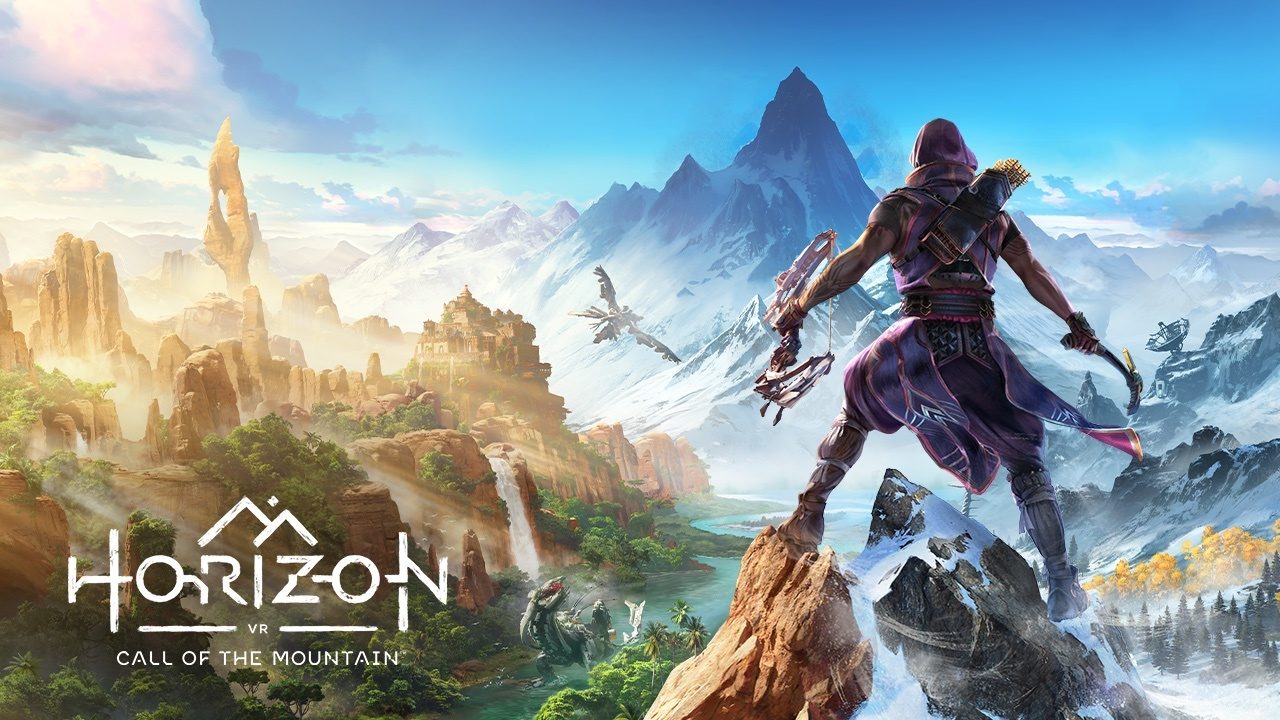 Horizon Call of the Mountain invites you to step into the shoes of new character Ryas and experience the world of Horizon through a different set of eyes.

Looking to give the gift of VR to someone special in your life? Or maybe you’re finally ready to cut the cord and up your own VR game to an all-in-one system with no wires or cables to limit your experience? Then have we got some news for you. Starting February 5 for a limited time, you’ll get... 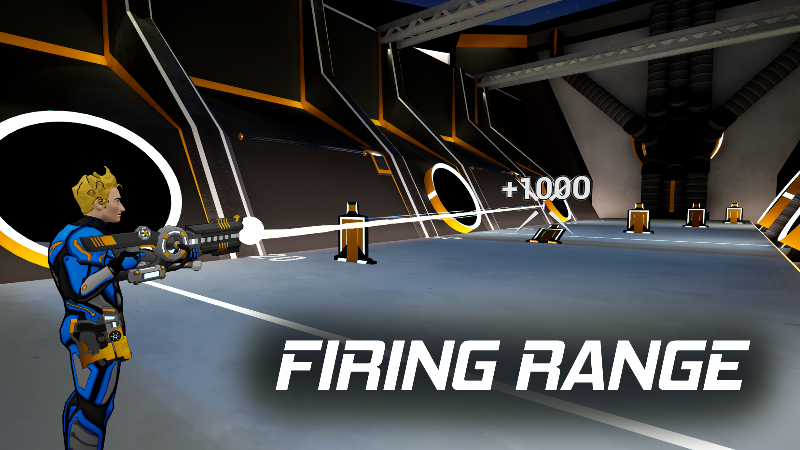 The best VR PVP multiplayer game that's not (just) an FPS is shutting down after July! I can't believe it, what a waste of potential. They never even put Echo Combat in the Quest version. This is why games need player-ran servers as in the '90s, so fans may keep the good ones up forever. I don't know if I hope their next project is Echo VR 2 so they want folks to migrate. I'd prefer something more creative but the amazing locomotion method they devised for their games should not be lost with their relevancy. Maybe a sequel to Lone Echo and Echo VR + more..? VR Orange Box!

More bad Meta news as Quest (1) owners will be locked out of playing Onward, which unlike Echo VR was not a free to play game (though I did buy the Combat DLC), until they buy a newer device. Apparently they don't wish to allow them a final functional version without crossplay or send out refunds out of policy. With rumours saying Quest 3 will be 2.5x as powerful as 2, could Meta choose any cut off time before forcing an upgrade for any game? Quest launched in 2019. Do still online console games often drop old systems? I'm mostly aware of monthly fee MMO type games doing it. The Quest launched in 2019. On 2006's Wii the Dragon Quest X (Japan) MMO is no longer playable yet the game lives on other platforms. It has a monthly fee so you stop paying. Wii Activision games like Call of Duty still work in single player (which Onward normally also offers, not as a campaign but beyond conventional bots). The servers only shut down in 2020!