Mark your calendars — Cyberpunk 2077, the open-world, action-adventure story from CD PROJEKT RED, is coming to Xbox One, PS4 and PC April 16th, 2020.
Click to expand...

Cyberpunk 2077 is an open-world, action-adventure story set in Night City, a 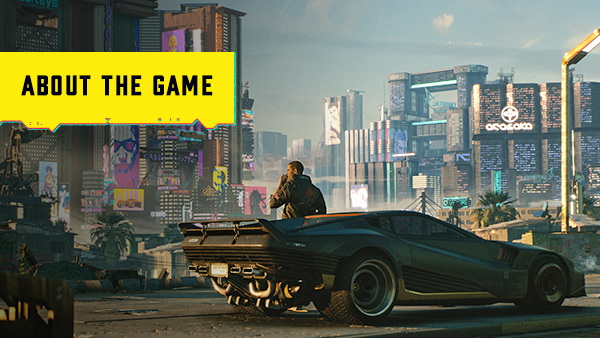 Cyberpunk 2077 is an open-world, action-adventure story set in Night City, a megalopolis
obsessed with power, glamour and body modification. You play as V, a mercenary outlaw going after a one-of-a-kind implant that is the key to immortality. You can customize your character’s cyberware, skillset and playstyle, and explore a vast city where the choices you make shape the story and the world around you.

Become a cyberpunk, an urban mercenary equipped with cybernetic enhancements and build
your legend on the streets of Night City.

Enter the massive open world of Night City, a place that sets new standards in terms of visuals, complexity and depth.

Take the riskiest job of your life and go after a prototype implant that is the key to immortality.
Reactions: Rosenkrantz, FunktionJCB, m_dorian and 5 others

Reactions: EdwardTivrusky, Arsene, ISee and 4 others

This is going to be great.

if i can't romance keanu reeves, there's literally no point in this game
Reactions: Dandy, prudis, dummmyy and 1 other person

Pre-ordered right after the trailer.
I thought this generation might already be over. But this game... It could very well become a new peak.
OP

Not a fan of cinematic trailers (I actually hate them so much), but I'm looking forward to the demo in August.
OP

Just finished Thronebreaker this weekend. Now I know how long I have to replay The Witcher saga before this arrives.

Damn, that was a great trailer, CDPR knows how to hype the shit out of people. My only concern is, how much it'll cost to upgrade the rig to play it in full glory? My current system will melt in a couple of seconds.
Reactions: lashman
OP

It was previously stated somewhere that the US wasn't getting a physical release for this (So we'd miss out of the collectors edition)
luckily enough people bugged them to change their mind I guess!

I wonder what are the required specs for PC version. Time to upgrade CPU+GPU?

fokkusu said:
I wonder what are the required specs for PC version. Time to upgrade CPU+GPU?
Click to expand...

Oh, I don't know. But if we're speaking upgrades, i9-9900K overclocked at 5Ghz and a Titan RTX should suffice.


Also, Youtube comments got a chuckle out of me.

Any new gameplay with dialogue stuff? I wasn't too impressed in the one I saw awhile back.

Then again witcher bored me to tears.

I guess I'll have to upgrade.
Reactions: lashman and EdwardTivrusky

Durante said:
I guess I'll have to upgrade.
Click to expand...

In principle, raytracing scales rather well with additional GPUs, but I fear CDPR isn't investing enough in the Durante market to make it run on clusters
Reactions: EdwardTivrusky and lashman

Durante said:
In principle, raytracing scales rather well with additional GPUs, but I fear CDPR isn't investing enough in the Durante market to make it run on clusters
Click to expand...

It's going to be very hard not to upgrade. When should we expect the next Nvidia GPU series?

Cyberpunk 2077 will be raytraced?

By the way: Also Watch_Dogs Legion and CoD:Modern Warfare

I'm still wanting to upgrade my CPU and now you tell me I'll have to also upgrade my GPU ?

Durante Will a 5820k 4 GHz be enough to take on this? Of course not alone, or do I need a better CPU?

fantomena said:
Durante Will a 5820k 4 GHz be enough to take on this? Of course not alone, or do I need a better CPU?
Click to expand...

Confirms I'll be upgrading my CPU before this too, hype is real.
I just hope RTX 2070 is enough to play this somehow with ray-tracing on.
Reactions: EdwardTivrusky

My fingers are like spirals they're so crossed wishing my hardware can play this game well. lol.
Reactions: Spamlynguist

If you ask me, chances are high we'll need future GPUs to "max" out this game.
And that's okay.

Another forum is in a meltdown about this...

I mean, they should. This company has a history of being transphobic as fuck, and now they want to pull this shit? There's no reason for it to be erect.

I don't understand why they hate women so much.

Aside from speculation about the artist's meta-commentary, it doesn't appear to be out of place within the setting. They've already discussed how important the theme of trans-humanism will be, and how they won't shy about from nudity. This is a world where people can easily replace any part of their body with whatever they want, including sexual organs. The implications of this are pretty enormous. Combine that with capitalistic advertising, and you probably get something like that ad. Whether they're capable of saying something meaningful with these themes is yet to be seen though.
Reactions: Ex-User (307), Milena, lashman and 1 other person

After Witcher, CDPR can shut up and take my money.


#Senpai said:
Another forum is in a meltdown about this...

Phoenix RISING said:
After Witcher, CDPR can shut up and take my money.

I'm aware of the tweets; I don't know what's supposed to be offensive in the photo.

Context for another sexualized ad seen in the top:

Mr. Studd™/Midnight Lady™ Sexual Implants: The Mr. Studd™ slogan "All night, every night and she'll never know."captures the adult intentions of these implants; use your imagination to what they are capable of. Wearer add +1 to Seduction checks.

Other examples of this theme in the world: 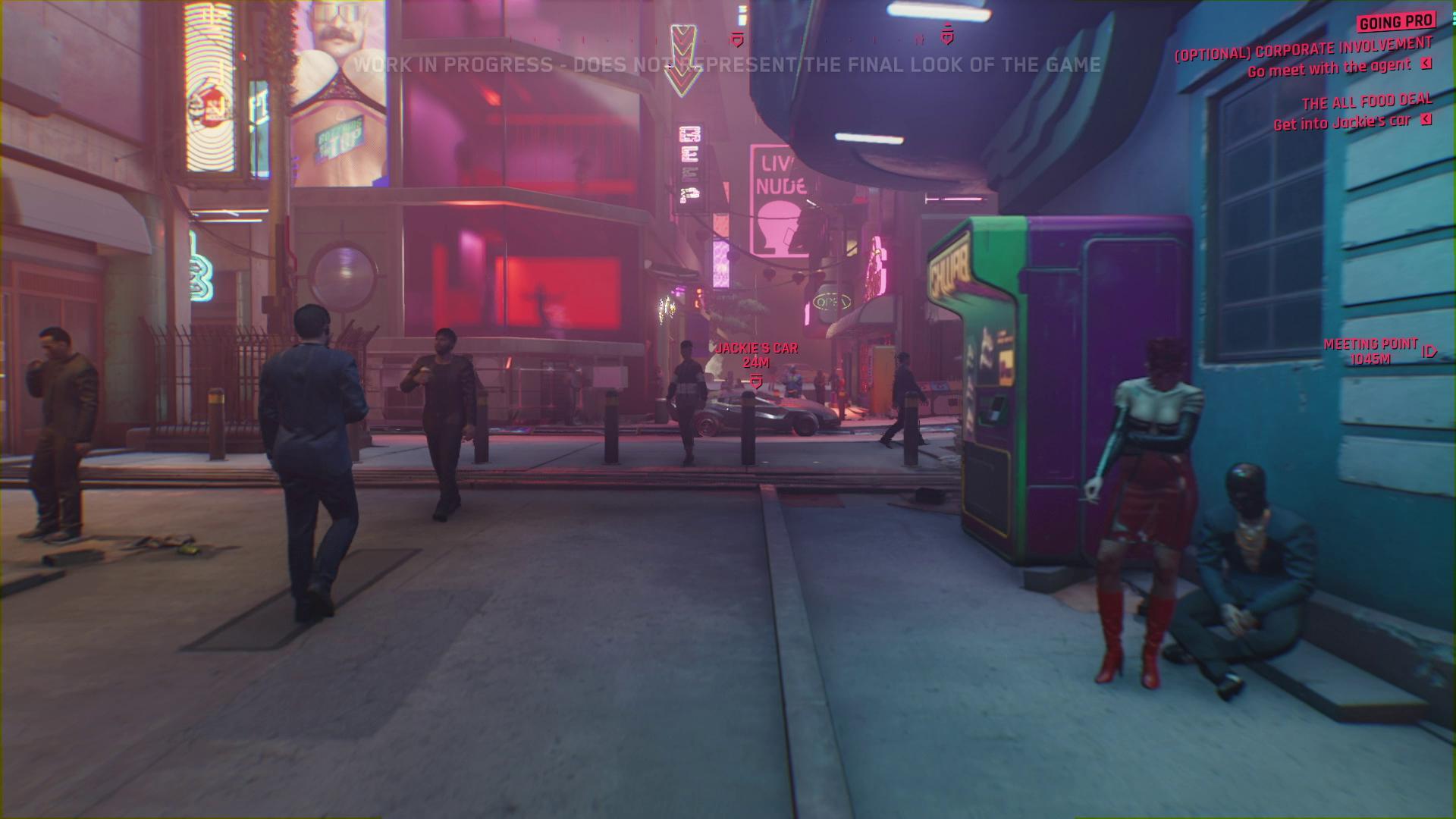 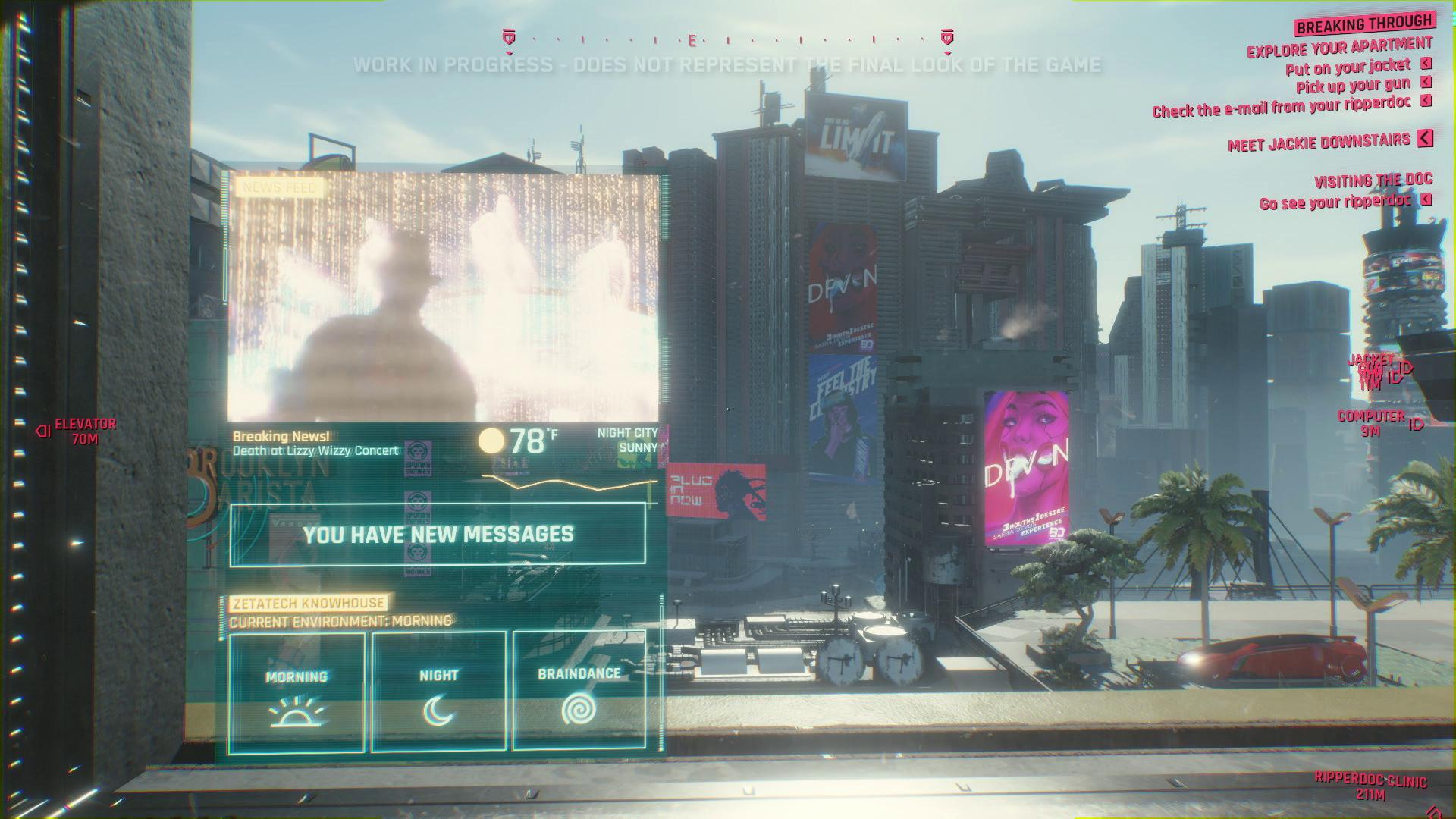 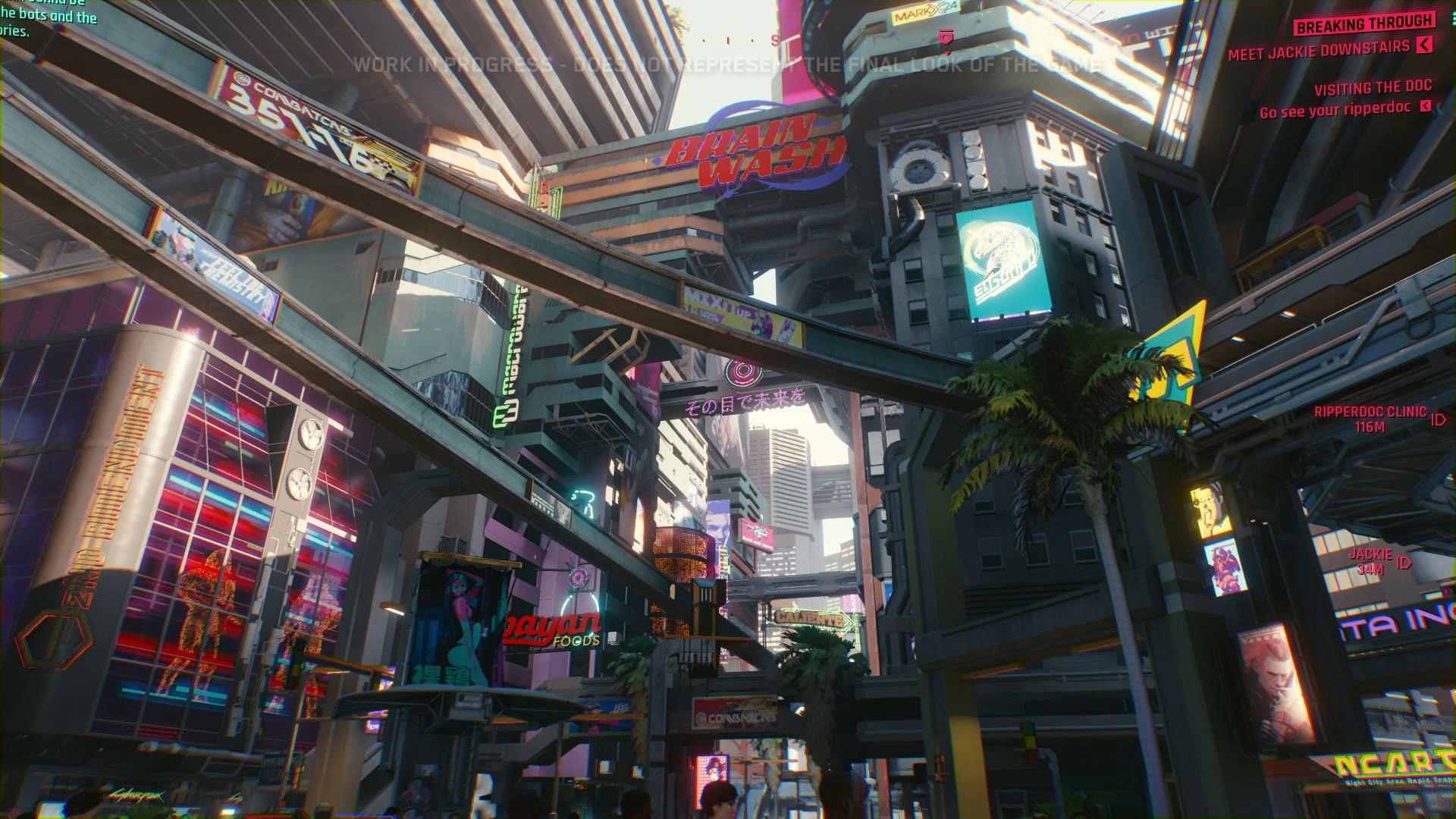 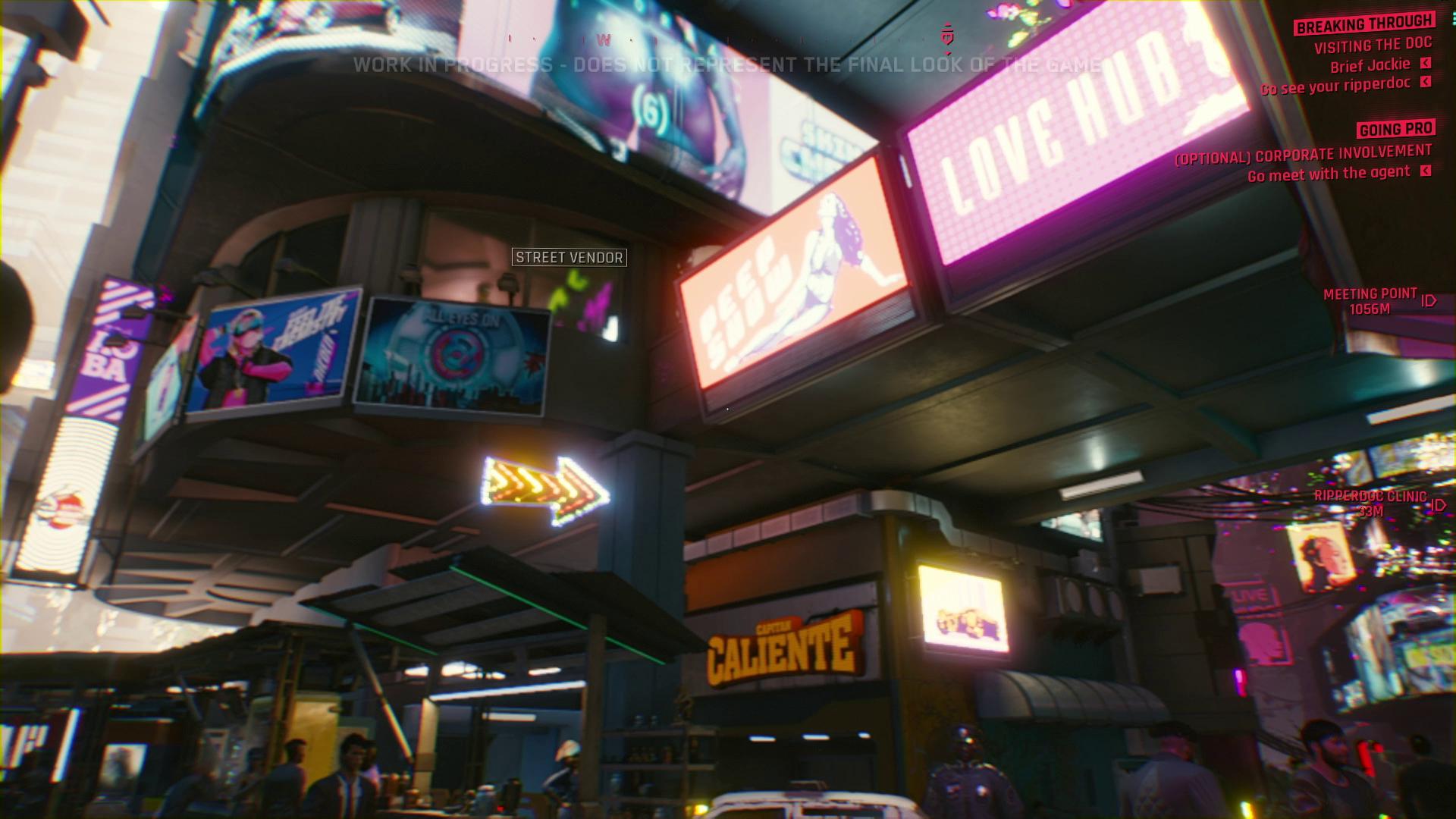 What's very interesting is how these fictionalized cities emphasize the openness of sex as some kind of sign that the times are bad.

I need to play the newer Deus Ex games before Cyberpunk gets here.

Deus Ex will be dated and unplayable afterward.

Phoenix RISING said:
I need to play the newer Deus Ex games before Cyberpunk gets here.

Deus Ex will be dated and unplayable afterward.
Click to expand...

Similar at first, but different setting imo. Mankind Devided is an okay game and I enjoyed the world hub the most. I prefer those smaller, well crafted levels over large open worlds. Unluckily the game ends in the middle, when things become really interesting

Phoenix RISING said:
I need to play the newer Deus Ex games before Cyberpunk gets here.
Click to expand...

You should really really REALLY play at least Human Revolution, it's a brilliant game. I doubt Cyberpunk will top that for me, it will surely be a bigger budget game but Human Revolution is what brought me back into gaming when I was losing interest. Mankind Divided was disappointing.

I actually hope Cyberpunk will be a huge success and spark new life into the genre so Squeenix might finally bring the series back.
Reactions: #Senpai and Phoenix RISING

This man knows how to hype things up, holy shit my hype for this game is reaching critical levels!
I want it now!

What is the marshmallow scene from?

MonthOLDpickle said:
What is the marshmallow scene from?
Click to expand...

It's from an Squarespace ad Keanu made.