Street Fighter 3 NG has the some of the most vibrant and colorful stages in the series.

And finally frequent updates to BBCF recently on steamdb with a pattern that usually leads to a netcode update.
Reactions: ExistentialThought

cf with rollback will truly be a time to be alive

I just picked up Melty Blood, time to do what I do with every fighter, boot up the tutorial, follow some prompts, and close the game with the intent of returning someday.... a day that never comes


I would like to try to get better at one of these games someday haha. It was so much easier when couch gaming was possible. Use to be able to play in person with friends and family, trickier these days.
OP

MrDoctor said:
cf with rollback will truly be a time to be alive
Click to expand...

When you delete all your old test branches and make one new one that's over two million builds ahead of it? I don't think that's just to add the switch colors. Iirc the same group that added rollback to +R were also doing a fan project for rollback for blazblue. The fan project for +R is how that one got started. They mentioned recently how they're almost done working with +R.

Seriously, +R has so much shit added to it from the way lobbies work to togglable lenient inputs. The latter was to help hitbox users with half circle inputs, but is overall helpful anyway. Damn, the update for that game really was a labor of love. They got paid, but they were going to do it anyway. 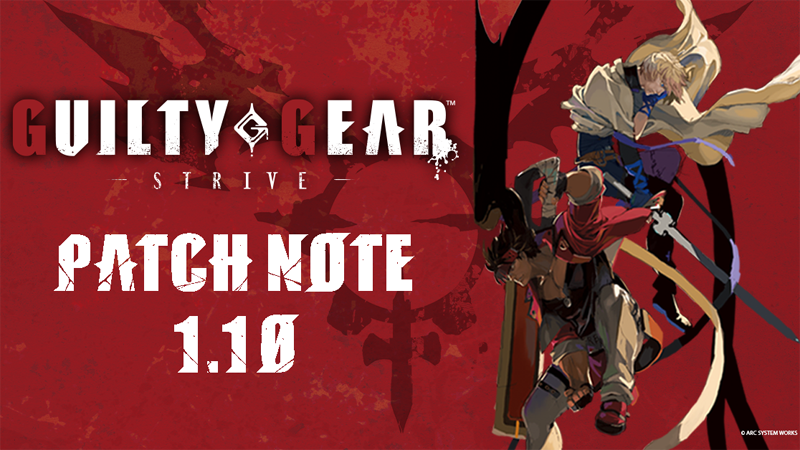 An update to Version 1.10 will be released on October 15 for Guilty Gear -Strive- with battle balance adjustments and fixes for issues in each game mode. General / Game Modes Reduced the network connection time upon login. Added a “Sync R-Code with Server” feature under System Settings from the...

Reduced the network connection time upon login.
Click to expand...

An update to Version 1.10 will be released on October 15 for Guilty Gear -Strive- with battle balance adjustments and fixes for issues in each game mode. General / Game Modes Reduced the network connection time upon login. Added a “Sync R-Code with Server” feature under System Settings from the...

Alleluia! I had to use a proxy in software thing called Totsugeki just not to have the game take 2-3 minutes to load on every start. It was ridiculous!
Reactions: curi0usBystander

Been playing a lot of Strive since the patch dropped. It's wild how much changed.

Since I exist in a perpetual state of character crisis with this game, I'm thinking of dropping Jack-O' for Faust. As fun as Jack-O' is when you have a minion on the opponent, I find her neutral kind of draining. Whiffing 5K on crouching opponents is pain. And you have to do lots of weird, extended strings to try to make unsafe moves kind of safe (but not really) with some serious problems from characters with DPs.

Meanwhile, Faust just seems nuts after this patch. Afro bomb-bag is hilarious. Item toss super is wild now that he has better item RNG and faster recovery. He can now get a safejump after Snip Snip Snip vs the entire cast. The system mechanic changes seem strong for him as well. He's a lot of fun, but yeesh, I'm never going to get any good at this game if I change characters every patch.