Community MetaSteam | December 2019 - Halo! Is It Me You're Looking For?

I think I'm finally getting an SSD for Christmas, so I can join that 2015 life.

Now I just need a new proc, and mobo, and ram, and
Reactions: Pommes, ISee, Arulan and 1 other person

Reactions: undu, DeejayDoom, Mor and 15 others

The anime take over is finally here.
Reactions: Mor, PC-tan, Kvik and 1 other person

I mean, come on, the game's main character is literally called Master Chief. You ain't got a leg to stand on.
Reactions: DeejayDoom, Mor, Exzyleph and 7 others

Today sure has been something! Was about to head to classes from my parents' place in San Diego, but my battery was dead! Then, 2 hours later, after AAA came by and replaced the battery, I'm on the road... and my check engine light came on! While my engine temps spiked! Now, I don't actually think it was overheating - I'm pretty sure it was some weird sensor issue - but still.

Now I'm stuck down here (can't go to classes!) 'cause I'm sure as hell not going 50 miles to Irvine without having my car checked.
Reactions: DeejayDoom, Li Kao, ISee and 2 others

I mean, come on, the game's main character is literally called Master Chief. You ain't got a leg to stand on.
Click to expand...

I mean, come on, the game's main character is literally called Master Chief. You ain't got a leg to stand on.
Click to expand...

Announce something not nausea inducing plskthx

Is halo mcc mp on steam????
Reactions: fokkusu and lashman

Will kill for a Sleeping Dogs sequel

Is there a Halo countdown page
Reactions: lashman
OP


MJunioR said:
finally, here's hoping that more Meta people follow you and join Tim in his fight
Click to expand...

Gevin said:
Is there a Halo countdown page
Click to expand...

nope, but it's going live at the usual time ... when the store updates each day (16h and change from now, that is)
Reactions: MJunioR

gonna be asleep when the store updates, I still need to finish gujian 3 though, I think I'm only half way through
Reactions: lashman

Are Logitech keyboards decent? I'm thinking of getting one of their G series on to go along with my mouse and speakers that support Logitech Light Sync

Logitech keyboards are fine, but a little overpriced and they use non-standard key sizes.
Reactions: NarohDethan

Steam is the ultimate destination for playing, discussing, and creating games.

I was impressed by my GOTY and I didn't think it would leave an impression or anything on me. lewd games make the world go round

Theswweet said:
Logitech keyboards are fine, but a little overpriced and they use non-standard key sizes.
Click to expand...

are they bigger or smaller than regular key sizes?

Size probably isn't actually the best way to put it - the shapes don't match up with the standard sizes for keycaps, so you can't easily replace switches down the line.

Are Logitech keyboards decent? I'm thinking of getting one of their G series on to go along with my mouse and speakers that support Logitech Light Sync
Click to expand...

I want the G Pro but my K95 works just fine and I cant really justify the expense.

Today was my first day at my new job and it was not that bad. I get the idea of what it is that I mean meant to do but I am still getting the hang of things.

Also I went to my old work to get my last pay check and I forget that they have it set up where they basically give you your last check in the form of a disposable debit card. So I have no idea when I will be getting that since the manager in charge when I went to the store said that they didn't have the paperwork. welp, so I may have to go a while with out getting paid..... And I will not be getting payed at my new job until next Friday, so I guess that is almost a month of me not getting payed at all for work? (you get the idea).


Also of the new stuff I got the Sony headphones are cool and I am not sure if they are just loud but I don't see a need to go above 50% volume with them. Also the Logitech G502 SE mouse is cool but the issue I seem to be having with it is the wheel. It is cool how you have two modes with it but they both just feel "off". I now plan to go and look for my new PSU, keyboard and LEGO X Wing. I am in debt big time
Reactions: Pommes, RionaaM, EdwardTivrusky and 2 others

The major patch for Neverwinter Nights is here! Now with achievements! Time to replay! After I'm done replaying Shenmue. 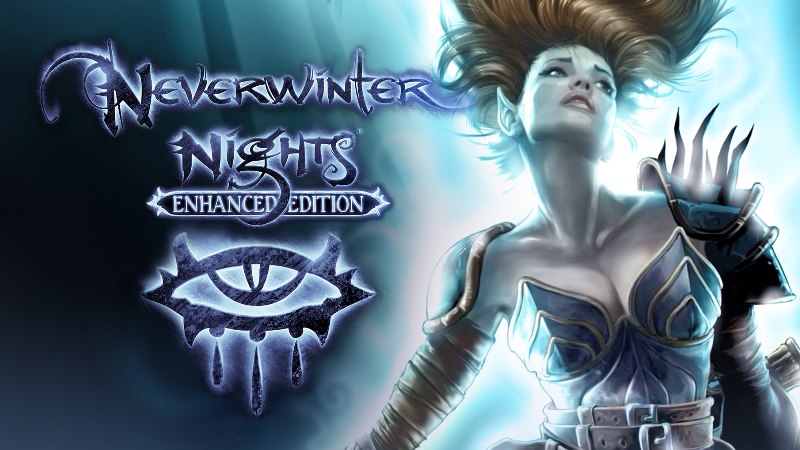 The new patch for #NeverwinterNights: Enhanced Edition on PC (1.79) is finally here! Thanks to our amazing community for your patience. Check out the list of improvements, including bug fixes, 64bit support, achievements, keyholing, toolset updates & more in our patch notes below. This patch...

I'm ready for RDR2
Reactions: EdwardTivrusky, Rando10123, Ge0force and 3 others

It makes me very happy seeing other people's upgrades, especially since its is Christmas time

I believe that one day Cold Steel III will release on PC. I don't know what day that is, but that's my dream. (Also Cold Steel 4 and the Crossbell duo, while I'm dreaming).


Waiting on Japanese PC ports is nothing new. Especially with Persona which has never released a PC version up to now. Atlus has been notoriously shitty about the idea of PC gaming so I would never expect a port. Of couse, I'd love one, but I've given up hope on that series.

I can at least hope that Kiseki eventually comes to PC. Yakuza seems to be doing it slowly but surely. Persona, I suspect, never does.
Reactions: DeejayDoom

Oh man we're getting a new S.T.A.L.K.E.R., a new Half-Life and 3 new Vampire The Masquerade games. We have EA and MS back on Steam. Even M&B Bannerlord has gotten a release date. What alternate timeline are we living at?
Reactions: Panda Pedinte, FunktionJCB, Milena and 5 others

It makes me very happy seeing other people's upgrades, especially since its is Christmas time

I will install them later this week, after I get my new PSU. Also I was thinking of just buying the new key board right now but there do not seem to be any deals. There is the $35USD Logitech G213 and while it does look a lot better than my current keyboard I want to get a much better one

ezodagrom said:
It's more than $70 (on sale for cyber monday for $85), but I think this is what I would recommend: 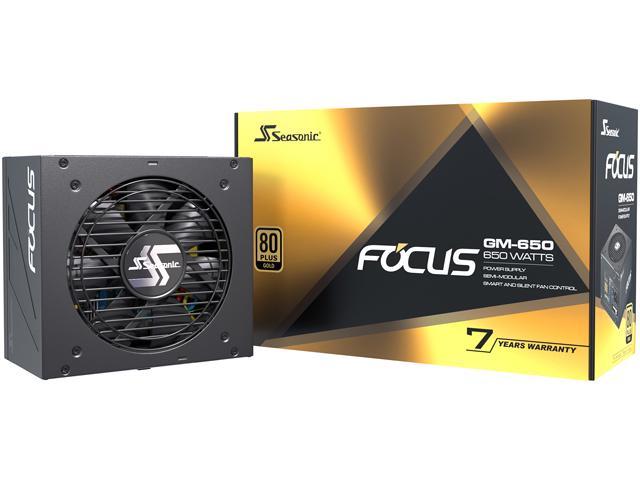 Is it rather quite? Or is that it's one trade off?

You're such a tsundere lash

708 said:
Oh man we're getting a new S.T.A.L.K.E.R., a new Half-Life and 3 new Vampire The Masquerade games. We have EA and MS back on Steam. Even M&B Bannerlord has gotten a release date. What alternate timeline are we living at?
Click to expand...

The one where no one predicted this would happen 5~10 years ago.

Like imagine being in the timeline where one dude or dudette told you this would happen like some prophecy or foretelling the future and such shit.
Reactions: Panda Pedinte, 708 and lashman

Just learned that Chris Avellone is involved in Alaloth as well. The game is now pushed back to 2020. 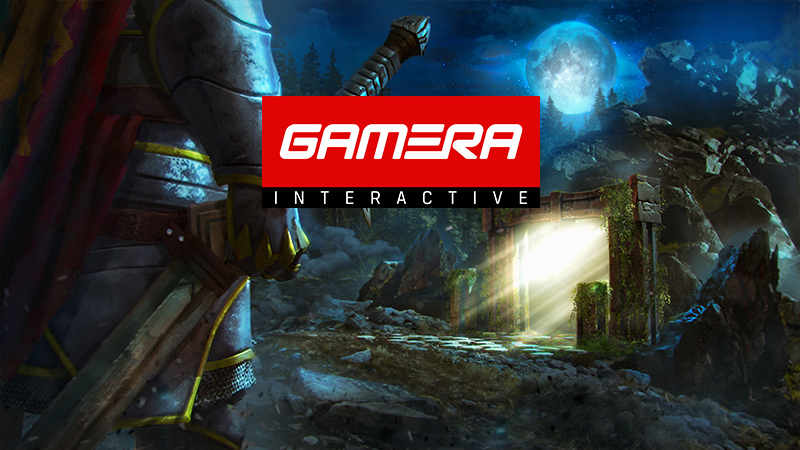 Steam :: Alaloth - Champions of The Four Kingdoms :: Alaloth to be published by All in! Games

All in! Games partners with Gamera Interactive to produce and distribute Alaloth - Champions of The Four Kingdoms!

AHA-Lambda said:
You're such a tsundere lash

I finally got around to disco elysium yesterday and have put about 7 hours into it since, wrapping up day 1 about an hour ago now.

I really don't know how to describe what I've experienced. It's like planescape torment if it was coked out of its mind and having a midlife crisis at the same time. I think around 30% of the time I don't even know what it's saying I kind of roll with it or skip some of the "lore" dumps I get (specializing in the encyclopedia skill was a bad idea) and the weird thing is I think the game wants me to be lost sometimes while it's rambling on. I honestly don't know if I can say I'm having fun with it or not yet as I think I need to see how things are affected by decisions I've made. What I can say is I'm fascinated by how bizarre the game is and how little it cares about offending people over pretty much any topic you can think of that no game will consider touching anymore.
Reactions: lashman, Li Kao, ISee and 1 other person

Too much anime, must leave thread before they get to me.

ISee said:
Too much anime, must leave thread before they get to me.

Glad to see the Steam logo as well
Reactions: ISee and BlindRhythm

That sucks! When did you order it?
I got a shipping confirmation on mine so I should be safe.
Reactions: lashman, ISee and Ge0force

Kind of weird being excited for a Halo game again. Guess it's the whole surreal aspect of it. Years of thinking, "why's it taking so long?" to "guess it's never going to happen." to where we're at now. Hours away from one hitting Steam.

I've mentioned previously of the great times I had with a friend throughout the first three and it's going to be nice being able to share that with folks here from the co-op thread. Might even try to sneak it into one of our events.
Reactions: lashman, FunktionJCB, Li Kao and 4 others

Go my children and spread this news far and wide.

Damn, just realised that I need to play Nier! Hopefully it's on sale during the winter sale.
Reactions: ISee

Monooboe said:
Damn, just realised that I need to play Nier! Hopefully it's on sale during the winter sale.
Click to expand...

Monooboe said:
Damn, just realised that I need to play Nier! Hopefully it's on sale during the winter sale.
Click to expand...