Community MetaSteam | October 2020 - Out of Stock & Out of Money

and thread title for November

"Orange is sus, vote him out"
Reactions: Valdien, QFNS, Parsnip and 2 others

Weird, I tried messing with settings but it always started at high FPS but went down very fast.

I have beaten Spelunky 2 again! With some good gear: 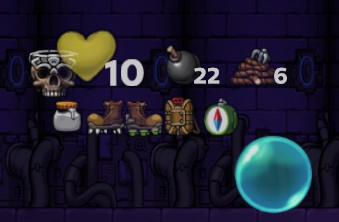 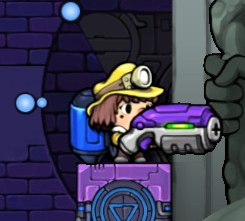 The first time, I did it in a daily run. This time, I have done it in a normal run, so I could unlock the special character. 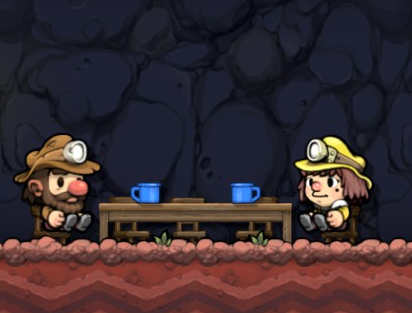 Steam hit 23 million concurrent users today. I know the all time record is 24 million in March when the COVID lockdowns were in full effect, but I don't think the lockdowns are quite as prevalent currently (I know they are virtually nonexistent in the States). I think 25 million might happen during the winter.

As someone who played Dota for years, this is pretty crazy to see.
Last edited: Oct 31, 2020
Reactions: PC-tan, Tomasety and lashman

Its possible. If Cyberpunk does 750k - 1 million concurrent in December that could push it close to 25 million.

Also PUBG continues to fall off huh. Only in the 300kish concurrent now. It was north of 600k not that long ago.
Reactions: PC-tan, Tomasety and lashman

yuraya said:
Its possible. If Cyberpunk does 750k - 1 million concurrent in December that could push it close to 25 million.

Also PUBG continues to fall off huh. Only in the 300kish concurrent now. It was north of 600k not that long ago.
Click to expand...

I don't think Cyberpunk will do quite that well since it's also on GOG and Epic, but it might at least beat Fallout 4 which I think is the all time record for a single player game on Steam with about 500k

I can't believe I went down the rabbit hole of doing FFXII's side content again. Turbo mode makes it a lot faster, but still...
Reactions: QFNS and Tomasety

Picked up Conan Exiles yesterday from a Polish retailer for ~$13 and it's really addictive. I'm especially surprised with how well it runs since I'm used to all the survival games running like shit, but I get 60-140 fps all the time and it plays really smooth. Made a small base on an island and I'm hunting for thralls now.

That's what I was hoping Conan would be, polished every-other-survival-game. But when I played the alpha it seemed just as janky as any. Maybe I'll try it again.
Reactions: Tomasety and lashman

Alextended said:
That's what I was hoping Conan would be, polished every-other-survival-game. But when I played the alpha it seemed just as janky as any. Maybe I'll try it again.
Click to expand...

I honestly ignored the game for a long time because it seemed janky and broken just like other survival games, but I really craved a good survival game to play recently and was looking at recommendation threads on Reddit, and Conan came up a lot, so I thought I might as well try it for such a low price. I only played single player so far, but I can say that it works great and I didn't encounter any bugs or such yet. Maybe waiting a few years was a good call since my experience isn't soured by early, broken versions of the game.

Arc said:
I don't think Cyberpunk will do quite that well since it's also on GOG and Epic, but it might at least beat Fallout 4 which I think is the all time record for a single player game on Steam with about 500k
Click to expand...

It will definitely beat the Fallout 4 record.

CDPR has a much bigger following today than even Bethesda did back in 2015. The marketing has been ridiculous and steam version has been in top sellers for more than a year now as a preorder. GOG and Epic versions will probably be 30% at best. The rest should be Steam. The PC version will be the best way to play too as console versions are most likely gonna be a mess so that will bring in a boost to the sales.

The game comes out on a Thursday so that weekend should be massive. I think well north of 500k.

looking over this months choice games and lightmatter looks like an interesting puzzle game. think ill give that a try today
Reactions: Joe Spangle

Finished Sea of Solitude in one sitting, such a fantastic game! Dragged little bit in the latter half when it became fully linear but man is it gorgeous and love the "story".
Reactions: Pommes, manchego obfuscator, TheTrain and 4 others

Finished and wrote my review for Mystic Pillars

Mystic Pillars is a puzzle game with a presentation and story taking inspiration from Ancient India. A traveler arrives at a land blighted by magical pillars that have stopped the flow of water through it. As the traveler destroys these pillars they gradually restore water and life to the land...

Am I the only one that sees a penis?
Reactions: Joe Spangle, Jim_Cacher, PC-tan and 5 others

Snakethesniper said:
Am I the only one that sees a penis?
Click to expand...

I guess this is a thing now, huh?

Virtual Ruminant said:
I guess this is a thing now, huh?

That notice? Seen that a few times before.

⠀🍳⠀ said:
This game has "mighty" reviews on OpenCritic and was released a month ago on Steam:

I've been "advertising" this for a while here. Great game from a great developer. Definitely worth buying!
Reactions: lashman

Monooboe said:
Finished Sea of Solitude in one sitting, such a fantastic game! Dragged little bit in the latter half when it became fully linear but man is it gorgeous and love the "story".
Click to expand...

definitely want to play it as an abstract story-driven game in the Journey/Abzu/GRIS vein, will play it when it's added to Game Pass with EA Play (hope they finally add Jedi Fallen Order by then)
Reactions: Monooboe

Chairmanchuck Do you know why Carto was removed from Steam Store on China? All I know is that it was made by a Taiwanese developer company so my assumption would be something related to mainland China regulations, but perhaps you can tell me something about this little mystery.

Lets take a look at horror games this time in "Discoveries in Discovery Queue"!

A Dead by Deadlight - type game with a high school background. The students can have 4 different classes to craft objects and help beat them.


It's Halloween night in 1996. Serial killers are chasing you as you try to escape from your high school. You play as one of The Teenagers on the run, or play as one of The Killers doing the hunting. Last Year: The Nightmare feels like surviving through a haunted house with your friends.
Teenagers can:
Killers can:


Say goodbye to southern hospitality in the backwoods of America.
The Swine is a short horror experience (under an hour) that explores isolation, witchcraft, and unforeseen consequences in your rural homestead.
Immerse yourself:
Fear the unknown: Who are these people that have crashed into your quiet life? What do they want? What twisted dogma do they believe?
Click to expand...


The game takes place in the fictional location, Hallowseed.
A place forgotten by time, wrapped in a mysterious demonic terror!
3 friends were camping, when an obscure event takes them, causing 2 of them to disappear.
Alone in an unknown place, Michael seeks answers about what happened, while trying to find his friends.

The game focuses on telling a story where the player gradually gets involved, until he realizes his role in this tragedy!
Hallowseed is the first game of Horror Story series by Jeff Winner.
Click to expand...

Coop horror game where you try and discover the truth behind a hedge maze. Able to play it in 1 playthrough with 3 other friends.


Labyrinthine aims to be a true horror experience complete with all of the horror staples you may be used to. While navigating the regions of the happisburg hedge maze, you will be solving puzzles, collecting items and escaping the horrific entities that lie within it. Cooperative has been the focus since the start of development, so heading in with friends is recommended!
Found items will also provide you with a brief respite from the horrors of the maze, whether it's a simple compass to help you keep track of your heading or a flaregun to allow your friends to find you. Notes are scattered around that will provide clues and give you insights into the history and lore of the maze.
When playing online, you team can be an essential asset if you work together and plan ahead... but staying together isn't always the safest option..
Surviving the maze will require navigation skills, puzzle solving and planning. Do not fall prey to that which awaits in the maze...

The Hedge Maze at ol Jonny Honk’s Fair has been there as long as anyone can remember, but it's never been open. The rumor is, a kid named Charles got lost in it, went in and never came out. When a cop went in after them they went missing as well. No one’s entirely sure, but the locals tend to keep away from it. The maze lives right on the edge of the Local Fairgrounds, and they are hoping to open it up as an attraction.
Built on the land of Ethel Fir. A twice widowed woman who died in 1935 leaving no will and no heir. It's said the maze was a crazed project she had worked away at for years before her death. She had fervently planted and shaped the trees muttering about looky loos, and nosey brats as it grew bigger each year, surrounding her house and grounds, and slowly growing taller and taller. After nearly 8 years without anyone seeing her, the local authorities assumed her dead, and entered the maze. They found her home in a state of disrepair, food clearly long rotten, and it appeared no one had lived in it for quite a long time. They searched the home, and what they could of the maze itself, but failed to find her body or any information regarding her death. Without a will in place, her property was left to the state, and turned into a local park, open to the fair when it visited town.
It's said that from time to time kids will wander in on a dare, or couples will enter trying to find old Ethel's home as a quiet place to be together. Often they come out safe and sound, if a little excitable, but the town has always had a higher than normal rate of missing persons. No one has ever been found in the maze. In the light of day it's simply an overgrown hedge, and a dilapidated home from the late 1800s.
Click to expand...

Reactions: Angelo, Jim_Cacher, Mor and 2 others

Played my first round of Phasmophobia in VR and it's pretty cool.

Also found out that VR players are quite popular in the game.
Reactions: NarohDethan

fantomena said:
Played my first round of Phasmophobia in VR and it's pretty cool.

Also found out that VR players are quite popular in the game.
Click to expand...

How many underwear changes have you gone through
Reactions: lashman

NarohDethan said:
How many underwear changes have you gone through
Click to expand...

Played so many horror games in VR before that I didn't find it much scary.

However the non-VR players find it pretty scary.

My first conversation was basically:

Reactions: C-Dub, Angelo, TheTrain and 2 others

I seem to recall a lot of you like Genshin Impact.


Now if only they'd allow it to run on virtual machines, but I guess that kernel-level anticheat is more important to protect the holy gacha.
OP 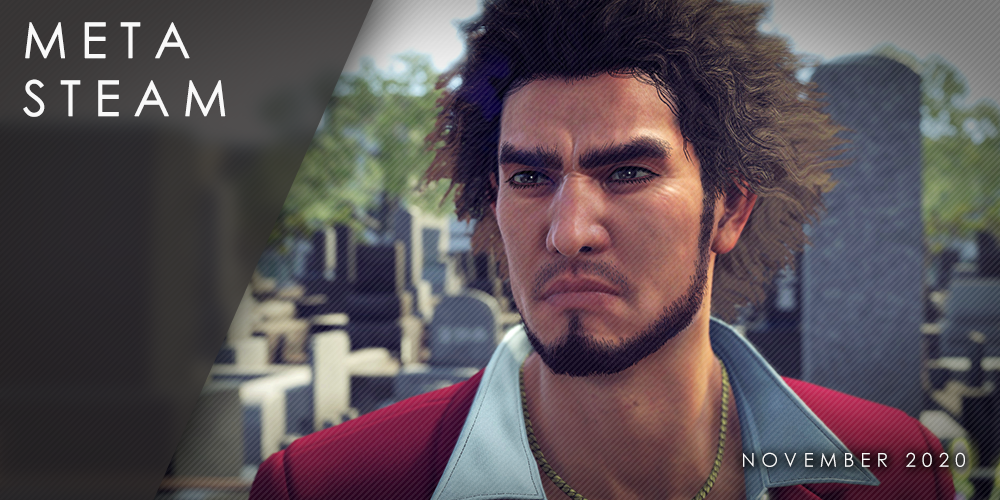