ALEPH - No One Told Me Why

Been a long time since I've really dove into buying music, maybe a year. I've got so much already.... But


Btw, wtf is deathcore? Metal has too many Genres, just lump it into things like "savage" or "groovy" or "old&shitty" (srry ride the lighting isn't interesting to listen to anymore, Master of Puppets still has an edge tho)

Also Gojira bc they're a pretty cool guy, kills boring shit and doesn't afraid of anything.


Lyrics don't matter btw. No one gives a fuck about them who is balls deep into metal. Like fucking black metal, or understands wtf they're saying? Stop lyin'.

Oh yeah, apparently Carcass released a new album in 2013? Where was I for this? (I was in deep in electronic and punk att, stfu about it) Edit: On second remembrance, at the time the album came out, I was working through every single System of a Down song ever released. SOAD is amazing and get fucked if you dismiss them as 'nu-metal trash' or whatever lol. No one gives any fucks or cool points for you saying 'nu metal sucks' anymore.

Damn, being the only one in the office is turning out great for me discovering new music.
Last edited: Apr 29, 2020
Reactions: lashman

Imma earn some hate for this. And its gonna sound hella weird like.

I don't get Black metal. Never have. I blame society.

Seriously tho, I'm down with all forms of singing, I don't shy away from blast beats or extreme music.

Its the guitars, with what I can only describe as 'atmospheric riffing' that I'm struggling with.

I'm trying to ease myself in with The Satanist and Sunbather. Right, not classic black metal but they may have taken the riffing style wholesale so close enough in my book, so that's were I'm trying to work it in. I'm still at the "wall of noise" part of acceptance.

So, like black metal fans, explain yourselves.
Reactions: lashman

don't look at me - Black Metal is kinda/sorta just ok for me
Reactions: Trisolarian

lashman said:
don't look at me - Black Metal is kinda/sorta just ok for me
Click to expand...

I know that feel.

You hear that black metal fans? Come get your bands....
Reactions: lashman

Mostly of you will not understand the lyrics from this song, it's a new version from a song released by Criolo in 2011. Milton's and Criolo's voice, the harmony created by Amaro's piano plus the video of an empty São Paulo showing the people who lives in the streets hit me pretty hard and I almost cried. It made me remember that even though I'm poor that are people living in conditions that no human being should be living. 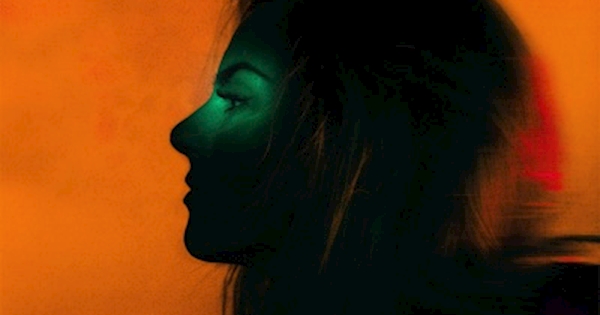 Listen to good to know by JoJo.

I'm hoping to listen tomorrow and I cannot wait till her concert in November.
Reactions: EdwardTivrusky

Pay what you want on Bandcamp (so, free if you want).
Reactions: Falexandre, EdwardTivrusky, lashman and 1 other person

French band Constante (singing in french, but even I had to listen closely to understand the words

Swiss folk-metal band Cellar Darling have done a online concert, and it was pretty neat:

I've been listening to Elfensjón after Luminaire posted about them a while ago and really like that style - guitars, piano, violins, clean vocals, etc.

There's a collaborative album with them and a bunch of other artists, and through that I found this:


It's from "Powerless Sounds", which seems to be a single guy making songs and sometimes partnering with different vocalists.

He has a youtube channel with not that much stuff on it, but what's there is really good.
It's mostly instrumental tracks with wildly different styles and it's pretty impressive.

It looks like he was making Vocaloid songs called Muryoku-P previously, but I haven't looked into that much.
Reactions: EdwardTivrusky, Falexandre and lashman

They had a good Kraftwerk tribute on TV tonight, all the vids.

Another gone too soon.


I've liked what I heard previously and will give the full album a listen.
Reactions: Falexandre and lashman

bobnowhere said:
They had a good Kraftwerk tribute on TV tonight, all the vids.

Another gone too soon.

Take me now, oh, don't you see
I can't get laid in Germany
Reactions: FunktionJCB and lashman

Hektor said:
Take me now, oh, don't you see
I can't get laid in Germany
Click to expand...

This was one of the 'music choices' on a podcast my wife and I listen to: and I thought to myself, somebody on the council is going to enjoy this.

I just can not get enough of this band.