Spotify has a deal now, I got three months and just paying for one. Perfect for all my summer walking. Time to explore some new music again!
Reactions: Stevey and nordschatten

Monooboe said:
Spotify has a deal now, I got three months and just paying for one. Perfect for all my summer walking. Time to explore some new music again!
Click to expand...

And when you're done with that, I believe Google Play Music still offers the first three months free. Not sure if you have to provide a payment method right away, tho.

Sparks as well as Mark Lanegan have also released new records, but I've not listened to those enough to recommend them.
Reactions: lashman, Monooboe and FunktionJCB

No idea if anyone posted this before, but this is pretty great (A. A. Williams, songwriter from London, seems to be labelled post-rock):

A trio of live trios

Because one of the greatest games ever made has been Remastered it's time for some nostalgia @02:30. Enjoy!

Post your own favourites and i'll try to find some more of mine.
It's Saints' Row the Third as if you didn't know.

This category contains all Radio Stations which appear in Saints Row: The Third. 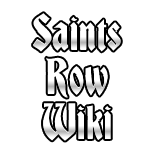 Who did it better

So happy that Spotify is recommending me some good music! The weekly playlist can be up and down but been good thusfar!

South Korean metalcore with dual vocalists - one clean, one harsh. I've been following this group for a while and really like their covers as well as their original works. Their latest album is quite good and a little more electronic and heavier than the "Karma" song would lead you to believe. I'm not sure why but the growls on that track are really low while they're quite prominent on others. That said, the cleans are pretty and the instrumentation is great. The chorus is quite catchy.

Bleed From Within sounded fairly similar to Parkway Drive a couple years back, but they continually evolved their sound. I've greatly appreciated how their music has remained crushing and powerful and full of energy. I was quite disappointed with Parkway Drive's last album sound very soft and commercial with a lot of spoken verse and slow songs. It felt like it was lacking that intensity that I loved so much from previous albums. BFW on the other hand just keeps getting better, heavier, and more creative. I've pitched them to friends as "Parkway Drive but better and without going radio." Also, Trivium's Matt Heafy dad-solos the shit out of this song. The video's amusing as well.

I don't think I've heard of this band until recently, though I'm quite glad I found them. They're a high energy melodic rock band with a bit of a punkish side and catchy melodies. In doing a bit of research, it seems the bassist and drummer are new and quite well received by fans. It's nice to hear the bass in songs actually being played and the guitar lead is pretty awesome. Fans of Band-Maid and Gacharic Spin should give them a...well, a spin.

If you've caught my posts before you probably know that PassCode is one of my favorite groups and I'm always eager to share their works. Starry Sky is catchy with some fun breaks. Yuna's screams remain powerful, though her cleans are still just as good as anyone elses. While they use vocoder/autotune to keep with their electronic theme, they're all very good singers as their live performances continually prove. They're a really fun group to watch and listen to.

BiSH is one of the biggest names in the alt-idol world and and incredibly popular group overall. They have three great vocalists and three incredible vocalists. They're a group without any real weak points, so hearing what they come out with is always a treat. AiNA is especially strong in this song and I'm always impressed at her range and power.

I actually just stumbled upon Hagane as I was typing this stuff up. Much to my surprise, its Sakura Yoshida's band. She's a pretty notable guitarist on youtube who does metal covers such as DragonForce. The intro of the song immediately caught my attention and the rest of it kept it. They're an all-girl power metal group from Japan. There's a certain charm to them and they have a ton of potential. Just hearing the vocals, riffs, bass lines, and dueling leads made them immediately shoot up my list of groups to keep an eye on. I'll have to check the album when its out in a month.

YongYong tries her hand at a lot of different styles. She's been most notable as a rapper, though she's been delving into the world of rock lately. I had no idea she could sing, but I adore her voice even if its not all that powerful. Her general style and aesthetic are wonderful and she mixes quiet well with a heavier rock style. The lyrics are a bit sad, though they're nothing compared to how brutal the next artist is. I hope YongYong keeps with this style, though I'm eager to hear her try her hand at being more aggressive.

Quite possibly one of the darkest kpop videos I've seen and a pretty brutal song in terms of theme and lyrics. The songs completely in English and its about the singer (who is a former member of Wonder Girls) and her struggles with her career, depression, and dealing with her father who was out of her life until he needed to pay back money he stole.

I'm sharing one of their live videos again because they constantly impress me. Demonic screams, guttural growls, and glittery poppy angelic cleans all mixing together for a bizarre but incredibly effective mixture of genres. They're incredibly fun, creative, and absolutely chaotic while giving genre greats a run for their money.

I'm so in love with this song right now! I want to go out dancing.
Reactions: lashman


We Lost The Sea - A Gallant Gentleman - Live at Studios 301


Explosions In The Sky - Your Hand In Mine | Live in Sydney

ooooh, some shoegazing going on. Stevey

Still one of my favourite albums ever, even after all this time.

Always loved this track too.


And a hefty chunk of nostalgia right here too. 1988, well shit.

Some Neds because the thread has been missing it and it's summer.

There's a UFO under the Golden Gate Bridge - confirmed! [by me]

Today we recommend music about different kinds of Sunday mornings - and inevitable Mondays.

and i know it's Persona Q but sod it. This track is great.

Roosevelt is back, still re-writing, re-recording and re-releasing essentially the same song since 2013. For some reason, I can still dig it.