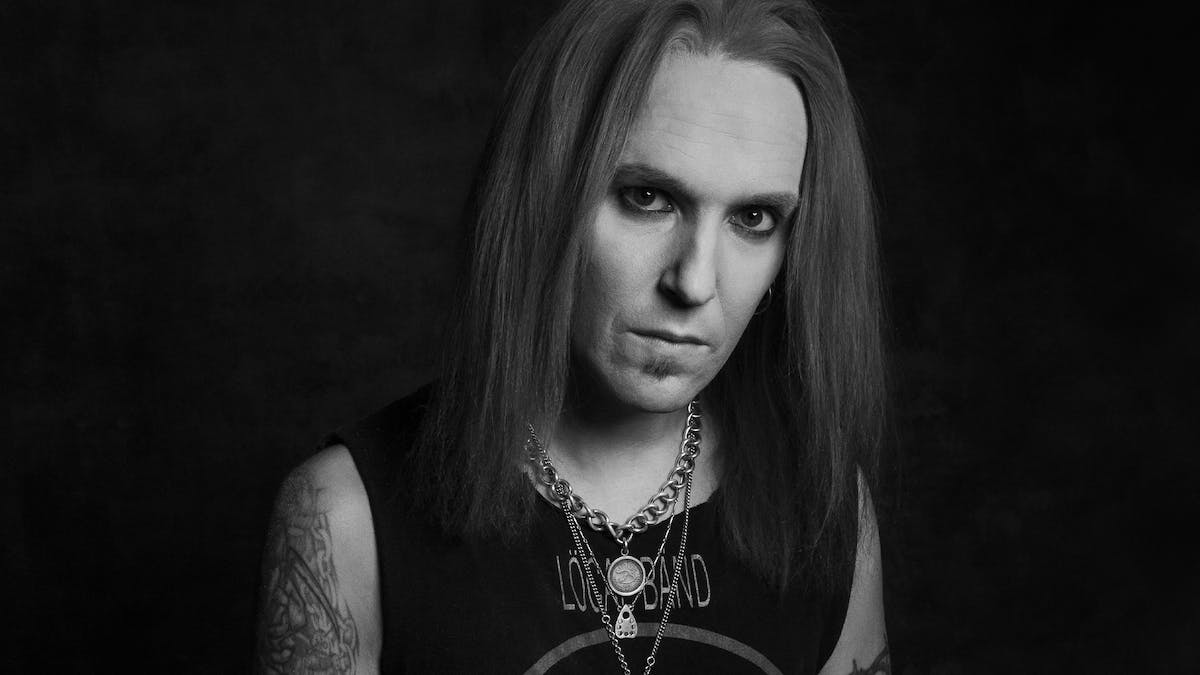 Children Of Bodom frontman Alexi Laiho passed away in his home in Helsinki, Finland last week.

Spiritfarer is a game that exercises the player's tear ducts on multiple occasions, one of them (at least for me, regularly, even after hours of playing it) is this little song that plays during a mini-rhythm game that you play while growing plants in the garden:


In the game, the song repeats multiple times to give it more intensity and Amie Waters picks up on this mood by giving Max LL's original work a treatment somewhere between Disasterpeace and Vangelis, slowing it down by some 20 BPM, teasing the building ostinatos out to an epic 7 minutes and adding an immensely satisfying moment halfway through by extending the harmonic progression to the baseline.

I'm a little all over the place with my interest in metal and its various forms - but this is the chest thumping, goblins and wizards (and swords as far as the eye can see) 'epic metal' I can enjoy.

Gave Queen Bee a listen, they're so fucking cool

So a Scottish fisherman has been credited with bringing a resurgence of Shanties and there's me looking at the clock wondering where everyone has been since Assassin's Creed Black Flag and Raven's Cry were released? lol.

There's been a group of shanty singers playing Sea of Thieves for two years now.
They join a ship's crew and start singing or they sing while fighting with ya. Great stuff.

The longest Johns - Well worth watching some of their videos.


Obviously there's tons more but i thought i'd stick to the video game side of things for this post... ehhhh, changed me mind!

I thought this vocal version (with a made up language) of Schala's Theme from Chrono Trigger was great:

I've been living and breathing Haven in every free minute (of which there've been preciously few ) since new year's day, so here's its pumping, euphoric title track.

The new Jujutsu Kaisen opening made me look into the group (Who-ya Extended) and I quite like their style.

Violet Soda has been growing on me, like sometimes I'm no in mood to listen complex songs I just need that raw vibe.

Here is some Ive listened to latetly (also on Spotify).

Probably my favourite Alan Walker fan video for "Alone", makes me nostalgic to go back to Eorzea:


I've loved Madrugada for years and years and it was great to see this appear after a hiatus then covid went and buggered everything up.

Two tracks from game soundtracks that have nothing particular in common other than the key, the tempo, the synth flute and the arpeggio ...


And, bonus: Faster. not quite the same key (still similar enough to play in a mix), also synth flutes, also arpeggios (so many arpeggios!) and much, MUCH longer. Also, also! - Much older. From the Test Drive 4 soundtrack.

Such a classic track!

Every 5 or 6 years or so, The Notwist releases a new album. Today marks their first studio album since 2014... theyre one of those bands I've followed for a long time, and every time they finally release something new is a little celebration Also, they are absolutely fantastic live, if you ever get the chance to see them...

A punk-rock style cover of "Forest Green" from the original Lemmings from 1990.

Been a while, so figured I'd share some stuff~

All female fronted groups from Japan.

Quite possibly my favorite band. I've adored all of their works since I found them back in 2011. I was super sad to hear their previous singer Emi left the band, but the newest singer Ayumu is incredible and she sounds evil as shit. They're from Japan and have a wonderful and intense sound that not many bands capture. Fans of 2000s era Japanese Melodeath such as Serpent, Shadow, Followbane, and so on should give them a look. They have a new album coming out soon and I'm super excited.

Holy crap. I wish I stumbled on Hanabie earlier. They're a really chaotic group of girls focusing heavily on metalcore/rapcore while mixing in tinges of cuteness/kawaii pop here and there paired with some rather good rap breakdowns. I'm surprised how heavy their riffs are and the main vocalist has pretty strong harsh vocals.

Really neat group that has a really chill and bouncy theme to them. The singers have really great voices and their sound feels like a mixture of BiSH and HAMIDASYSTEM. I'm rather fond of the icy piano pieces that flow through the song.

I've posted ELFENSJóN before but their sound is really magical. Has that touch of gothic symphonic rock and metal mixed with strong female cleans along with piano littered all over the place. This song in particular makes me think of an anime OP, or at the very least I could picture one going to it.

Dictator for Life Yui returns with more gothic and dark rock/metal. I've been wondering where this group has been for so long as its been five or so years since their last release. She's updated her vocals a little bit and they have two new guitarists. The newest album that dropped, Age of Villains, is quite good and has a heavier tone to it that the group has been stepping towards for the past few releases.

Herosyn is a favorite of mine and I'm glad they seemed to have found a producer who actually knows what they're doing. Their live performances are incredibly good and their voices really shine together in them. However, their albums have had some very spotty mixing that make all the vocals and gang choruses sound very weak or muddy. Thankfully that issues is resolved and their studio works sound just as good as their live performances. I'm a big fan of the new song, it has lots of violin, electronics, heavy drums, and fantastic vocals paired with a catchy chorus.

Another favorite group of mine that is always exciting and brings a lot of energy and aggression mixed with poppy melodies. They're a really creative group and their videos are always a treat. Yuna's screams are always powerful and add that touch of chaotic rage into each track and she even sings a little bit cleanly on the new album. The groups use of autotune/synthesized vocals is purely a stylistic choice as they break off of it quite often to show off their actual voices. I'm surprised the group has stuck together this long. They seem inseparable at this point, but shit happens.

TRiDENT is a really fun group with a lovely sound. Their hard rock style is reminescent of BAND-MAID, so fans should check them out. Both vocalists have quite strong voices and carry their own distinct melody. They've been putting out a lot of live videos recently, so it's really nice to see them get more exposure.

What started out as a Touhou music doujin circle evolved into one of the greatest symphonic melopower/death bands out there. Fuki is one of the best vocalists in the scene as I've mentioned before and her vocals on this song really stand out. I'm happy they embraced their more aggressive side going forward as the death growls from their lead guitarist add in a lot of contrasting elements that make everything feel just a bit more intense. Jill, the violinist, is incredible as well. She even covered Yngwie Malmsteen recently on violin. I didn't know that instrument could make those sounds.

This group kind of sounds like if the KPOP groups BLACKPINK and DreamCatcher had a baby. Good riffs, flows, a catchy chorus, and a lot of style mixed in. Only thing I don't like about the band is that it leans too hard on the strongest vocalist and the strongest rapper, giving the other two few lines to actually show their skills.

so you're not completely hopeless after all ... at least you like good music

Also singer for Devilman no Uta. Didn't realize this until now lol.

lashman said:
so you're not completely hopeless after all ... at least you like good music
Click to expand...

Make sure to stick around until 2:38 to hear the greatest saxophone solo in a video game soundtrack that I know of.

Just found this on Spotify.

Super catchy and super obscure little pop number from India, I wish I could turn this into an international hit.

Today marks the 40th anniversary of the release of Depeche Mode's very first single. It's honestly not very good, and neither was its b-side, a song written by Vince Clark (who would eventually split from Depeche Mode and go on to form several other bands, including the still active Erasure) called "Ice Machine".

But Norwegian national treasures Röyksopp released a cover version in 2013 that really makes that song shine and worth posting about, so here it is:

New Frokedal album on the horizon, with a new track released recently. Nice folksy stuff. Shes getting better with each release, its a delight

There's a live archive series by CAN in the works, which is quite awesome news.

First snippet from the upcoming Live in Stuttgart 1975:

This whole album is so upbeat

Yeah, City Pop and City Funk are great. I often listen to them in the background when working.
I have also ended up listening to a ton of BGM playlists as they are good for keeping my subconscious busy and interested without being too distracting while i work.
Reactions: Panda Pedinte

From the Rochard soundtrack.