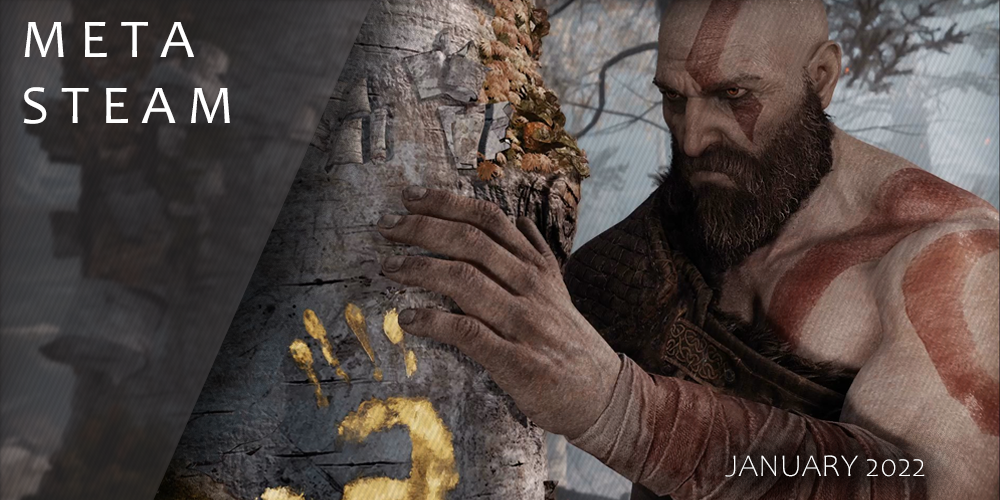 Big thanks for taking part in those monthly threads!
Huge hugs for all of you there.

His vengeance against the Gods of Olympus years behind him, Kratos now lives as a man in the realm of Norse Gods and monsters. It is in this harsh, unforgiving world that he must fight to survive… and teach his son to do the same.

Kratos is a father again. As mentor and protector to Atreus, a son determined to earn his respect, he is forced to deal with and control the rage that has long defined him while out in a very dangerous world with his son.

From the marble and columns of ornate Olympus to the gritty forests, mountains and caves of pre-Viking Norse lore, this is a distinctly new realm with its own pantheon of creatures, monsters and gods.

Kratos is at last coming to PC, HOLY SMOKES!!!

Rise to the challenge and join the hunt! In Monster Hunter Rise, the latest installment in the award-winning and top-selling Monster Hunter series, you’ll become a hunter, explore brand new maps and use a variety of weapons to take down fearsome monsters as part of an all-new storyline. The PC release also comes packed with a number of additional visual and performance enhancing optimizations.

One would probably say that this is perfect for Deck!

The Anacrusis is a four-player, cooperative first-person shooter set aboard a massive starship stranded at the edge of explored space. Team up with your friends in an infinitely-replayable fight against alien hordes to unlock perks, weapons, and new ways to play that you can share with your team!

Chet and his new team are back with a new co-op game that I love visually.

25 years later, throwing flying discs at your opponents is still as cool as back in the days. Sequel to the NEOGEO cult classic Windjammers, Windjammers 2 is the perfect mix between what you loved about the classic title and brand-new mechanics.

Fast-paced, strategic, easy to learn but hard to master: Windjammers 2 follows the steps of the first episode and brings back what makes the Windjammers series an amazing fun and competitive game!

New challengers, new stages, brand-new mechanics and awesome new power moves will make your head spin and enhance your windjammin’ experience. Master the slapshot, dropshot, the jump, the smash and the powerful EX MOVE, and enjoy the kickass soundtrack coming straight out of the ’90s.

The Kids We Were

Set in the late Japanese Showa era (the 1980s), it's a nostalgic journey through a unique time in Japan's recent history. Take on the role of Minato, a young boy who sets out on an unexpected and incredible summer adventure.

This game is an award-winning adventure game originally released worldwide for smartphones in February, 2020. Selected as one of the top 3 titles at the Google Play Indie Games Festival 2020, it has also won the Special Award, and been chosen for the Best Indies category of Google Play's Best Games of 2020.

To celebrate the release of The Kids We Were on Steam, we've added a bunch of brand-new content. If you want the full experience, look no further than this, the Complete Edition!

The Complete Edition includes the full story available in the app, in addition to a new bonus episode set after the events of the main game. There are also brand-new collection items to find!

"Six Inches Under" was a little sideproject that was established to introduce new dev team members to our tools and workflow. Essentially it's our preparation for the sequel to Supraland.

While David Münnich made the first Supraland game pretty much alone, he had a smaller role in this one. The core team for this one had 6 people.
Pretty much everyone on team built 1 or 2 regions of the game world and in that sense it is very experimental.

It was supposed to be a little DLC for Supraland , but it got a bit out of hand and got more and more ambitous. Instead of 3 months it took us 27 months to make this (Supraland 1 was in development for 16 months).
It can be considered "Supraland 1.5" because there are still a lot things from the first game, but at the same time it's a new world with a bunch of new mechanics.

Dead Cells: The Queen and the Sea (DLC)

Battle your way through a rotten shipwreck, scale a burning lighthouse and confront your deadliest foe yet. If you manage to make it through all that, maybe you’ll finally get off this god-forsaken island...

This late-game content gives you an alternative to the High Peak Castle, Derelict Distillery and Throne Room biomes.

[Under construction, delayed as we experience technical problems]

[Under construction, delayed as we experience technical problems]

Reactions: Tomasety, inky, voodoo and 26 others

Thanks for this lovely new thread Mor
May the new year bring blessings to all your backlogs.
Happy new year to everyone.
Last edited: Dec 31, 2021
Reactions: Tomasety, Joe Spangle, KainXVIII and 13 others

Here's a pic of your man Helmut I took in 2016, but Helmut is timeless so. 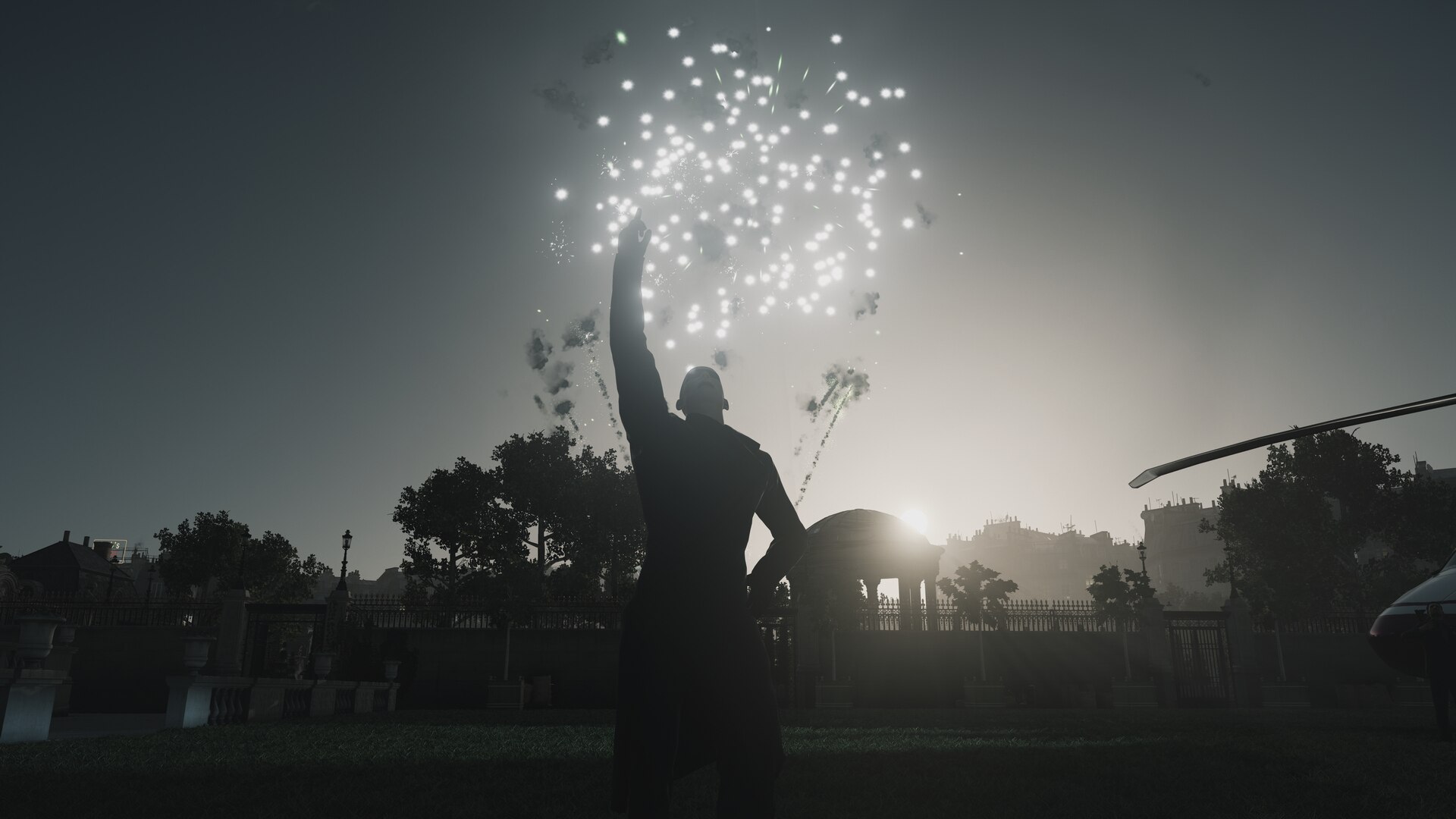 Happy New Year Meta. I hope that you all will have healthy and happy 2022!
Reactions: Tomasety, Joe Spangle, KainXVIII and 17 others

And special thanks to Mor for creating another great thread! 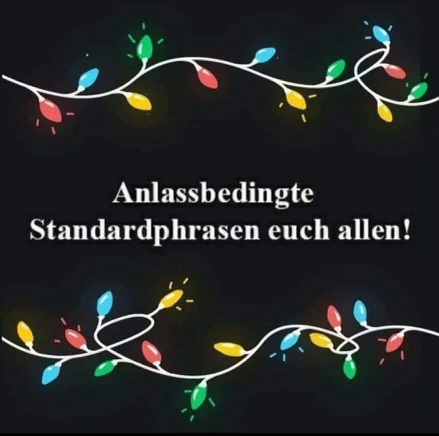 Thanks for the thread Mor and happy new year once again!

Happy new year everyone, I'm not much of a talker but this is easily the best forum around
Reactions: Tomasety, Joe Spangle, KainXVIII and 17 others

Hopefully the members that are missing returns to our little forum.
Reactions: Tomasety, Joe Spangle, KainXVIII and 14 others

Happy new year! Thank you Mor for the new thread!

DKA said:
this is easily the best forum around
Click to expand...

Happy new year everyone, and thanks Mor for making the thread!
Reactions: Tomasety, Joe Spangle, KainXVIII and 17 others

I did go out and saw fireworks and the Eiffel Tower, so didn't stay a recluse at the start of year!
Reactions: Tomasety, KainXVIII, sk2k and 17 others

Thank you for the thread once again, Mor!

Wishing you all a very happy, peaceful, safe and healthy New Year. You really are the best bunch of peeps - be kind to yourselves! May your many games be good ones.
Reactions: Tomasety, Joe Spangle, KainXVIII and 17 others

Wishing you all the best in 22 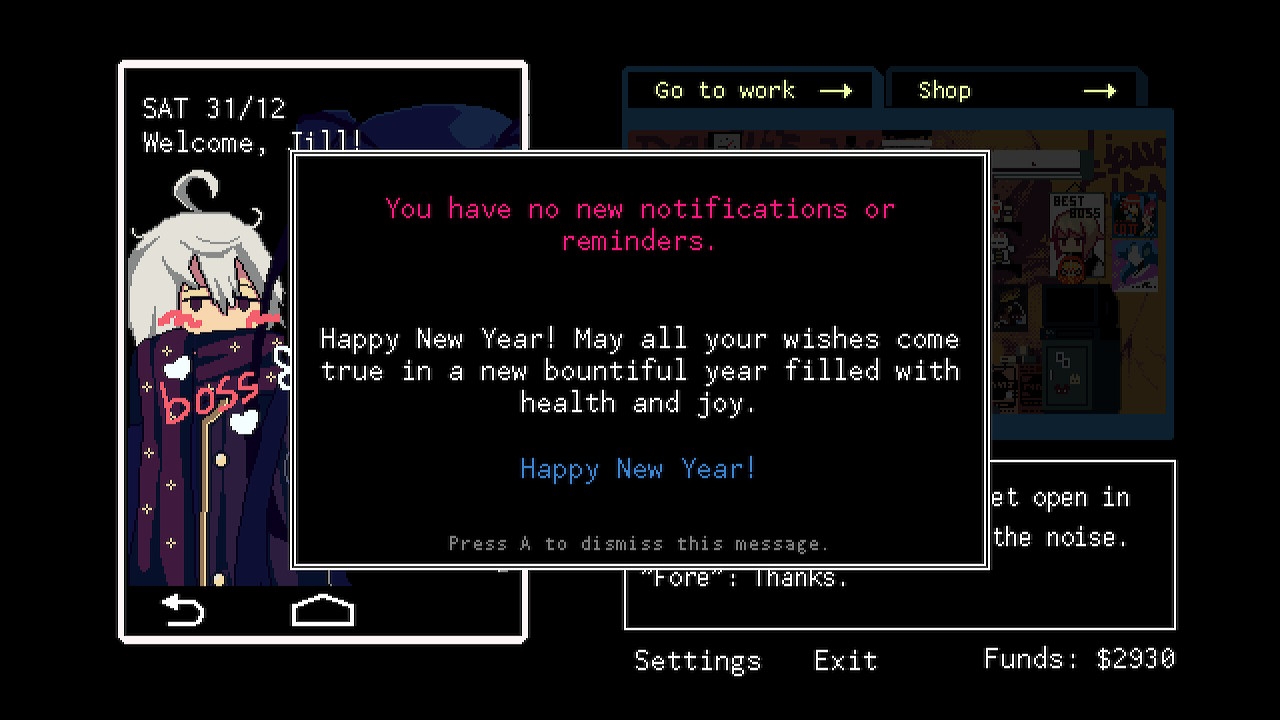 May 2022 bring everyone health and good fortune! It been very tough, the world lately... but let's all do our best to keep pushing ever onward. Exist. Be okies and help each other when and how we can.

I love each and everyone of you fine folks
Reactions: Tomasety, KainXVIII, LEANIJA and 13 others
OP

Sadly due computer dying some assets weren't saved and some things got stuck in my hard drive so I couldn't upload some games to the server.
Reactions: Tomasety, KainXVIII, sk2k and 9 others

Great OP, Mor! Looking forward to God of BOY! actually. Never been too much of a fan of the old hack and slash GOW games, but this sequel seems to give the franchise a very new take.
Reactions: Tomasety, KainXVIII, sk2k and 3 others

Lurking in the Shadows

A little less then 3 hours to the new year here... and I already ate waaaaaay too much.

And thank you Mor for the thread!! You really stepped up for our great little community here!
Reactions: Tomasety, Ge0force, KainXVIII and 15 others

Happy new year to everyone. I wish 2022 will be the year we ll finally balance our backlog.
Reactions: Tomasety, Ge0force, KainXVIII and 16 others

YuqiSatori said:
Thanks for this lovely new thread Mor
May the new year bring blessings to all your backlogs.
Happy new year to everyone.
Click to expand...

This is the year NVIDIA will produce more than 3 GPUs per month, right?
Reactions: Tomasety, Ge0force, KainXVIII and 9 others

Knurek said:
This is the year NVIDIA will produce more than 3 GPUs per month, right?
Click to expand...

1 will be stolen between the factory and the docks, 1 for cryptobros, 1 for scalpers and 1 RMA, lol.
Reactions: Tomasety, KainXVIII, sk2k and 4 others

None shall remember those who do not fight.

A bit longer to go til it is 2022 from here, so happy new years from the past

Thank you Mor for making this thread, greatly appreciated!!!!

Happy New Year everyone!
Reactions: Tomasety, m_dorian, Yoshi and 14 others

Happy New Year everyone!! Thanks for the new thread too Mor
Reactions: Tomasety, m_dorian, Yoshi and 15 others

Happy New Year again everyone! Thanks for the new thread Mor !

Looking at picking up God of War and MonHun RISEEEEEE this month. Might look at The Anacrusis as well depending on reviews.
Reactions: Tomasety, m_dorian, Yoshi and 14 others

Happy new year everyone, I'm glad everyone is doing well still because the last 2 years have been pretty ass
Reactions: Tomasety, m_dorian, ExistentialThought and 15 others

It's still 2021
Reactions: Tomasety, ExistentialThought, Yoshi and 3 others
2874 More Posts...