At the final chapter in Uncharted Lost Legacy, much much better game than 4, and the puzzles are actual puzzles!
Reactions: Ge0force, ExistentialThought, MegaApple and 2 others 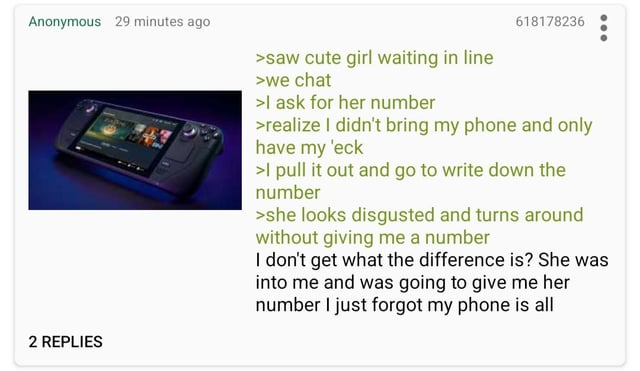 you can forget your phone, but you can't forget your Deck
Reactions: ExistentialThought, lashman and Panda Pedinte

With a sale approaching (and another one coming next month), here are a handful of recommendations of various genres, all somewhat overlooked games that are well worth a look:

And a few compilations that I personally find to be awesome deals, especially when on sale:

Mistlands biome for Valheim out now for public testing: 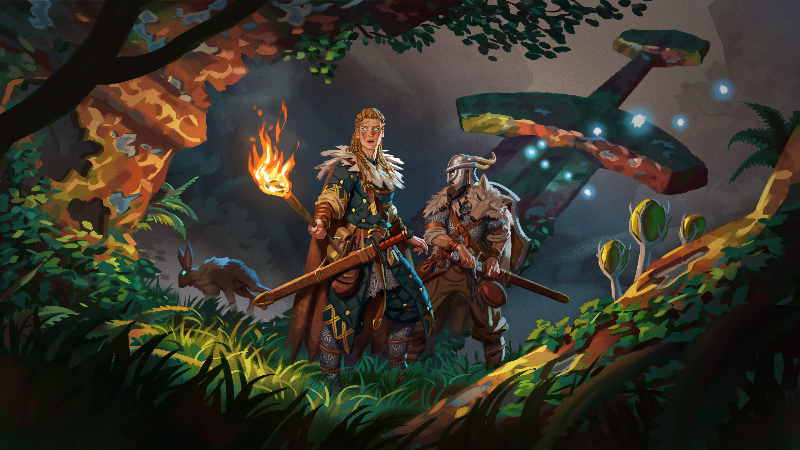 This update is for the Public Test branch of Valheim, and may therefore be unstable. Before we launch this update to the Default version of the game, we want to make sure to have a chance to discover bugs and adjust the balancing, to give you the best game experience possible. Access the Public...

The Steam Autumn Sale has started 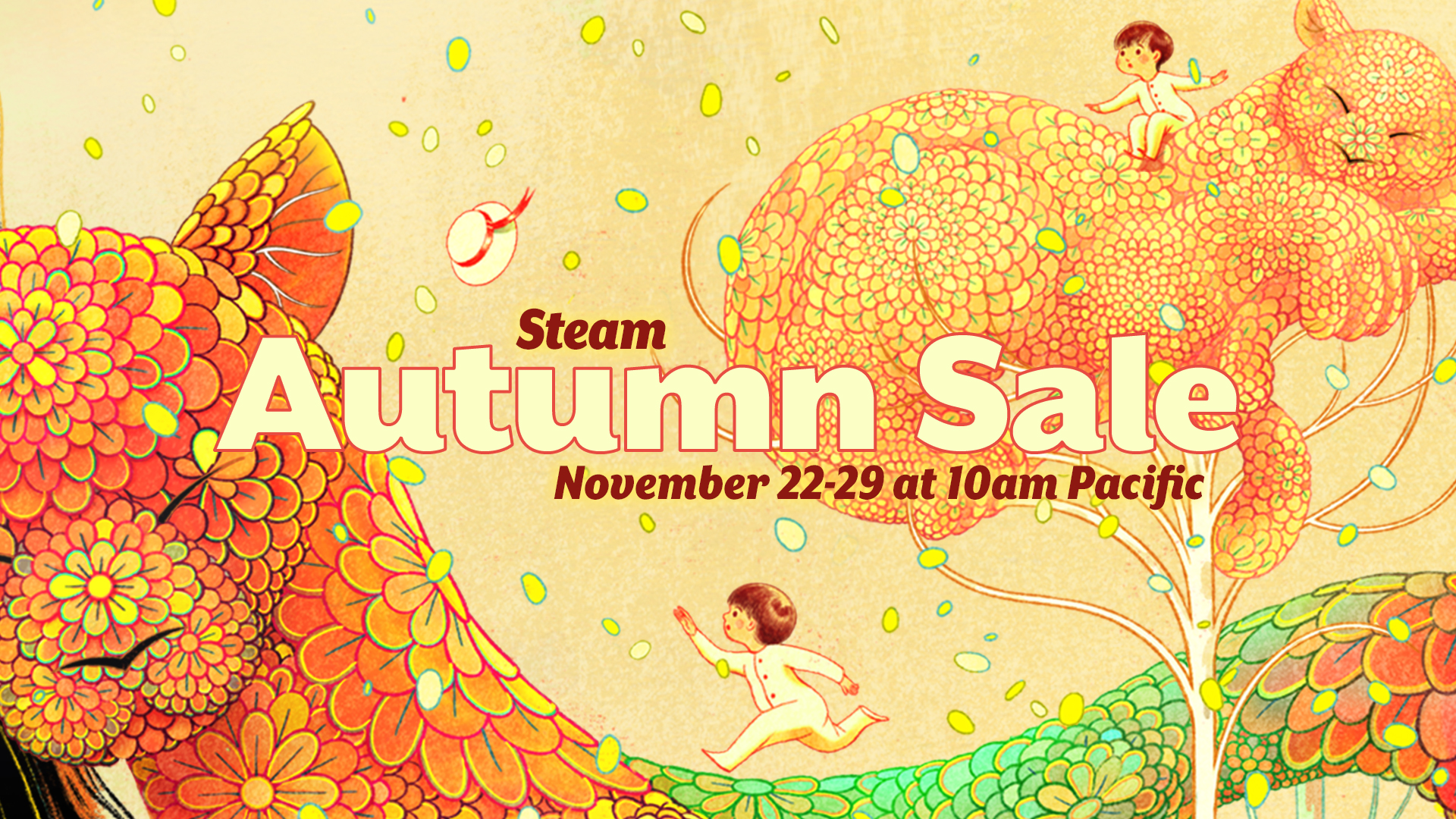 The Steam Autumn Sale is on now—find great deals on thousands of games! Plus nominate games in 11 categories in this year's Steam Awards. 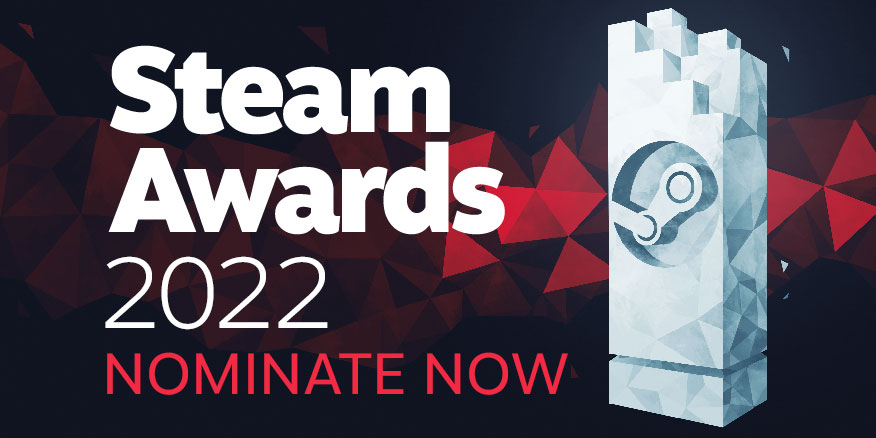 Nominate Games for the Steam Awards

Nominations for the Steam Awards are now open!

Ship of Fools releasing on the during a Steam Sale. Godspeed, you fools !
Reactions: Prodigy, PossiblyPudding and thekeats1999

Li Kao said:
Ship of Fools releasing on the during a Steam Sale. Godspeed, you fools !
Click to expand...

Persona 5 deserves Story rich and best Visual style. How am I supposed to decide? The On the go award too wtf
Reactions: QFNS

Vampire Survivors is my GOTY
Reactions: Ge0force, sanhora, Le Pertti and 4 others

Picked up P5R and Kena.

Played the og P5 on PS4 many years ago and loved it, gonna be nice with Royal on PC.
Reactions: QFNS, C-Dub, yuraya and 1 other person

And no discount on Sonic Frontiers despite it getting retail discounts.

Edit: In fact, out of the top 10 games on my wish list, none are discounted. Wow. What a disappointing sale (for me).
Reactions: Le Pertti

Square are so uneven with sales. Feel like they are playing with dices to decide what's gonna go on sale. However, I am considering NEO TWEWY and Triangle Strategy. But for some reason Octopath is not on sale.

In a just universe Pentiment would win this year's story award easily.

In our universe it will probably not even be nominated.
Reactions: dummmyy, FeedMeAStrayCat, Pommes and 7 others

I do not know how to direct link the bundle, but it is cheaper if you are interested in both. 100% recommended games
Reactions: sk2k, FeedMeAStrayCat, Joe Spangle and 4 others

for now these are in my cart, I'll think if I want to spend on this sale or not

I can see that confirming trading card listing on the new Steam Mobile App is as unwieldy as ever. Why can't I do “select all” ? I have nearly 100 cards to sell.

In our universe it will probably not even be nominated.
Click to expand...

But this year also has Citizen Sleeper. And Norco. Which both also won't win even if they deserve it...
Reactions: Pommes, C-Dub and Panda Pedinte

And no discount on Sonic Frontiers despite it getting retail discounts.

That's because of Steam policies, SEGA can't run a discount on Sonic Frontiers yet.

Yo what's up with prices on Valve games, many are like under one euro! Are they going bankrupt?XD
Reactions: Prodigy and Panda Pedinte

Had a good sale 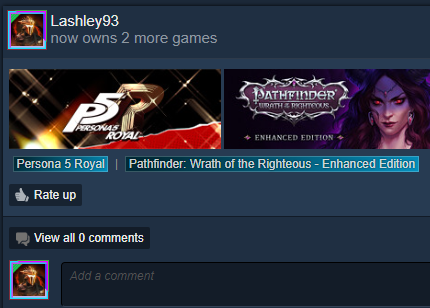 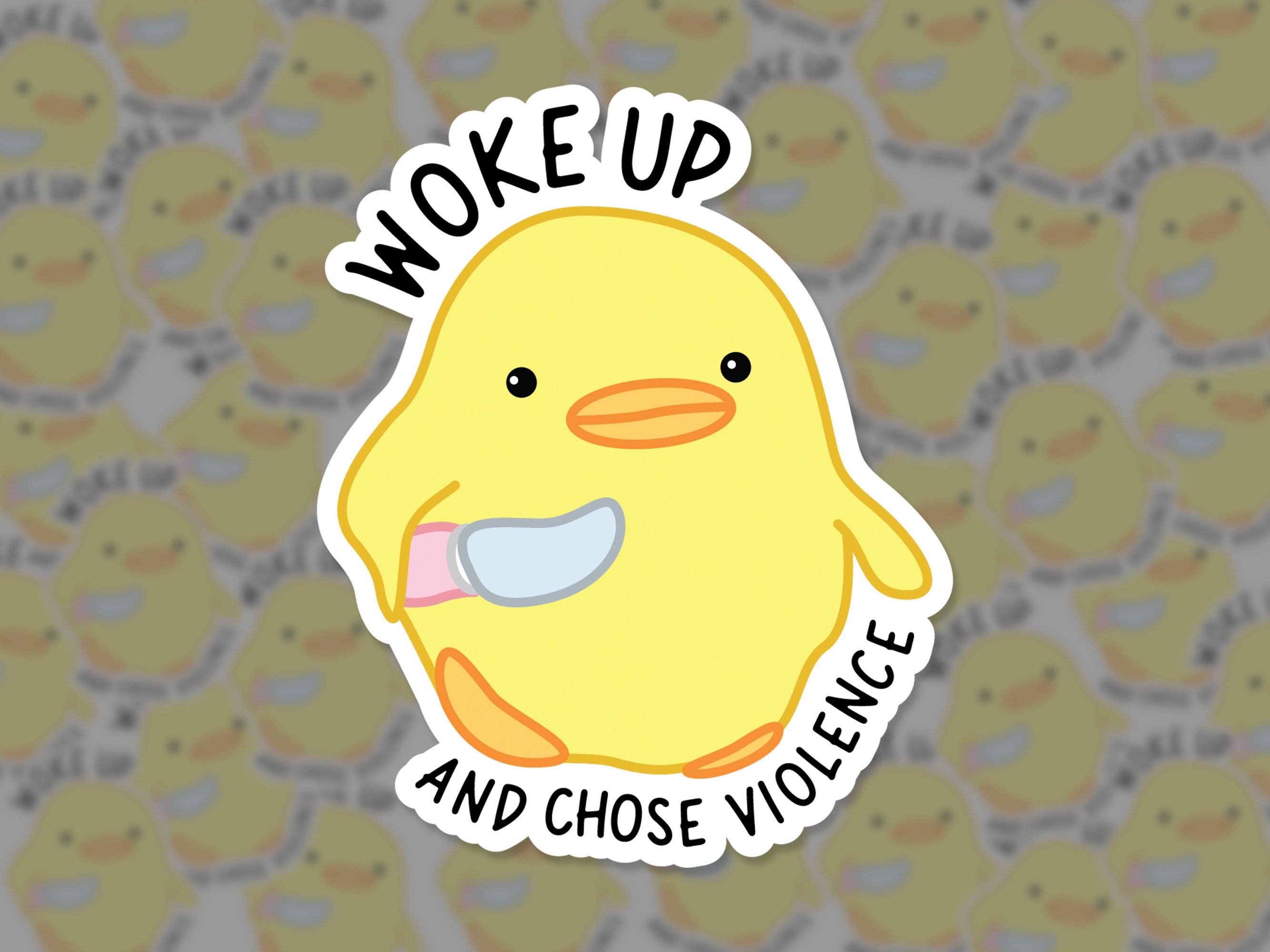 ZKenir said:
for now these are in my cart, I'll think if I want to spend on this sale or not

I have spent a couple of hours playing the metroidvania game Ghost Song. It is really good! The introduction is approachable, mysterious and easily funnels you towards a point when you have gotten some essential abilities and the game opens up. The graphics look great (especially on my OLED screen) with some striking use of bright colors, darkness and faux 3d parallax effects. Is it not quite as spectacular as Ori and the Will of the Wisps, but I am really impressed that they delivered this kind of quality in an indie game. The feeling of movement and animations are better than in most metroidvania games, and it has been a joy to discover new traversal abilities. The game is more focused on exploration than bosses, but there have been some interesting mini-boss battles which make great use of your movement abilities. The game has some fun ideas about combat dynamics, such as your main gun heating up and slowing down the firing rate, but enhancing your melee abilities while it is hot. When you level up you unlock suit battery power which you can distribute on different suit subsystems (found in the world) which significantly alter combat, and amount to a fun progression of combat gameplay.
Reactions: ExistentialThought, lashman, thekeats1999 and 2 others 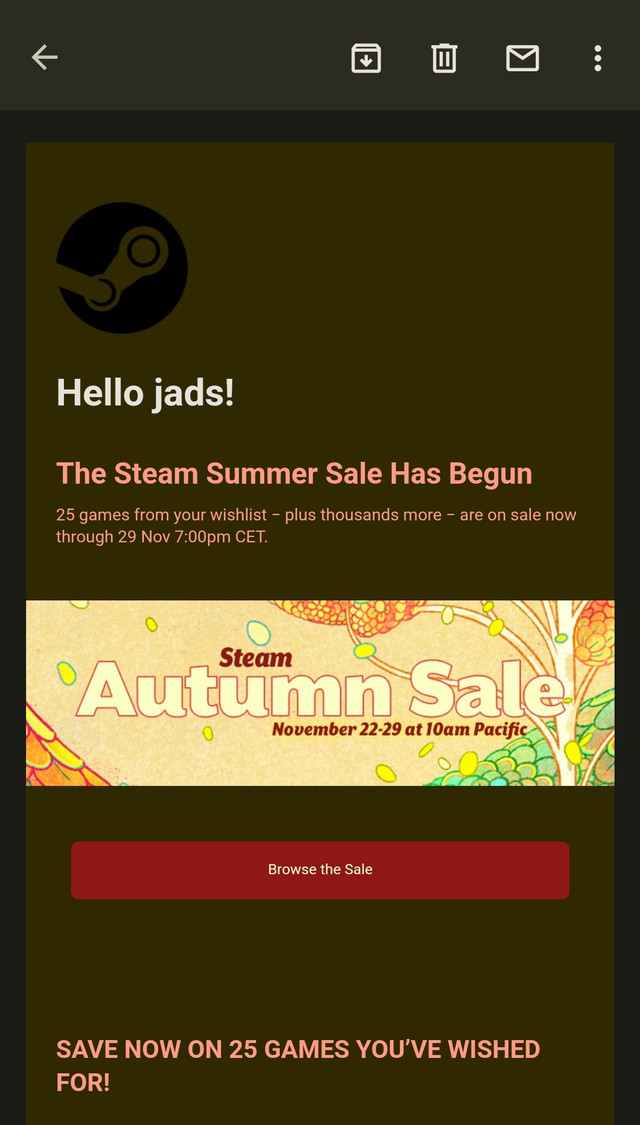 2022 has been and incredible year in gaming so far, doesn't matter if you're only into AAA games or indies it had a lot of quality releases.
Reactions: ExistentialThought and d00d3n

Save 93% on Unravel Yarny Bundle on Steam

Save 96% on Valve Complete Pack on Steam

30% off P5R and 40% off Gotham Knights this soon is nuts
Reactions: Kal1m3r0, Panda Pedinte, Cacher and 1 other person
OP

I wish I could nominate Pentiment for multiple categories.
Reactions: C-Dub, Panda Pedinte, lashman and 2 others

If only Activision could discount Sekiro for more than 50%...
Reactions: C-Dub, QFNS, PC-tan and 2 others 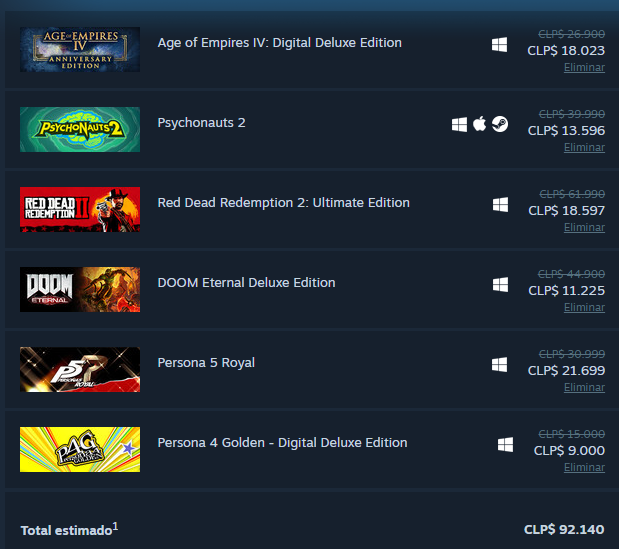 any other recomendations?
Reactions: C-Dub, fearthedawn, Joe Spangle and 6 others

My picks. Still need to find a way to fit Star Ocean 6 in there somehow.

I would have bought Tony Hawk & Scott Pilgrim if possible. Damn shame.

I liked Thief Simulator and all, but I couldn't stand how illegal it felt. My next simulator will be a little less extreme.

Wow ya that be cheap

So it looks like Steam Deck did actually end up selling over 1 million units so far.
Reactions: FeedMeAStrayCat, thekeats1999, Cacher and 3 others

No idea what to put on innovative gameplay, best game you suck at and sit back and relax, right now anyway. Also VR, but since it's possible to skip it that's not as annoying.
Maybe I'll swap Vampire Survivors into sit back and relax instead of game on the go. Decisions, decisions.

PC-tan said:
So it looks like Steam Deck did actually end up selling over 1 million units so far.
Click to expand...

Yeah, they had a cake and everything.
Reactions: C-Dub, ExistentialThought, PC-tan and 1 other person

Parsnip said:
Yeah, they had a cake and everything.
Click to expand...

On wards to 2 million now

None shall remember those who do not fight.

Or just clearer for indies? Also: what Xbox's latest results mean, and more.

We’re estimating PC-only Game Pass titles for our upcoming GameDiscoverCo Pro offering, and we think Total War: Warhammer III has about 300,000 Game Pass owners of any kind (Ultimate or PC-only). So sure, PCGP is ‘up 159% YoY’ - but that’s off a pretty low base number. (We’d be surprised if PC-only Game Pass is >1 million subs.)
Click to expand...

Okay, that probably explains things. I think I'll subscribe to the free tier of this newsletter.
Reactions: ExistentialThought

And that's Uncharted Lost Legacy done, what a game! I really enjoyed it a lot, it's beautiful and I hope we get more Chloe and Nadine games.
Reactions: sk2k, dummmyy, hersheyfan and 6 others

Bought Call of Duty Black Ops and Akiba's Trip 1. Couldn't fix the control of BO on the deck so I refunded it. Meanwhile, Akiba's Trip has a 10-min first launch ans no waiting time afterwards. I guess the initial setup on the background took a rather long time. Game runs really good though but to be fair, it was originally released on the PSP.