I really enjoyed the new Matrix movie but its clearly divisive. Several people in my cinema walked out before it ended.

I didn't like previous sequels and I heard so much crap about this one, from its cinematography to the choreography and story, I thought I would hate it. It's not so profound or thought provoking but I don't get the hate it gets, it's good and fun. Maybe it needed to be longer than one movie to better explain and pace some stuff is all. Up until it rushes to the end or maybe shows a little lack of purpose (like maybe they should have hinted they know of Trinity's importance to the whole The One deal beyond just being Neo's love before having a crew so eager to go on a suicide mission for her moments after saying it's impossible and explain the current machine factions/man dynamics better to show why it even matters, why they even have to go in The Matrix at all again, if they are among the people who want to live in real life instead and are allowed to do so) there's little there to even dislike and a lot to fangasm over in a good way similar to MGS2. I like how self aware it is in the first half and think the action scenes are great as they are and it's a good thing they didn't just retread bullet time and cryptic oracles to show most of it in full speed and full view. It's ace. I like the resemblance to Dark City's plot when it comes to Tiffany as well, that is one of my favorite movies ever and this doesn't feel like a cheap knock off (well, like The Matrix didn't feel like a Dark City knock off either despite the very similar themes).
Last edited: Dec 24, 2021

The thing with the new matrix movie, is that it is ok as a movie but awful as a matrix movie. None of the things that made the originals great is in the new movie. I didn't hate it but was very disappointed for sure. For me the biggest thing it fails at is the cinematography and the action. One can see glimpses of greatness but that is overshadowed by the execution.
Reactions: Valdien

Just finished watching the movie myself, even though I was fully aware it wasn't going to be good. There was nothing exciting or original; all the villians were lame as hell (It's damn near impossible to top Hugo Weaving as Smith, anyway), and the action scenes were weak. Some of the action sequences also had a lot of repeated ideas from the older movies, too.

But the thing I hated the most was the cheap slow-mo effect that was used on the characters while they were talking/moving about. What the hell is up with that? Felt amateurish & was highly distracting. It was like they were moving about at sub 10 fps.

kio said:
Finally, I watched the first season of The Boys, in fact finished it about 10min ago, and it was awesome. It has been a long time since a show grabbed me like this and I can't wait to find out how season 2 is goone disappoint me (because of course it will...).
Click to expand...

Self quoting to point out how wrong I was. Season 2 of The Boys was amazing and I'm eagerly anticipating what they'll do going forward. I don't think the show will last 5 more seasons, or that it should, but I believe a couple more should be enough to wrap things up and give a satisfying conclusion.
The show is such a great allegory of modern culture, we really need more things (movies, tv shows, books, music) like this to see if we can all wake up from the collective numbness we're currently living through.
Reactions: Li Kao, Cacher and EdwardTivrusky

Kind of stretching the meaning of the thread but the James Webb Space Telescope is looking good to launch today after delays yesterday.
Currently 5 minutes away from launch according to the counter! 1 minute to go....! ... and launched! Yeah! Final burn just started.

Been waiting for this for years and they have a green light for weather during the launch window so it's looking good so far.
Last edited: Dec 25, 2021
Reactions: LEANIJA, Stevey and Cacher

EdwardTivrusky said:
Kind of stretching the meaning of the thread but the James Webb Space Telescope is looking good to launch today after delays yesterday.
Currently 5 minutes away from launch according to the counter! 1 minute to go....! ... and launched! Yeah! Final burn just started.

Been waiting for this for years and they have a green light for weather during the launch window so it's looking good so far.
Click to expand...

Historic. Hopefully we won't discover something we ain't meant to know.
Reactions: LEANIJA and Stevey

Pre-ordered - Dune is 31st Jan and Haloween Kills is 17th Jan over here. 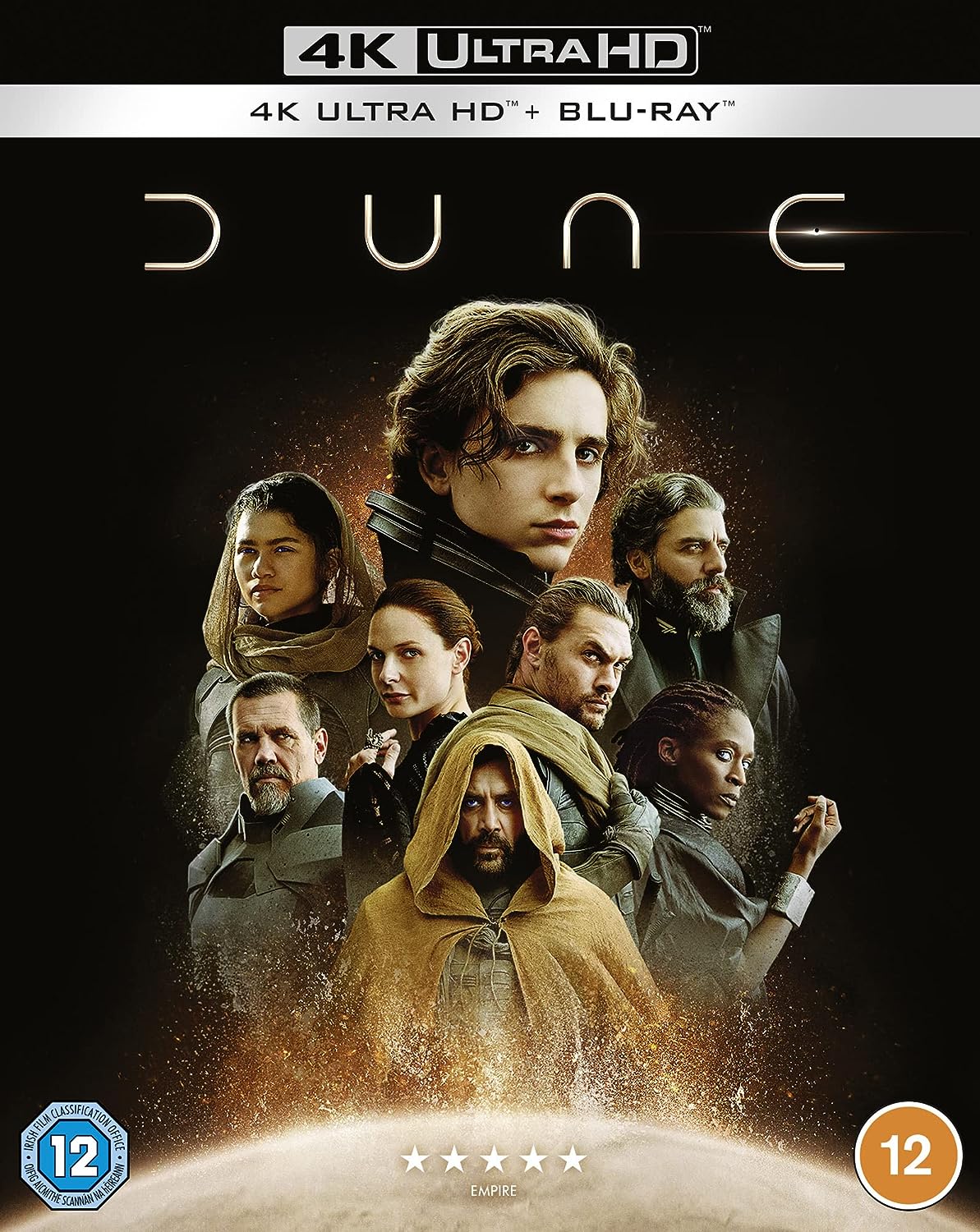 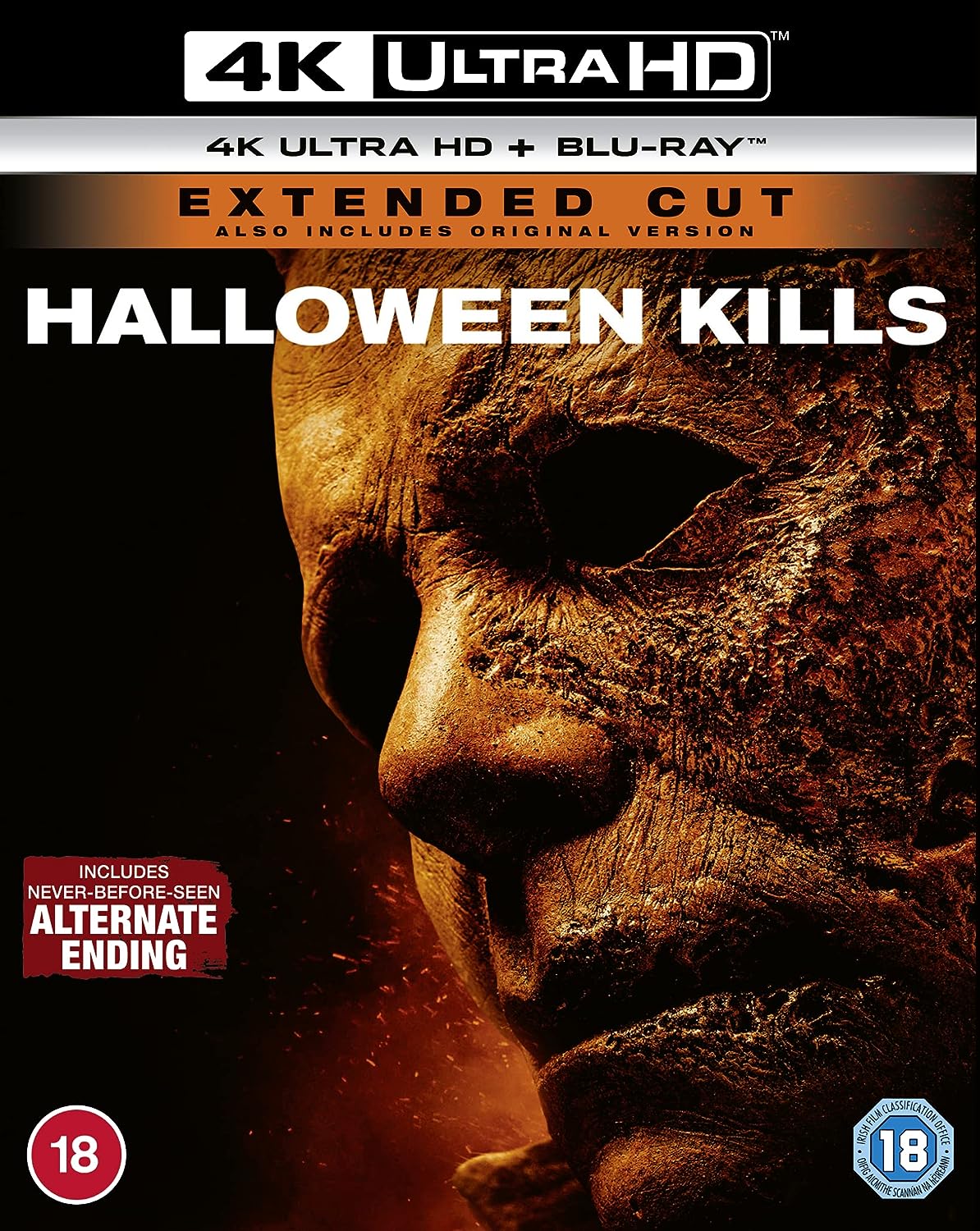 Not seen this for so long 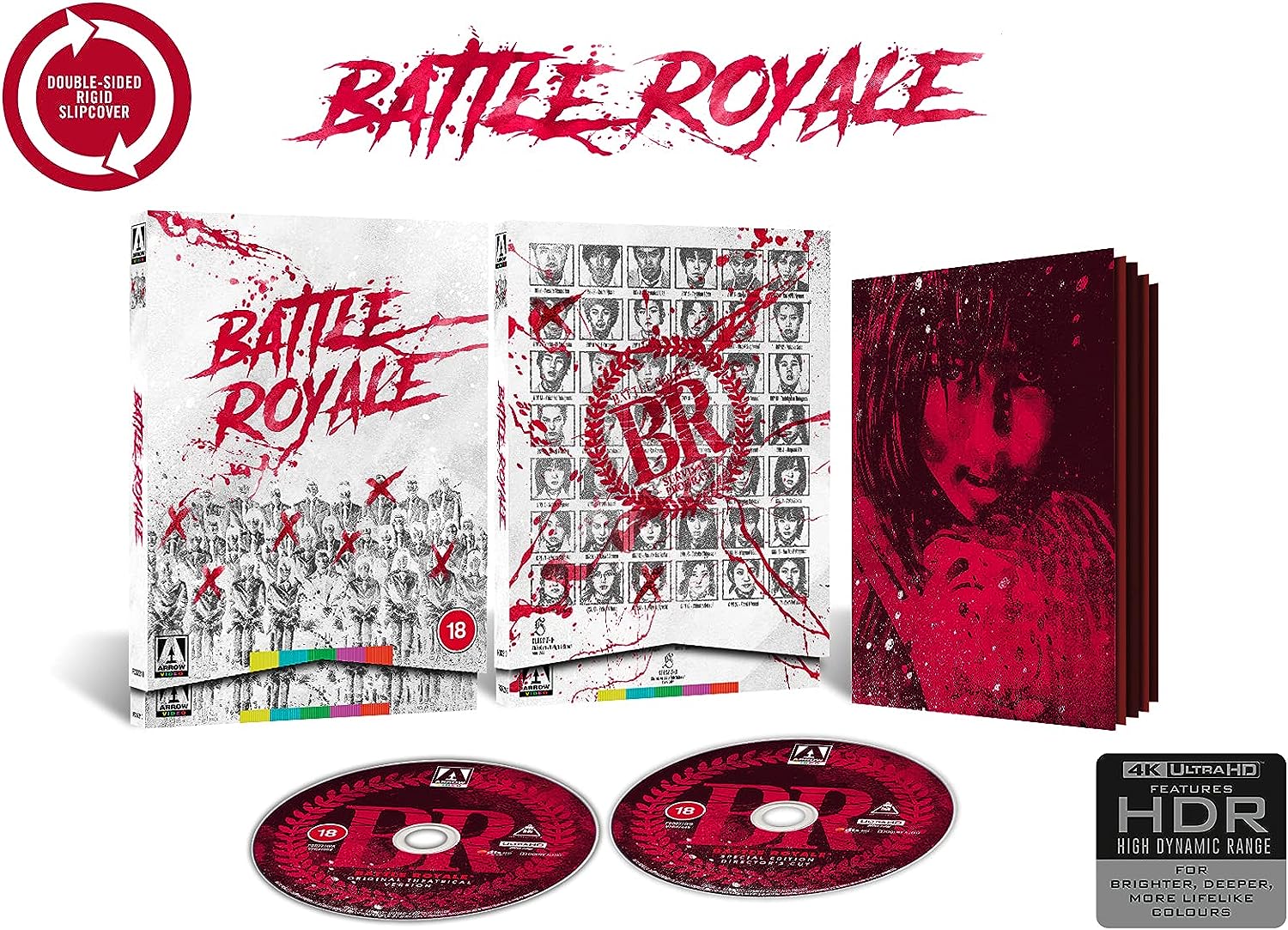 I watched the Danial Craig 007 movies over the last week or so while i grinded through an event in FGO on my phone. I quite liked them overall. Cannot believe how the last one ended, but still I loved that one too.

If I had one request for future Bond movies? Maybe a little more espionage and actual "spy" stuff.
Reactions: Cacher, dummmyy and Le Pertti

「Echo」 said:
If I had one request for future Bond movies? Maybe a little more espionage and actual "spy" stuff.
Click to expand...

I would love if they cast a young enough actor to actually go through all the original Fleming material again, and more faithfully this time – and set it in the 50s and 60s when it all took place. Bond was out of time since the 90s, basically, I think it would do him good to be back where it started.

I just watched "Death to 2021" on Netflix, basically the same as "Death to 2020" – at times it felt like we already watched it, because its copying its own formula. Still, entertaining enough. And, of course, spooky how crazy some people have become these last couple years.

Also watched "Don't Look Up" on Netflix, a satire about a massive comet heading towards Earth with a 100% chance of impact and annihilation of all life – but people arent taking it seriously, including the US president – and a billionaire sees profit and ignores the danger. It all seems very plausible

I've also followed this for years. I'm glad that finally happened and looking forward to what results it will bring us. Exciting =)

Edit: adding the links to the mentioned films:

I’m quite liking book of boba fett. I liked his time with the tusken raiders .

Really enjoyed Dexter New Blood. Overall it was a nice rebound from the previous series finale which was awful. Episode 9 in particular was fucking incredible and felt like classic peak Dexter.


I was somewhat disappointed by episode 10. After the incredible episode 9 I was hoping that the series would continue for another season maybe with Dexter outed and on the run, but they probably made the right choice to go out while they were on a good run quality-wise. I was feeling too greedy.

Honestly, I was never a fan of Dexter getting punished for his crimes rather I was just hoping that the character would simply fade away, but the show-runners seemed to be really obsessed with him either dying or getting capital punishment. Anyway, it was great to see Michael C Hall bring that character back.

Le Pertti said:
I’m quite liking book of boba fett. I liked his time with the tusken raiders .
Click to expand...

THe first ep was pretty average but the 2nd was great
Reactions: Le Pertti

No idea what I'll see next but I need to find the time to watch matrix and dune.
Maybe The Expanse ends in a couple of weeks and I'll watch that.

Just finished Wheel of Time, wasn't into at first but by the end I was quite into it! But it was little weird to see Josef Fares brother haha
Reactions: Pommes

Watched The Power of the Dog, what a shit ending and what a fucking let down. Do not watch.

I thought it'd culminate to a redemption arc for rugged violent closeted gay Phil warming up via Peter and everyone being better off but the little psychotic dipshit just saw a way to murder him on the sly with the anthrax poisoned cow's hide he gave him to use for the rope that was lovingly made for him?!

So apparently S06E06 of The Expanse is the final of the series from what ppl say. I really liked most seasons, it's an awesome sci fi show like BSG minus the shit that became by the end but, I'd never guess that's the last we'll get, there are things introduced in the season that go completely unresolved, it's more like a cliff hanger for what comes next, I don't understand, it feels like any other season that would go on to continue the story, nothing hints at the end of anything.

Like the ships getting lost through the gates, was that really introduced only to get them to clevery kill Inaros through that or what? And what's going on with the kid resurrected and seeing shit like protomolecule vision or what's being created above the planet's sky again presumably by the protomolecule?

I watched the following recently:

The Matrix 4
Not a bad movie!

A Star is born
I liked it.

(and this is why I dont write more reviews )
Reactions: Yoshi, Pommes, Li Kao and 1 other person

Alextended said:
So apparently S06E06 of The Expanse is the final of the series from what ppl say. I really liked most seasons, it's an awesome sci fi show like BSG minus the shit that became by the end but, I'd never guess that's the last we'll get, there are things introduced in the season that go completely unresolved, it's more like a cliff hanger for what comes next, I don't understand, it feels like any other season that would go on to continue the story, nothing hints at the end of anything.
Click to expand...

I heard that their is a time jump of 30 years after book 6 (and therefore season 6).
As far as I know the authors of the book series are involved in the TV production and they thought that this was a good point to stop (for now).
It would probably also be hard (expensive) to age up the actors accordingly.

And I have to say it was very good. All the stuff with the future, Alexa, blade runner, NFTs and Cartman was amazing. A lot of good laughs.

I haven't watched much of that show in the past 10-12 years but they definitely still got it.

Being in a comic book mood right now, I would really like to watch Peacemaker
I guess I could try some VPN shenanigan, but then again, I'm pretty sure the only subs I will get are EN (ok, I guess) and fucking closed caption (vile shit).

Not pleased. At all.
Just for the sake of it, is there a dominant VPN these days one should sub to ? I'm not sure I will do it, but hey.

Stevey said:
Not seen this for so long
Click to expand...

Super tempted to buy this even though I already own the limited edition blu rays. Owning an OLED HDR TV is a double-edged sword. 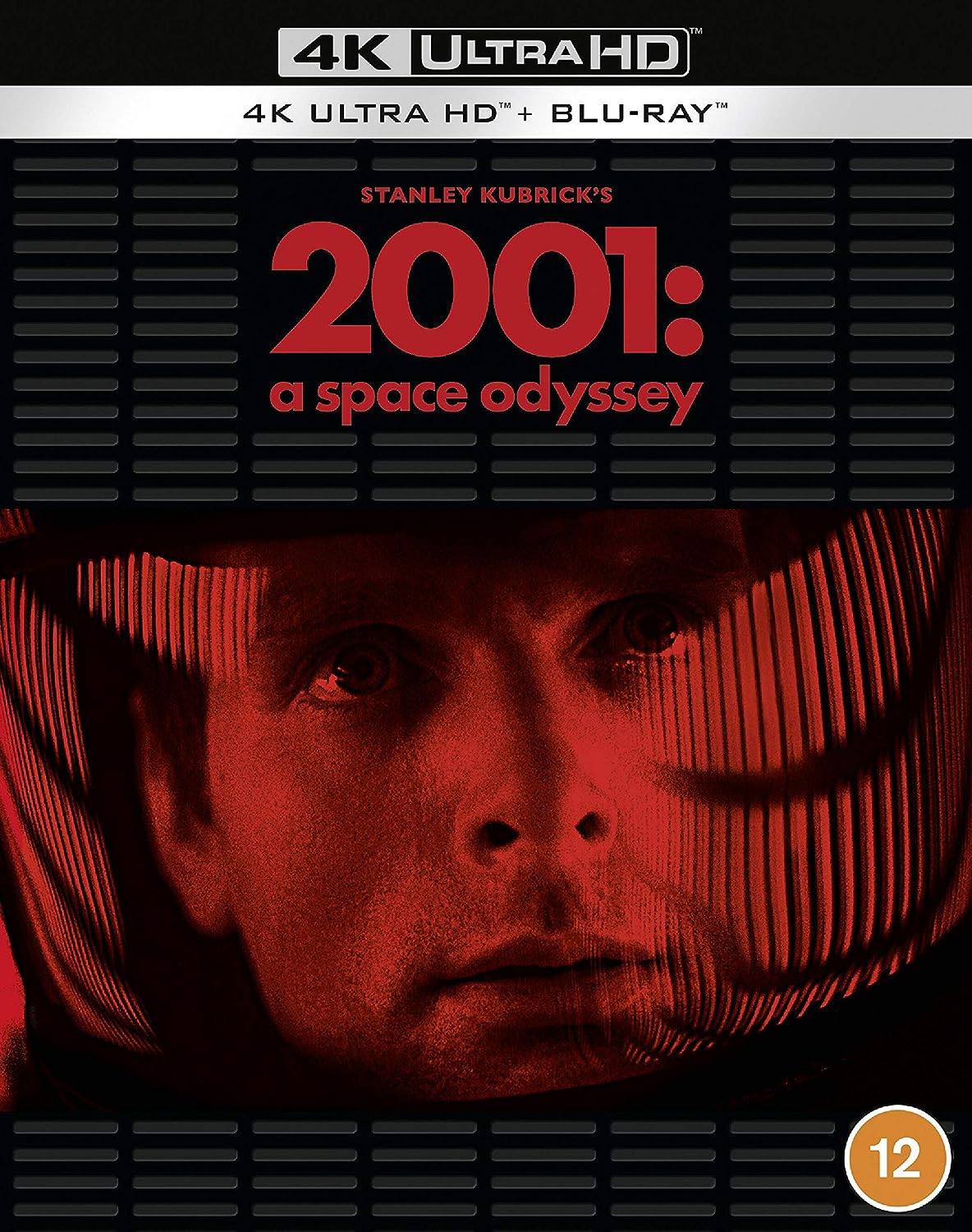 Let's see how this will turn out: