As much as I like American Football, I hope the season doesn't last, just as a lesson learned. They should've never started the season without huge precautionary precedents. Bubble, NO FUCKING FANS, etc.
Reactions: warp_

yeah i feel the same way. nfl is life

but going in with zero real covid plans was a foolish move
Reactions: dummmyy

warp_ That was one of the most infuriating losses
Reactions: warp_

dummmyy said:
warp_ That was one of the most infuriating losses
Click to expand...

heated isn't even the word for how i felt watching it...check passes galore, no one could hold on to the damn ball, zero defense, endless penalties including one that cost us a touchdown fuuuuuuuuuuuuuck
Reactions: dummmyy

warp_ said:
cost us a touchdown
Click to expand...

That fucking illegal formation!!!! MANNNNN I couldn't believe it. Everything was going well offensively, but man, defense just checked out yesterday. At least we got MNF tonight. I like Mahomes, so that'll be nice. Gonna order some wings and cry about Raiders losing while watching MNF.
Reactions: warp_

oh right, two games tonight. i ain't mad at that even if it is for kind wack reasons.
Reactions: Trisolarian and dummmyy

Raiders march on again! Win next week and they make the Grand Final (Superbowl). Beat the team this week that they lost to in last years grand final mostly due to dodgy refereeing.

Huh the raiders actually did it
Reactions: warp_

Seahawks did it or Vikings choked?
Reactions: Rockin' Ranger

NarohDethan said:
Seahawks did it or Vikings choked?
Click to expand...

Can't really fault the vikings for going for it since they've been running the ball really well the whole game.

Gotta go for the throat there. Besides if you can't pick up a couple of yards you got no business winning on the road like that.

Also Wilson has been so good he probably would have beaten you regardless in OT even if you kicked that FG.
Reactions: NarohDethan

That was the dumbest fucking shit I've ever seen. What the fuck Seattle?!

C'mon packers, do something, JesusChrist

NarohDethan said:
C'mon packers, do something, JesusChrist
Click to expand...

Feels like the Packers are feeling it too with the last few plays. That last interception!
Reactions: NarohDethan

WHAT THE FUCK ARE THE PACKERS DOING OH MY GOD
Reactions: Rockin' Ranger, QFNS and yuraya

NarohDethan said:
WHAT THE FUCK ARE THE PACKERS DOING OH MY GOD
Click to expand...

Brady gifted them 3 INTs and Packers only came away with 6 points off those turnovers. Really crazy but that loss is all on Rodgers and GB offense. They choked so hard lol.
Reactions: Rockin' Ranger and QFNS

yuraya said:
Brady gifted them 3 INTs and Packers only came away with 6 points off those turnovers. Really crazy but that loss is all on Rodgers and GB offense. They choked so hard lol.
Click to expand...

So sad that Brady was gifted that underserved win. I can only hope that Mahomes totally destroys him in the superbowl.

Happy with the season the Browns had. Now spend all draft picks on the defense pleaseeeeeeeeee
Reactions: QFNS and NarohDethan

They supposed Eagles trade has me rofl'ing. Wentz + 2nd Round Pick to Bears for Foles, Tarik Cohen and a 1st Round pick.

Looooooool. Bears fleecing themselves here. I hope it's true.

Not gonna lie that was super cool. I know its bad sportsmanship to taunt like that but it was rad to see them clearly getting into it in a non-violent way. Taunting like that is way cooler than when they just get into fights.
Reactions: dummmyy and Rockin' Ranger

He even upped Peyton one by not just winning with a new team but winning immediately in the first year after going to a new team wtf.

He really is a living football legend. Also he should have 9 rings but Eli had to literally cast spells on the field to win that 2007 chip. And in that Eagles loss Pats defense was absolute trash but Brady was great. He deserved that one too.

I can't see this having a positive effect on the Olympics at all.
I understand their concerns but i expect to avoid the news even more over the next few months, it'll be even more of a jingoistic ceespool than it is already.

EdwardTivrusky said:
I can't see this having a positive effect on the Olympics at all.
I understand their concerns but i expect to avoid the news even more over the next few months, it'll be even more of a jingoistic ceespool than it is already.

It will be a major loss of money for Japan. No international visitors, no money to cover the extreme costs for the facilities and arrangements done to prepare for the Olympic games.
Reactions: dummmyy

ganmo Lots of money lost everywhere. I know some people who have been putting in cancellation requests on their hotels, travel etc as they were planning on going to Japan for the Olympics and they are wondering about what percentage they'll get back due to non-refundable fees and taxes.

Hasn't Japan been offered an event in 2032 which will help recoup the losses from the work they've done already? I know it's a few years away but it's better than nothing and a lot of the required work is already done.

The multitude effects of COVID are going to be with us a long time unfortunately.

My housemates are very into F1 and follow it quite closely but i kinda drifted away from it a few years ago and only really poke my head in now and then tbh.

That was a good race. Let's hope that the rest of the season is equally entertaining,
Reactions: NarohDethan

Perez coming from dead last to be 3rd at one point was insane. Ferrari decided to show up as well, and a great race for McLaren.

I'll just leave this here and show myself out...

All Mazespins in one place

Well that was another exiting race. When this continues it will absolutely the most entertaining F1 season in years.

Someone needs to tell Tsunoda to chill, dude's has a very hot temper lmao

NarohDethan said:
Someone needs to tell Tsunoda to chill, dude's has a very hot temper lmao
Click to expand...

He is still young. Let's hope that he will learn. And hopefully he will not be crushed by Red Bull.
Reactions: NarohDethan

The super league is official: 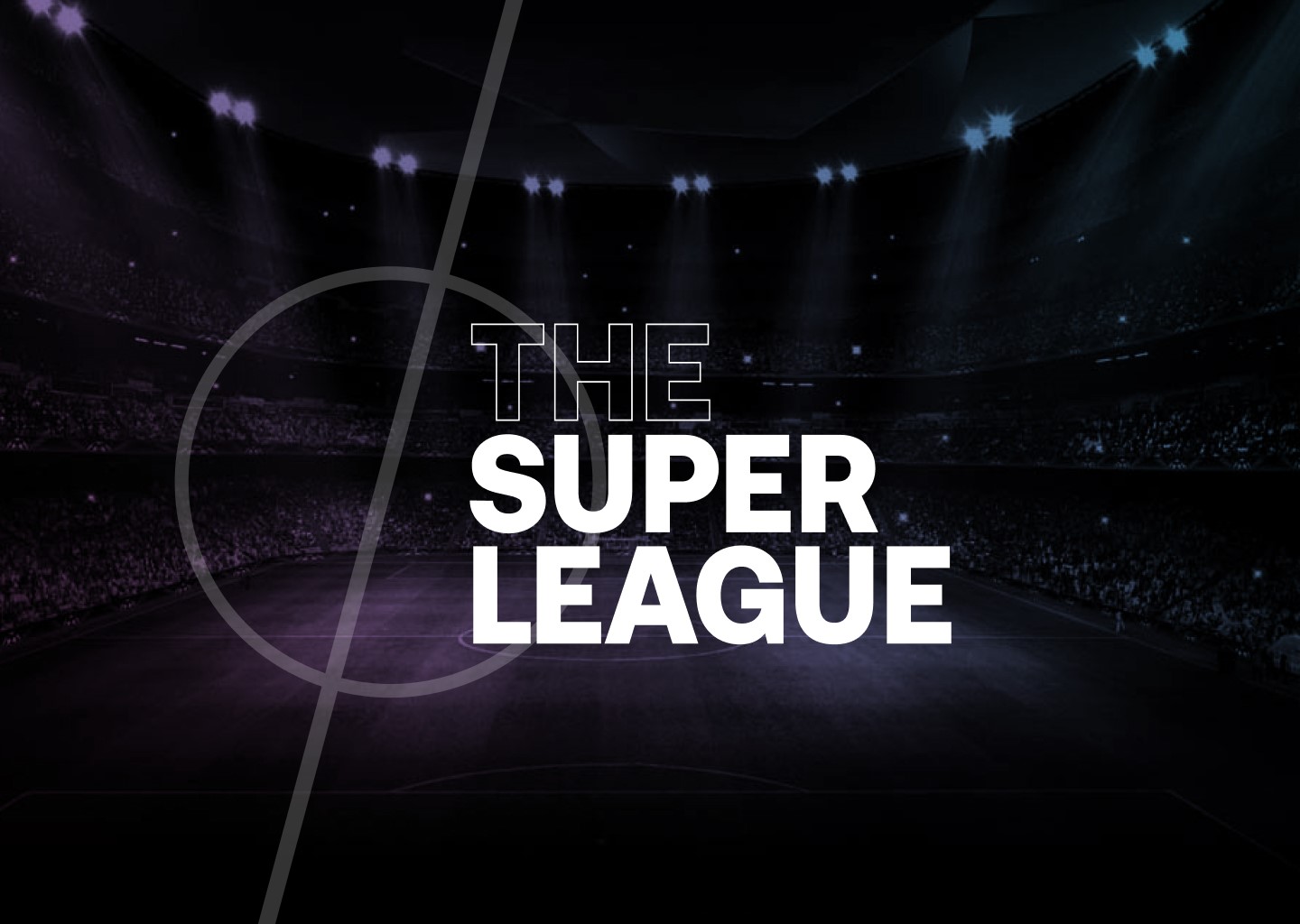 The Super League is a new European competition between 20 top clubs comprised of 15 founders and 5 annual qualifiers.

This will be a very fun week fellow football fans!
Reactions: yuraya

The Super League is a new European competition between 20 top clubs comprised of 15 founders and 5 annual qualifiers.

This will be a very fun week fellow football fans!
Click to expand...

Soccer in Europe has always been a structural mess that is too confusing and difficult to follow for many around the world. There is so many stupid things about it like all the different leagues, lack of salary caps, home/away goal differentials, etc.

It was only a matter of time before they made something more streamlined and make up money for all the pandemic losses. In the end there is too much money to be made for the popular teams and they aren't gonna sit around doing nothing.

Honestly all the leagues in Europe should have implemented a salary cap a long time ago. I don't know if they do luxury taxes but you allowed these teams to become bigger than the sports itself and now they can do wtvr the fuck they want. The same shit ruined baseball in America for decades and now its just a regional boomer sport whose ratings are suffering.

FIFA is going to nuke this

NarohDethan said:
FIFA is going to nuke this
Click to expand...