Community The Comics & Manga Thread - From Cape books, to Shonens, to Webcomics, to Shoujos, to Alternative, to Manhwas & more!

Kaido down, finally. Can't wait for Rocks flashback to know the rest of the past. Next few chapters will be fun to see the aftermath.
Last edited: May 13, 2022
Reactions: Cacher
OP

Gerry Dugan's X-Men run is quite good, and Pepe Larraz's art is spectacular.
It's main a group of X-Men going about in superhero adventures and for once, the X-men are liked!

It's mainly a Jean led series with each member of the team getting a spotlight in an issue from what I've seen but it's been great fun. 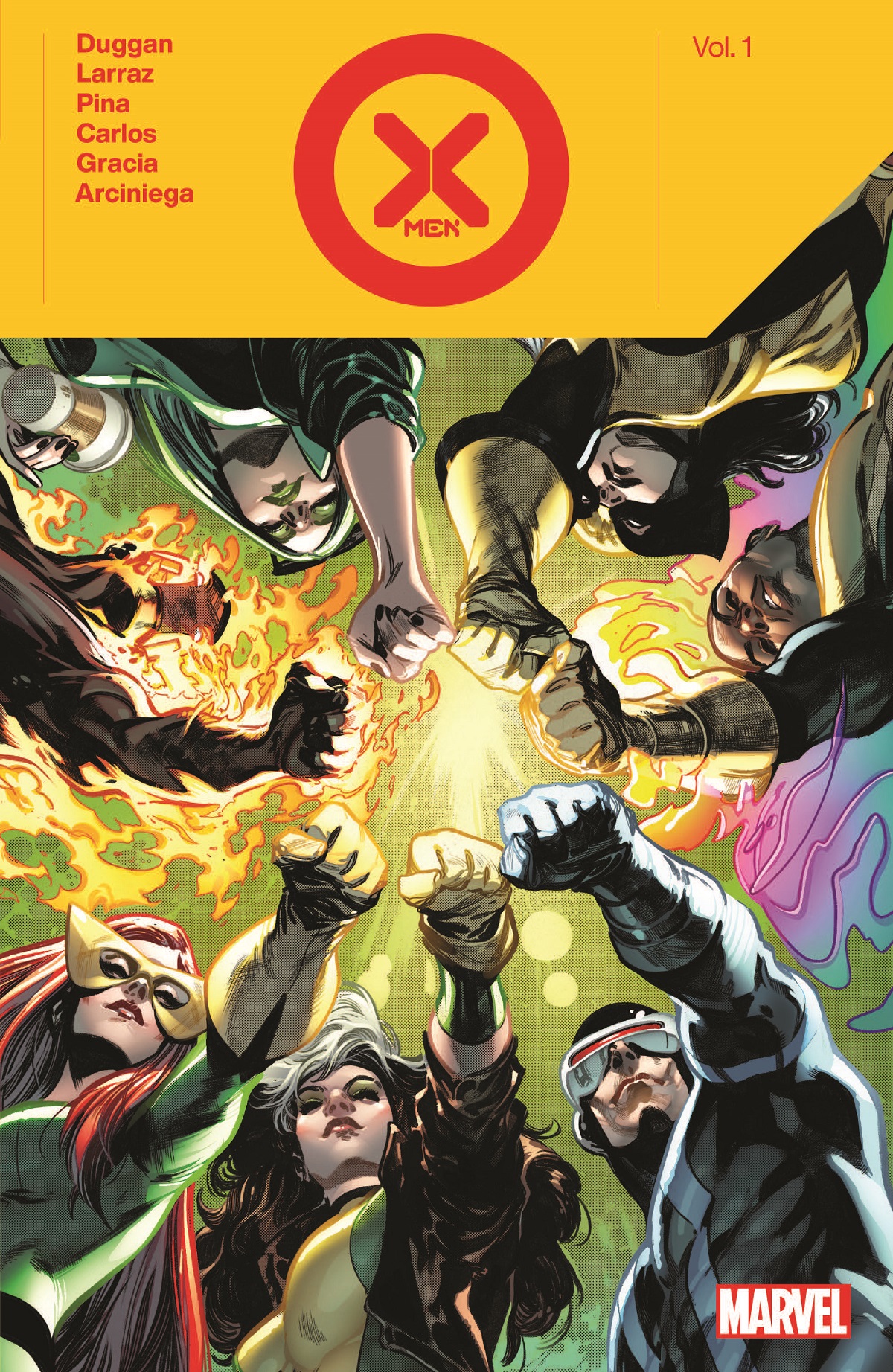 Momo is looking good, I think despite him being a crybaby Oda did a good job with his character, he's only 8, and his dad was just killed several months ago for him and the scabbards, and was traumatized, Oden was a beast when he was a kid because the dude was just built different, but Momo still confronted a Yonko at the age of 8 and helped the future pirate king. Dude will have a lot time to grow too.
Reactions: Cacher

Not sure how to feel about this, but we'll see.
Reactions: thekeats1999 and Cacher

Oda is going to Africa (likely for the One Piece drama) and (I read wrong) is going to rest for a month. Two episodes left before the hiatus.

Oda did it, made Buggy an emperor Wonder how he even got there within the month. I'm surprised he was able to squeeze in so much in a chapter, green bull looks like a beast and that power seems terrifying, the kaido commanders look like chumps even though they might still be wounded. So Pluton is on Wano, I've seen people making guesses but rarely Wano because most of them thought it resided on Alabasta and all theories revolved around uranus instead. Curious where this will go since we know something happened with Vivi there in reverie. A really good chapter before a long deserved break.
Last edited: Jun 17, 2022
Reactions: Ascheroth and Cacher

Been checking out some of the new series that are starting again.
My absolute favorite by a country mile is Ruri Dragon. It's fan-fucking-tastic.

The story of a young dragon girl being lazy, doing her best...and being lazy again. A new series begins!
Click to expand...

Slice-of-life where a girl one day suddenly wakes up with horns growing out of her head and learns her father is actually a dragon.
What makes this so good is that everyone is just super chill about everything and it's just fun and comfy. 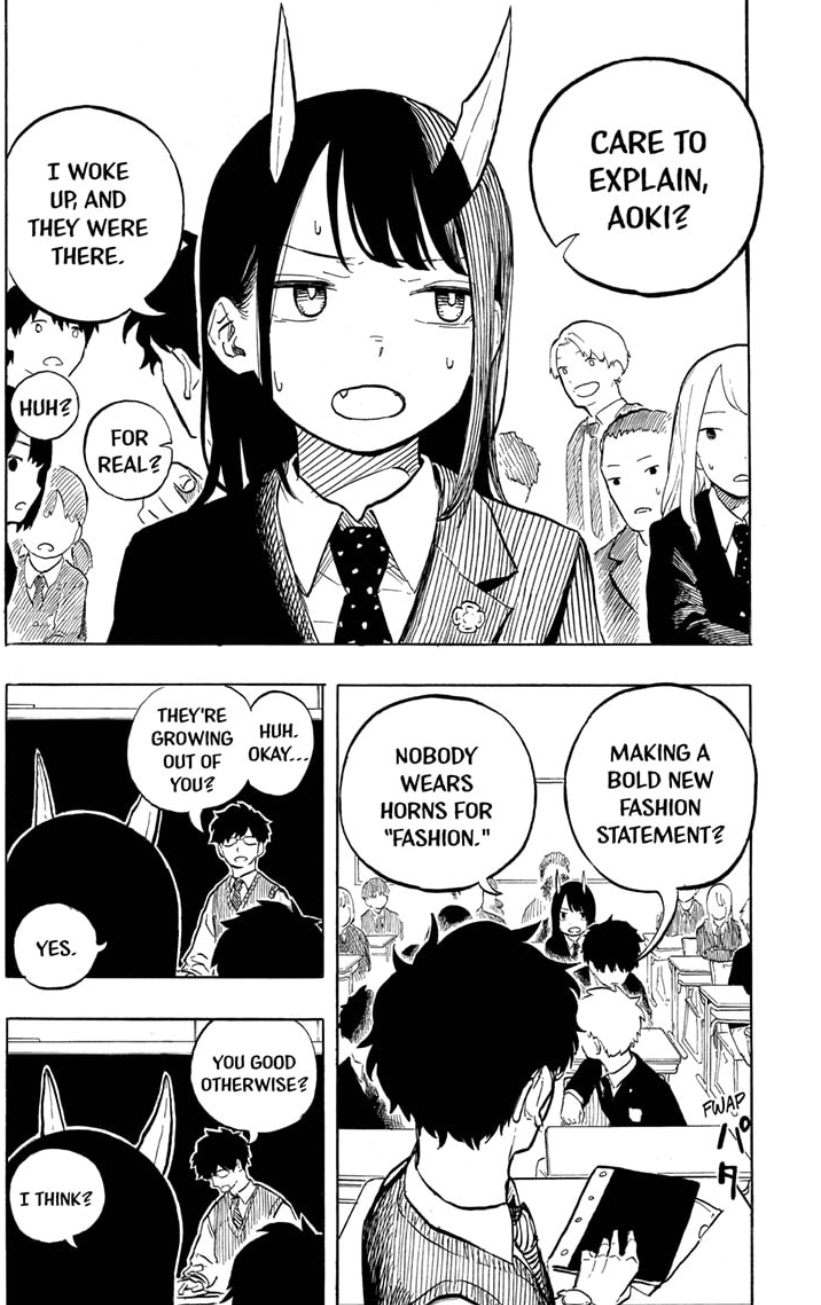 What would you do if you had a smartphone that let you look up anything? Secret documents, security camera footage, a certain person's text messages, where people dropped money... This smartphone lets you do the impossible! Jump's newest suspense thriller begins!
Click to expand...

I honestly only checked it out because the blurb made it sound like a trainwreck in the making. But shockingly enough it's actually pretty good. Feels a bit Death Note-ish.


The other one is Aliens Arena but it's pretty unremarkable. Battle Shonen but with aliens this time.
Reactions: curi0usBystander

If you want to see my manga, comics from China, and art books — I'm on Instagram: @guiltyofbeing.

ONE PIECE IS BACK

HOLY SHIT SHANKS, AND YOU GO FUCK THAT ADMIRAL UP MOMO

What a great chapter after that void month. 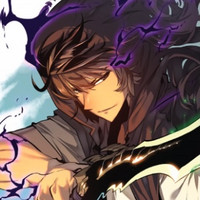 I wish Humble had a way of telling me what I have in a bundle. I know this is by design, but I'm not sure it's working in their favor.
There is a new 2000AD bundle and I'm not sure I can be arsed to sift through it to see what I have or not.
Reactions: thekeats1999

Li Kao said:
I wish Humble had a way of telling me what I have in a bundle. I know this is by design, but I'm not sure it's working in their favor.
There is a new 2000AD bundle and I'm not sure I can be arsed to sift through it to see what I have or not.
Click to expand...

Thanks for the reminder. I was meant to grab this set when it first released. Started reading 2000AD around issue 400 (came with a Dune sticker album). It has been something I always go back to. Currently playing catch up on the last 4 to 5 years of isses (so about 250 to go).

Zenith by Grant Morrison & Steve Yeowell (still miss his artwork), Zenith is a superhero story (rare for 2000AD) that works as both Lovecraftian Horror and a deconstruction of Super Heroes. Works almost like a prototype for some of the stuff he would do for DC later on.

The Balad of Halo Jones - Alan Moore & Ian Gibson. Worth it for the Ian Gibson artwork alone. But Alan Moore created a great female protagonist. Unfortunately incomplete as an overall storry as the plan was to do 9 volumes covering her teenage life to an old woman. Alan Moore being Alan Moore he had a falling out with editorial staff and left writing for 2000AD. However don't let that put you off. Each story is more or less self contained with only the charactisation carrying through.

Scarlet Traces - Ian Edington & D'Israeli. A "Sequel" to War of the Worlds. The British beat the Aliens. They managed to reverse engineer the Alien tech and are now a world super power dominating the rest of the world. Yet there is a price to pay for this. The north of England is now a poluted wasteland. Scotland barely exists. This is still ongoing and what starts out as a detective story with a back drop of Alien Tech becomes something so much bigger.

Insurrection - Dan Abnett & Colin Macneil. Dan Abnet was given the remit of writing a 40K style story in the Dredd univers and that is as great as it sounds. Oh and has great artwork by the great Colin Macneil.

Judge Dredd: America - John Wagner & Colin Macneil. Don't let the name fool you. Dredd is barely in this but when he is, it is effective. This is a look at what it is like to be a citizen in the Big Meg and fighting for Democracy against a totalatarian state. It is a very brutal depiction of the Judge system, the cost of liberty for protection. For something written back in 1990 it still has relevance today.

There are plenty of others in there worthy of your time as well like the Case Files 1-5, although I would start reading it from the Cursed Earth saga in the second volume, but it covers some classic old stories. Absolum is a fun supernatural series. Think the Sweeney blended in with a horror series. Age of the Wolf is a fun series if a little throwaway.

All in all this is a pretty good collection with not too much to be disappointed in.
Reactions: Li Kao

On that note, don't tell me the collection was canceled ? There doesn't seem to have been a release in 2022.

On that note, don't tell me the collection was canceled ? There doesn't seem to have been a release in 2022.
Click to expand...

Yup, I just checked. So either they stopped doing the digital version or more probably a dumb delay between physical and digital (last one is #38 in digital)
If I understood correctly, they are catching up, relatively recent issues.
...
Hmm, yeah, not really. 800 or so issues is very relatively recent.
Reactions: thekeats1999

I tend to use their own store as they are DRM free purchases and a choice of CBR or PDF on the website. But I do use their app for reading on a tablet.

Was just off to the 2000AD website to grab the digital version of Leviathan (an excellent read and a one off story, Titanic type vessel goes missing into another dimension 10 years on the crew and passengers aren't doing too well).

Anyway, noticed a link to an animation that Mashed did based on another comic from 2000AD called Absolom. Well worth a watch, especially as it's only about 6 minutes long as well. I will warn you the language is very British and a little bit bloody. But overall very faithful to the comic and hope they do more.

"The language is very British", sounds like a huge positive to me! Let's Gooooooooo!
Thanks, i'll give it a watch.
Reactions: thekeats1999

Read the best Image Comics of the 2010’s, including Saga, Sex Criminals, and Injection. Help us help them celebrate their 30th birthday in style.

I may have to grab this. £21 for 9 volumes of Saga seems like a bargain. Everything else is just icing on the top.

We’ve teamed up with Dark Horse for our newest manga bundle featuring the classic Lone Wolf and Cub series. Pay what you want & support charity!

Also this looks like a good bundle as well. its been a long time since I read crying freeman.

However what I really want to reread is Outlanders. I used to love that series so much. Unfortunately the licence expired a long time ago. I used to have the complete run, but sold it on a long time ago. One of those things I regret now, like selling on my copies of Akira that where published by Epic Comics.
You must log in or register to reply here.
Share:
Facebook Twitter Reddit Email Link
Top Bottom